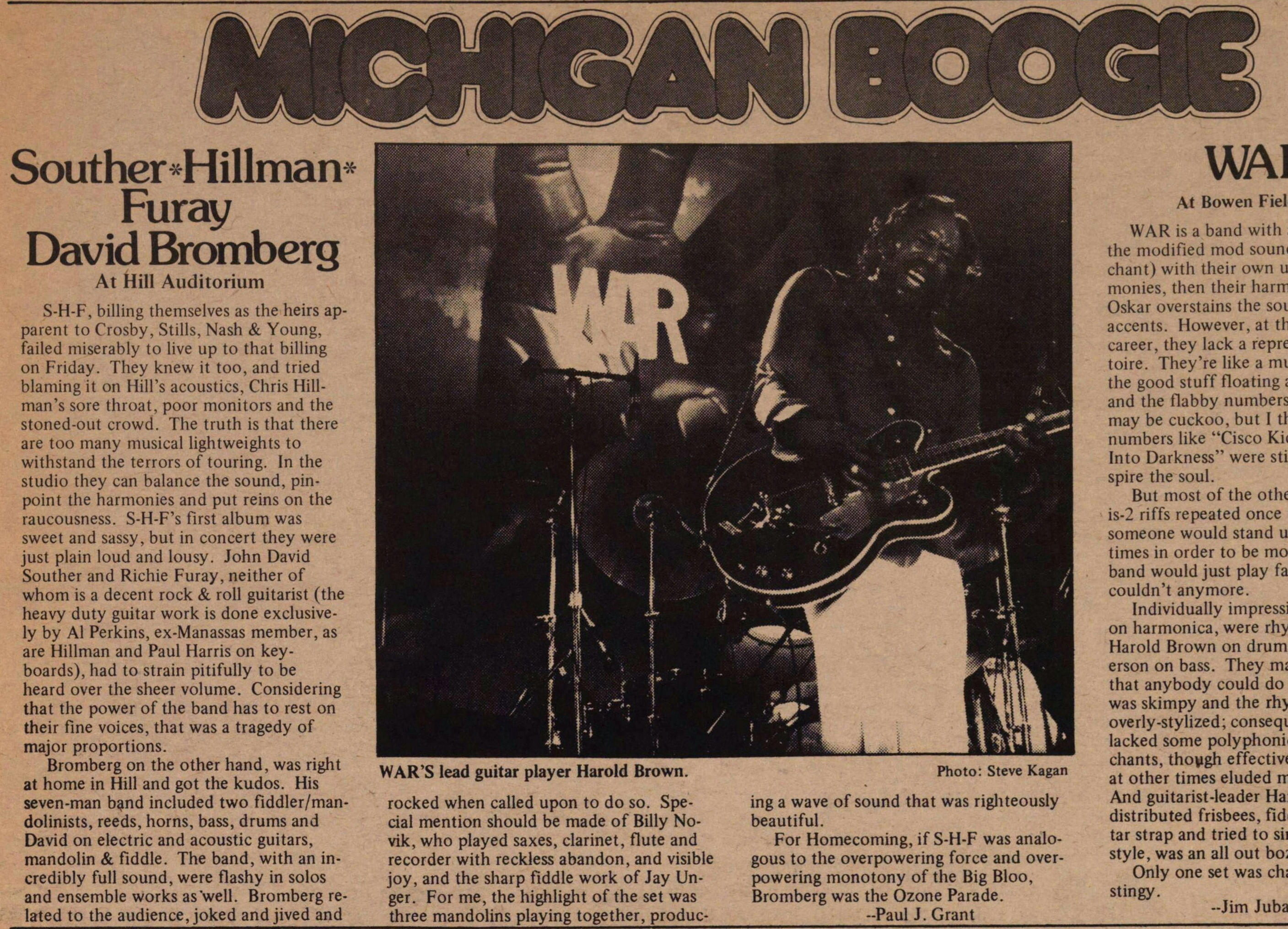 S-H-F, billing themselves as the heirs apparent to Crosby, Stills, Nash & Young, failed miserably to live up to that billing on Friday. They knew it too, and tried blaming it on Hill's acoustics, Chris Hillman's sore throat, poor monitors and the stoned-out crowd. The truth is that there are too many musical lightweights to withstand the terrors of touring. In the studio they can balance the sound, pinpoint the harmonies and put reins on the raucousness. S-H-F's first album was sweet and sassy, but in concert they were just plain loud and lousy. John David Souther and Richie Furay, neither of whom is a decent rock & roll guitarist (the heavy duty guitar work is done exclusively by Al Perkins, ex-Manassas member, as are Hillman and Paul Harris on keyboards), had to strain pitifully to be heard over the sheer volume. Considering that the power of the band has to rest on their fine voices, that was a tragedy of major proportions.

Bromberg on the other hand, was right at home in Hill and got the kudos. His seven-man band included two fiddler/mandolinists, reeds, horns, bass, drums and David on electric and acoustic guitars, mandolin & fiddle. The band, with an incredibly full sound, were flashy in solos and ensemble works as well. Bromberg related to the audience, joked and jived and rocked when called upon to do so. Special mention should be made of Billy Novik, who played saxes, clarinet, flute and recorder with reckless abandon, and visible joy, and the sharp fiddle work of Jay Unger. For me, the highlight of the set was three mandolins playing together, ing a wave of sound that was righteously beautiful.

For Homecoming, if S-H-F was analogous to the overpowering force and overpowering monotony of the Big Bloo, Bromberg was the Ozone Parade.