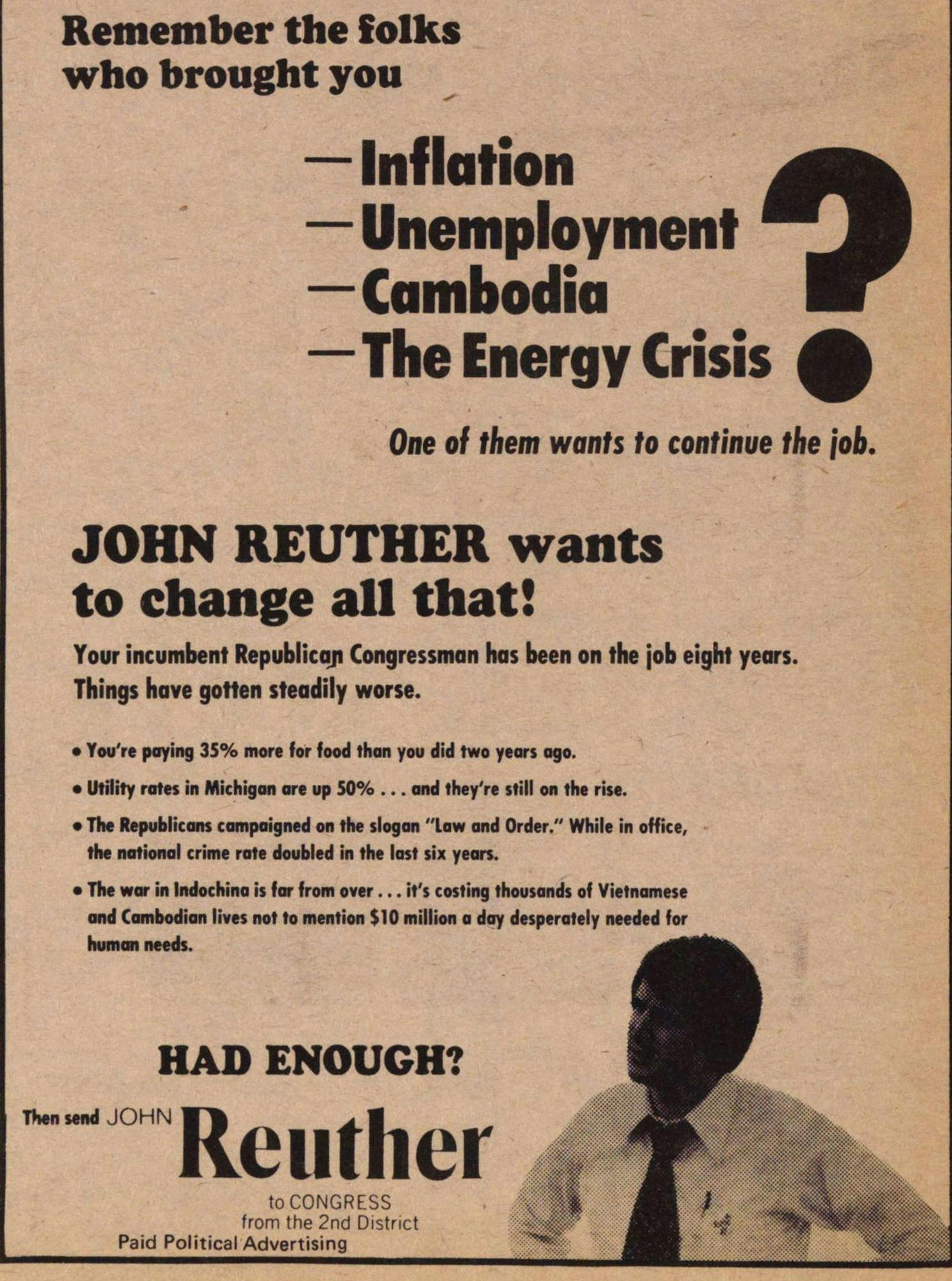 Remember the folks who brought you

One of them wants to continue the job. ?

JOHN REUTHER wants to change all that!

Your incumbent Republican Congressman has been on the job eight years.

-You're paying 35% more for food than you did two years ago.

-The Republicans campaigned on the slogan "Law and Order." While in office, the national crime rate doubled in the last six years.

-The war in Indochina is for from over . . . it's costing thousands of Vietnamese and Cambodian lives not to mention $10 million a doy desperately needed for human needs.

from the 2nd District