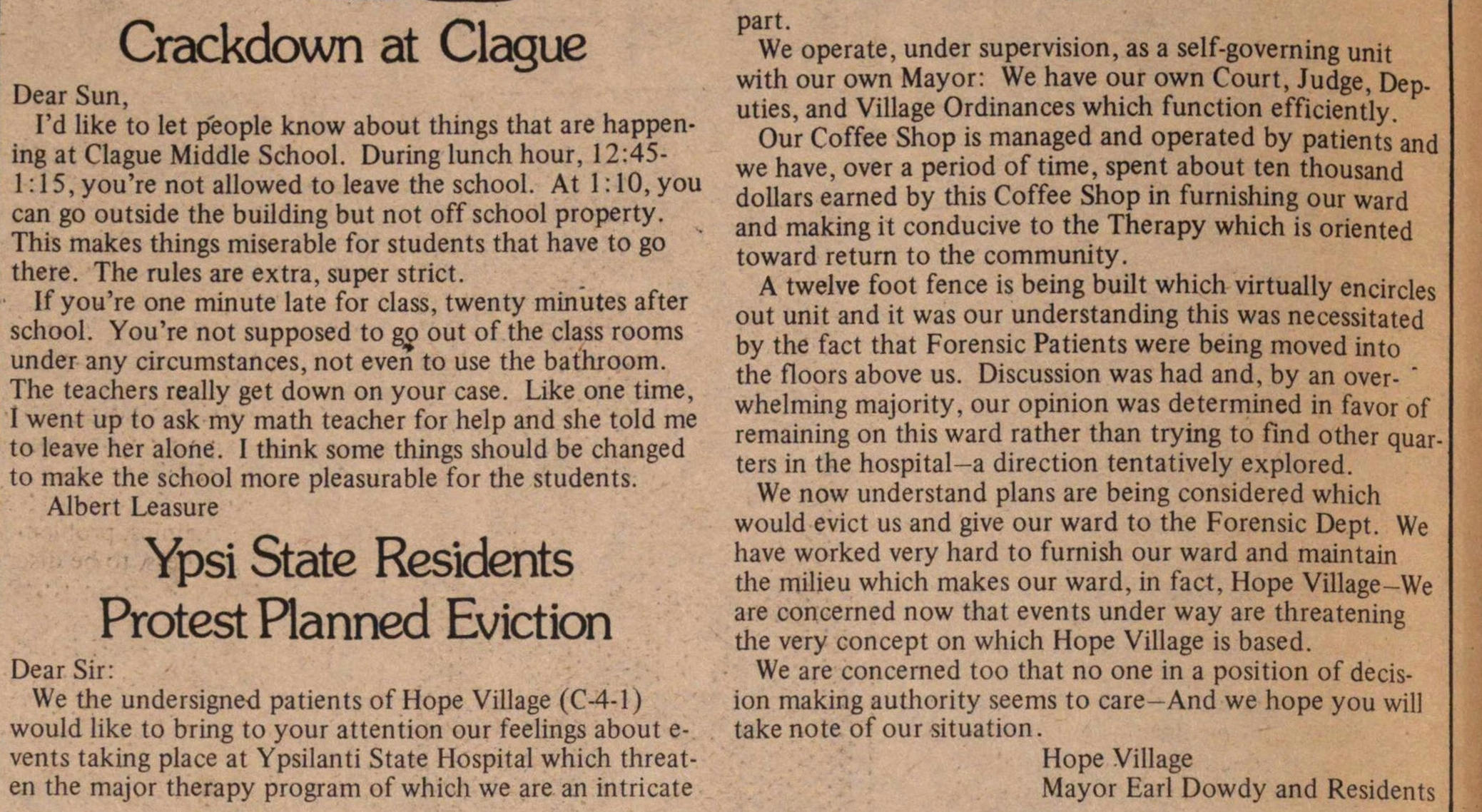 Dear Sir: We the undersigned patients of Hope Village 1 ) i would like to bring to your attention our feelings about t vents taking place at Ypsilanti State Hospital which threaten the major therapy program of which we are an intricate part. We opérate, under supervisión, as a self-governing unit with our own Mayor: We have our own Court, Judge, Deputies, and Village Ordinances which function efficiently. Our Coffee Shop is managed and operated by patients and we have, over a period of time, spent about ten thousand dollars earned by this Coffee Shop in furnishing our ward and making it conducive to the Therapy which is oriented toward return to the community. A twelve foot fence is being built which virtually encircles out unit and it was our understanding this was necessitated by the fact that Forensic Patients were being moved into the floors above us. Discussion was had and, by an whelming majority, our opinión was determined in favor of remaining on this ward rather than trying to find other quarters in the hospital-a direction tentatively explored. We now understand plans are being considered which would evict us and give our ward to the Forensic Dept. We liave worked very hard to furnish our ward and maintain the milieu which makes our ward, in fact, Hope Village-We are concerned now that events under way are threatening the very concept on which Hope Village is based. We are concerned too that no one in a position of decisión making authority seems to care- And we hope you wil] take note of our situation.