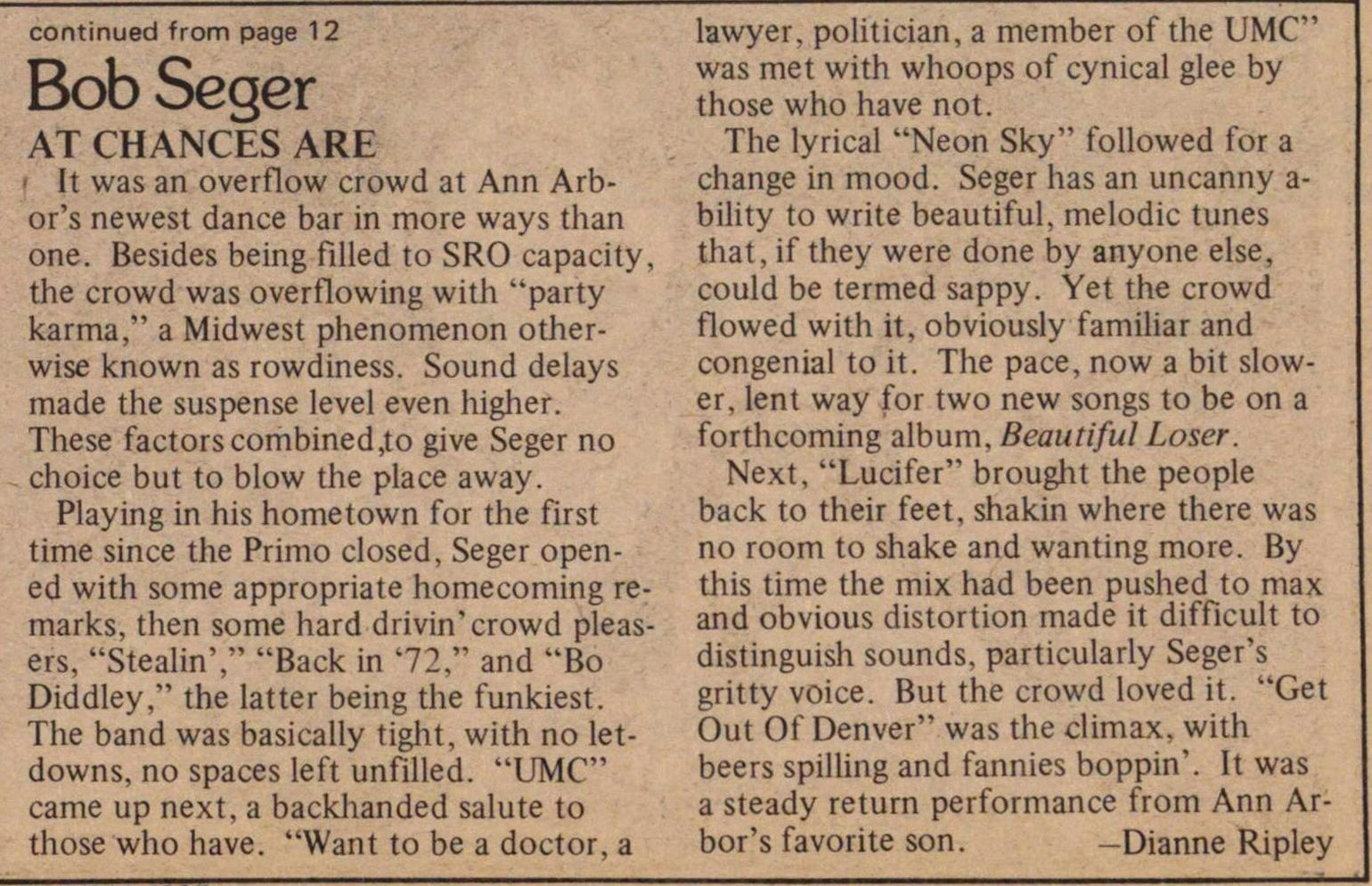 ' It was an overflow crowd at Ann Arbor's newest dance bar in more ways than one. Besides being filled to SRO capacity, the crowd was overflowing with "party karma," a Midwest phenomenon otherwise known as rowdiness. Sound delays made the suspense level even higher. These factors combined.to give Seger no choice but to blow the place away. Playing in his hometown for the first time since the Primo closed, Seger opened with some appropriate homecoming remarks, then some hard drivin' crowd pleasers, "Stealin'," "Back in '72," and "Bo Diddley," the latter being the funkiest. The band was basically tight, with no letdowns, no spaces left unfilled. "UMC" carne up next, a backhanded salute to those who have. "Want to be a doctor, a lawyer. politician, a member of the UMC" was met with whoops of cynical glee by those who have not. The lyrical "Neon Sky" followed for a change in mood. Seger has an uncanny ability to write beautiful, melodie tunes that, if they were done by anyone else, could be termed sappy. Vet the crowd flowed with it, obviously familiar and congenial to it. The pace, now a bit slower, lent way for two new songs to be on a forthcoming album, Beautiful Loser. Next, "Lucifer" brought the people back to their feet, shakin where there was no room to shake and wanting more. By this time the mix had been pushed to max and obvious distortion made it difficult to distinguish sounds, particularly Seger's gritty voice. But the crowd loved it. "Get Out Of Denver" was the climax, with beers spilling and fannies boppin'. It was a steady return performance from Ann bor's favorite son. continued from page 12