Some Dope On Our Contest 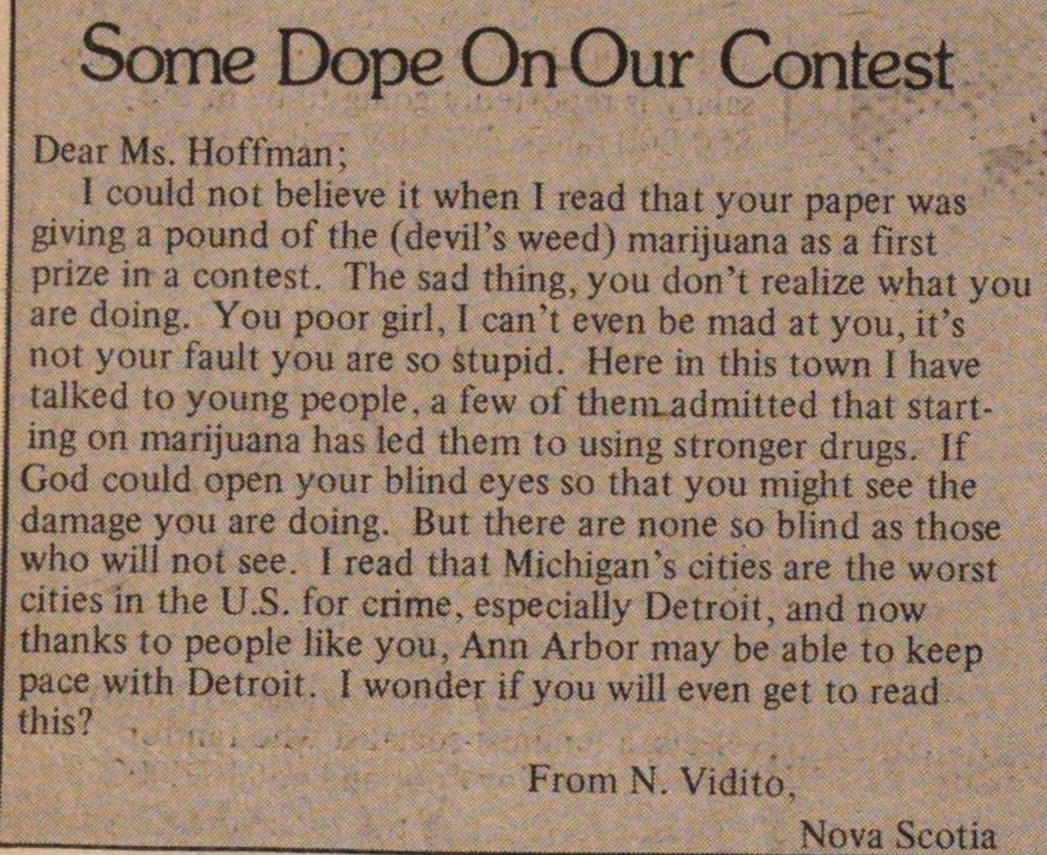 Some Dope On Our Contest

I could not believe it when I read that your paper was giving a pound of the (devil's weed) marijuana as a first prize in a contest. The sad thing, you don't realize what you are doing. You poor girl, I can't even be mad at you, it's not your fault you are so stupid. Here in this town I have talked to young people, a few of them admitted that starting on marijuana has led them to using stronger drugs. If God could open your blind eyes so that you might see the damage you are doing. But there are none so blind as those who will not see. I read that Michigan 's cities are the worst cities in the U.S. for crime, especially Detroit, and now thanks to people like you, Ann Arbor may be able to keep pace with Detroit. I wonder if you will even get to read this?