CHS Queen For A Day 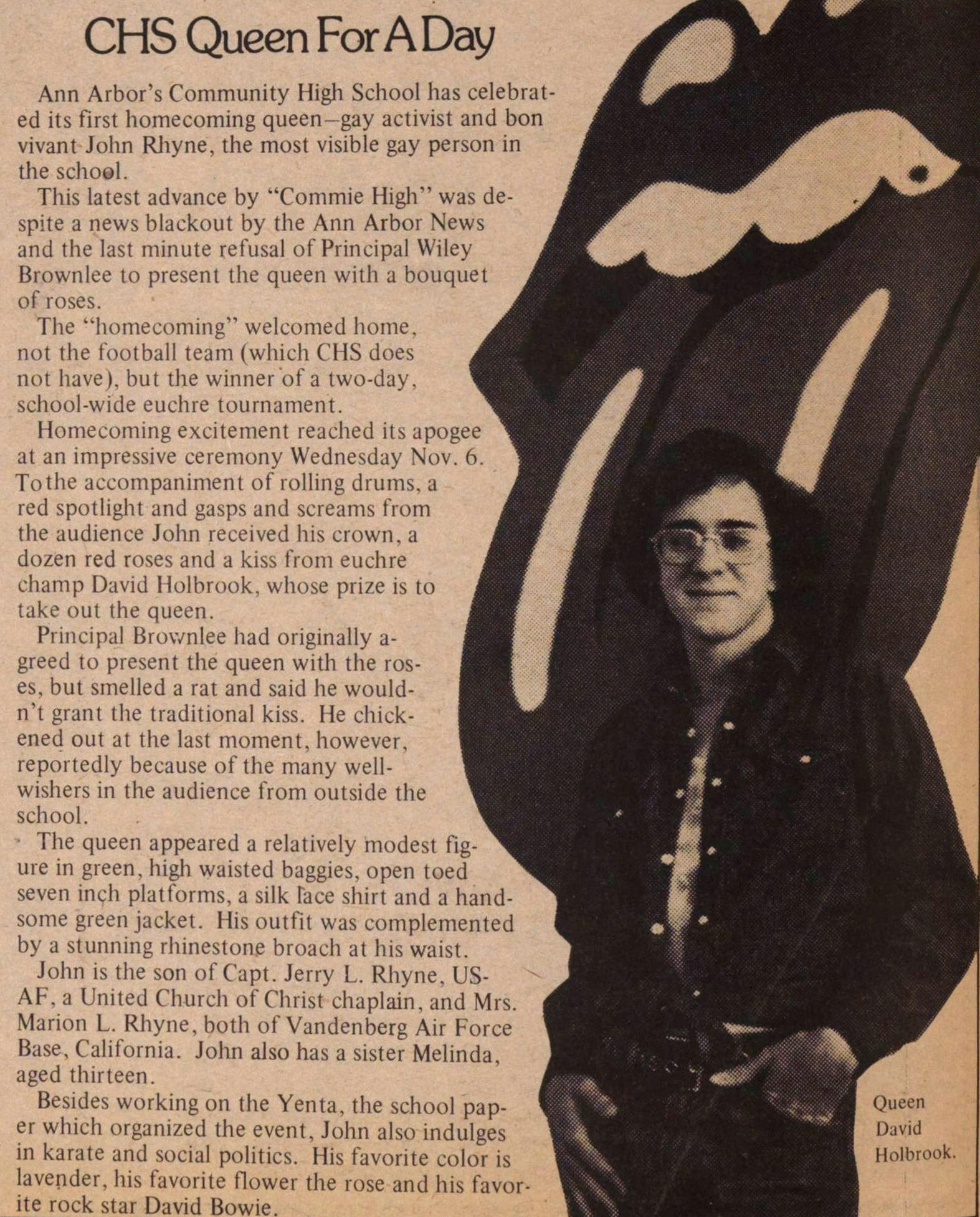 This latest advance by "Commie High" was despite a news blackout by the Ann Arbor News and the last minute refusal of Principal Wiley Brownlee to present the queen with a bouquet of roses.

The "homecoming" welcomed home. not the football team (which CHS does not have), but the winner of a two-day, school-wide euchre tournament.

Homecoming excitement reached its apogee at an impressive ceremony Wednesday Nov. 6. To the accompaniment of rolling drums, a red spotlight and gasps and screams from the audience John received his crown, a dozen red roses and a kiss from euchre champ David Holbrook, whose prize is to take out the queen.

Principal Brownlee had originally agreed to present the queen with the roses, but smelled a rat and said he wouldn't grant the traditional kiss. He chickened out at the last moment, however, reportedly because of the many well-wishers in the audience from outside the school.

The queen appeared a relatively modest figure in green, high waisted baggies, open toed seven inch platforms, a silk lace shirt and a handsome green jacket. His outfit was complemented by a stunning rhinestone broach at his waist.

John is the son of Capt. Jerry L. Rhyne, USAF. a United Church of Christ chaplain, and Mrs. Marion L. Rhyne, both of Vandenberg Air Force Base, California. John also has a sister Melinda, aged thirteen.

Besides working on the Yenta, the school paper which organized the event, John also indulges in karate and social politics. His favorite color is lavender, his favorite flower the rose and his favorite rock star David Bowie.