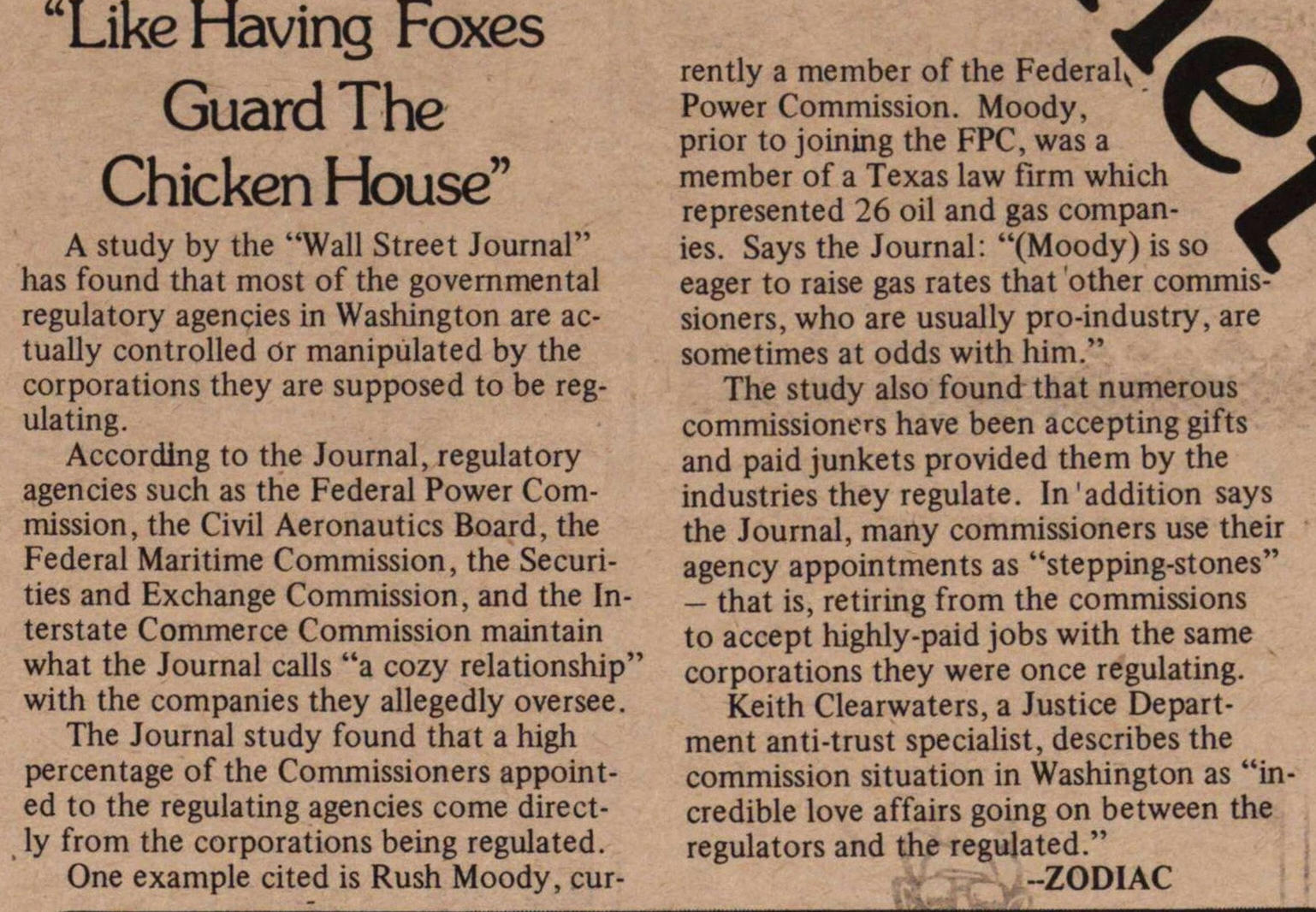 A study by the "Wall Street Journal has found that most of the governmental regulatory agencies in Washington are actually controlled or manipulated by the corporations they are supposed to be regulating.

The Journal study found that a high percentage of the Commissioners appointed to the regulating agencies come directly from the corporations being regulated.

One example cited is Rush Moody, currently a member of the Federal Power Commission. Moody, prior to joining the FPC, was a member of a Texas law firm which represented 26 oil and gas companies. Says the Journal: "(Moody) is so eager to raise gas rates that other commissioners, who are usually pro-industry, are sometimes at odds with him."

The study also found that numerous commissioners have been accepting gifts and paid junkets provided them by the industries they regulate. In 'addition says the Journal, many commissioners use their agency appointments as "stepping-stones" - that is, retiring from the commissions to accept highly-paid jobs with the same corporations they were once regulating.

Keith Clearwaters, a Justice Department anti-trust specialist, describes the commission situation in Washington as "incredible love affairs going on between the regulators and the regulated."