Colorado To Vote On Nuclear Blasts 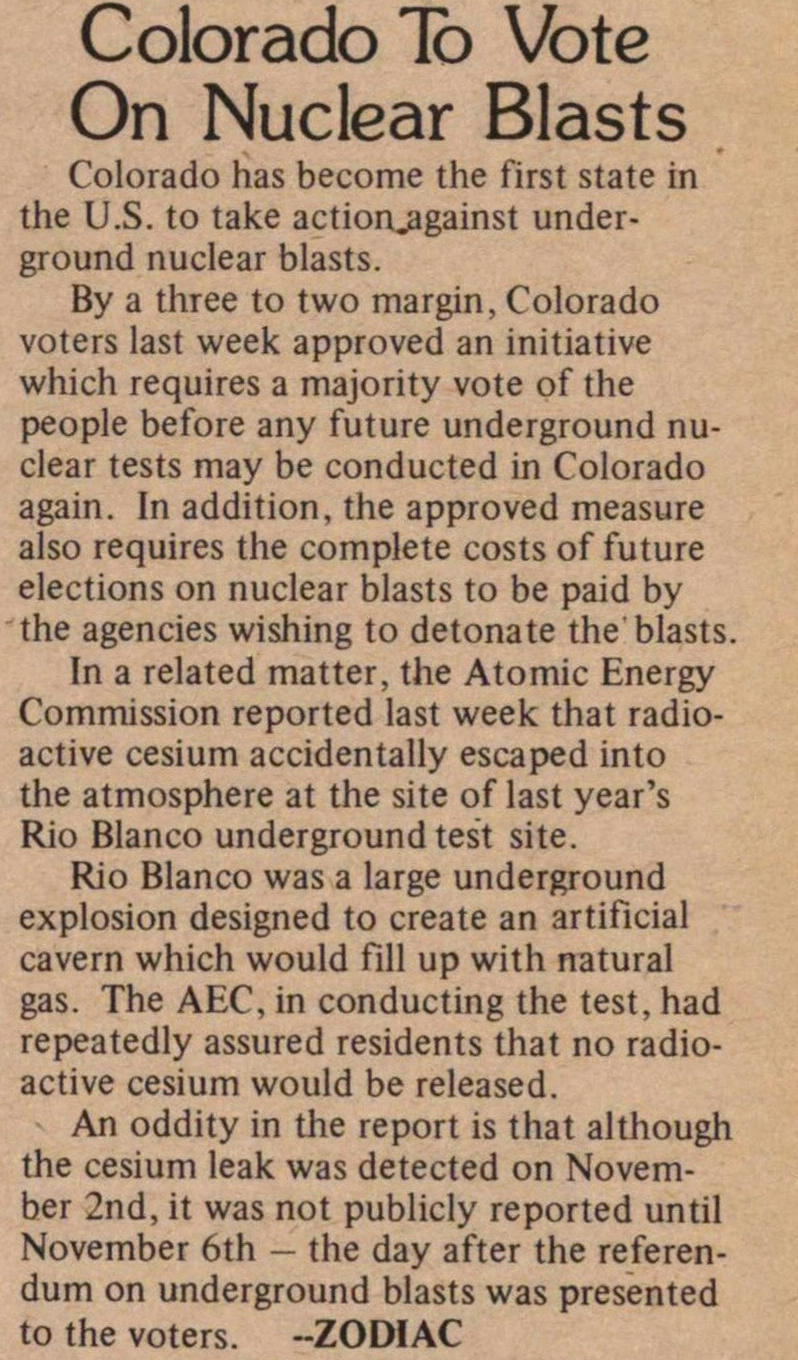 Colorado has become the first state in the U.S. to take action against underground nuclear blasts.

By a three to two margin, Colorado voters last week approved an initiative which requires a majority vote of the people before any future underground nuclear tests may be conducted in Colorado again. In addition, the approved measure also requires the complete costs of future elections on nuclear blasts to be paid by the agencies wishing to detonate the blasts.

In a related matter, the Atomic Energy Commission reported last week that radioactive cesium accidentally escaped into the atmosphere at the site of last year's Rio Blanco underground test site.

Rio Blanco was a large underground explosion designed to create an artificial cavern which would fill up with natural gas. The AEC, in conducting the test, had repeatedly assured residents that no radioactive cesium would be released.

An oddity in the report is that although the cesium leak was detected on November 2nd, it was not publicly reported until November 6th - the day after the referendum on underground blasts was presented to the voters.       --Zodiac