To Bee Or Not To Bee 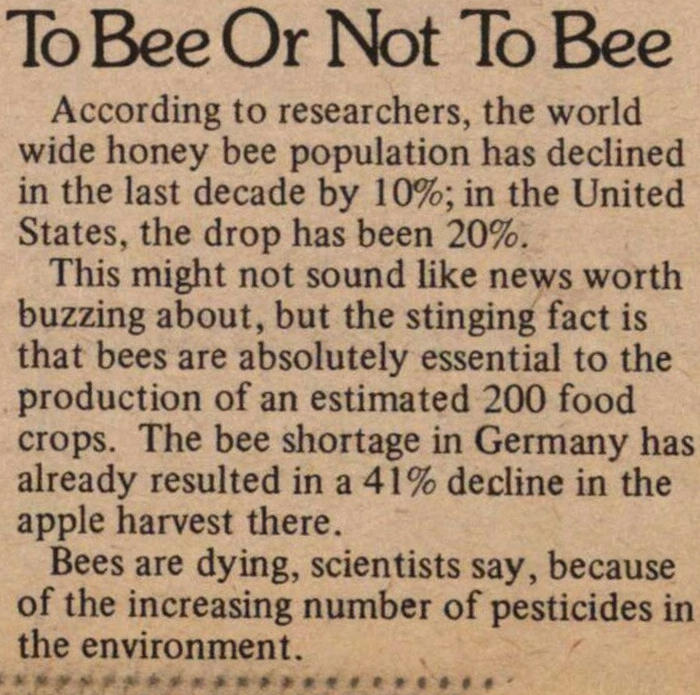 According to researchers, the world wide honey bee population has declined in the last decade by 10%; in the United States, the drop has been 20%.

This might not sound like news worth buzzing about, but the stinging fact is that bees are absolutely essential to the production of an estimated 200 food crops. The bee shortage in Germany has already resulted in a 41% decline in the apple harvest there.

Bees are dying, scientists say, because of the increasing number of pesticides in the environment.