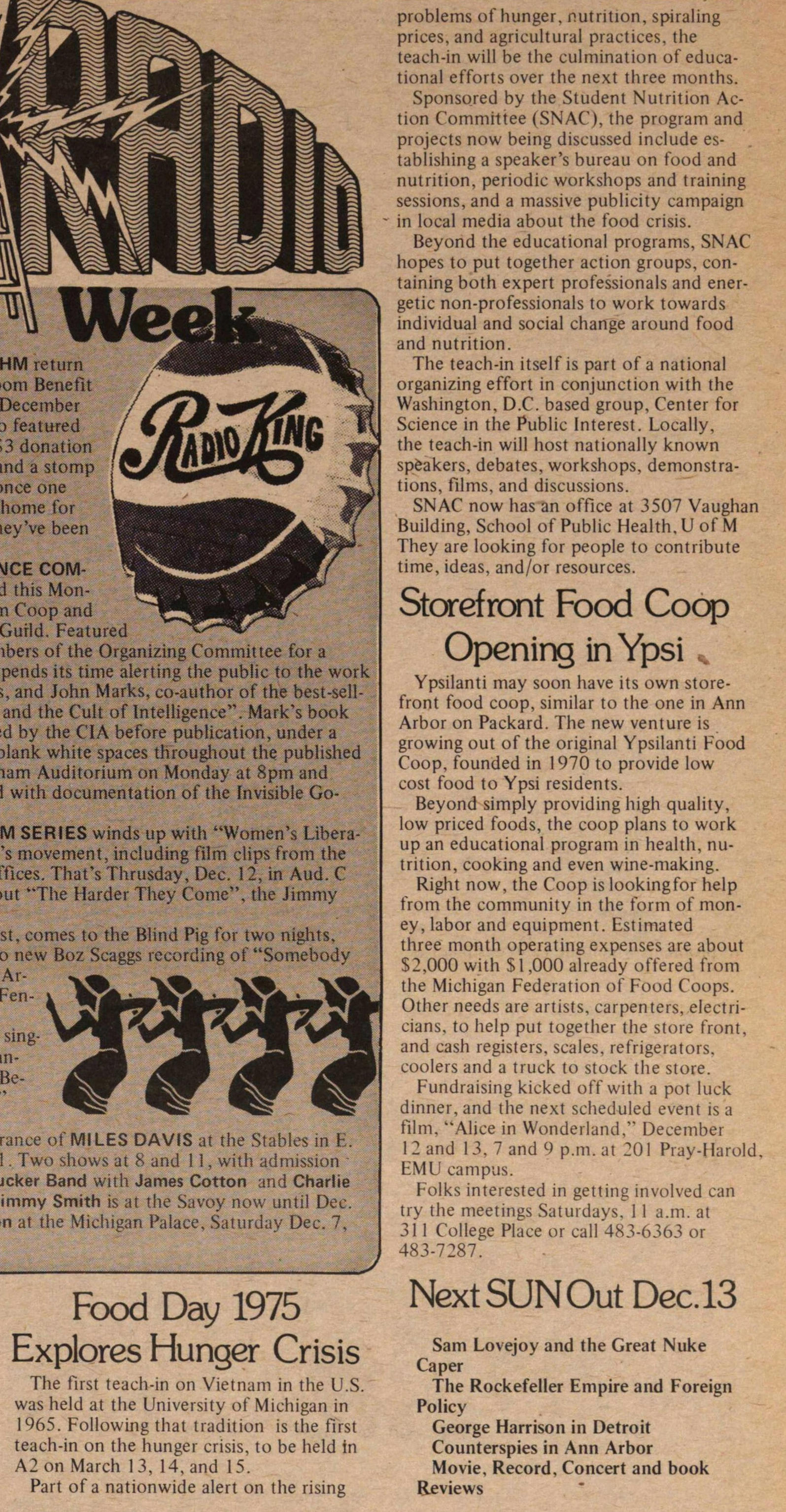 The first teach-in on Vietnam in the U.S. was held at the University of Michigan in 1965. Following that tradition is the first teach-in on the hunger crisis, to be held in A2onMarch 13, 14, and 15. Part of a nationwide alert on the rising problems of hunger. nutrition, spiraling prices, and agricultural practices, the teach-in will be the culmination of educational efforts over the next tliree months. Sponsored by the Student Nutrition Action Committee (SNAC), the program and projects now being discussed include establishing a speaker's bureau on food and nutrition, periodic workshops and training sessions, and a massive publicity campaign in local media about the food crisis. Beyond the educational programs, SNAC hopes to put together action groups, containing both expert professionals and energetic non-professionals to work towards individual and social change around food and nutrition. The teach-in itself is part of a national organizing effort in conjunction with the Washington, D.C. based group. Center for Science in the Public Interest. Locally, the teach-in will host nationally known speakers, debates, workshops, demonstrations, films, and discussions. SNAC now has an office at 3507 Vaughan Building, School of Public Health, U of M They are looking for people to contribute time, ideas, andor resources.