Us Personnel In Cambodia 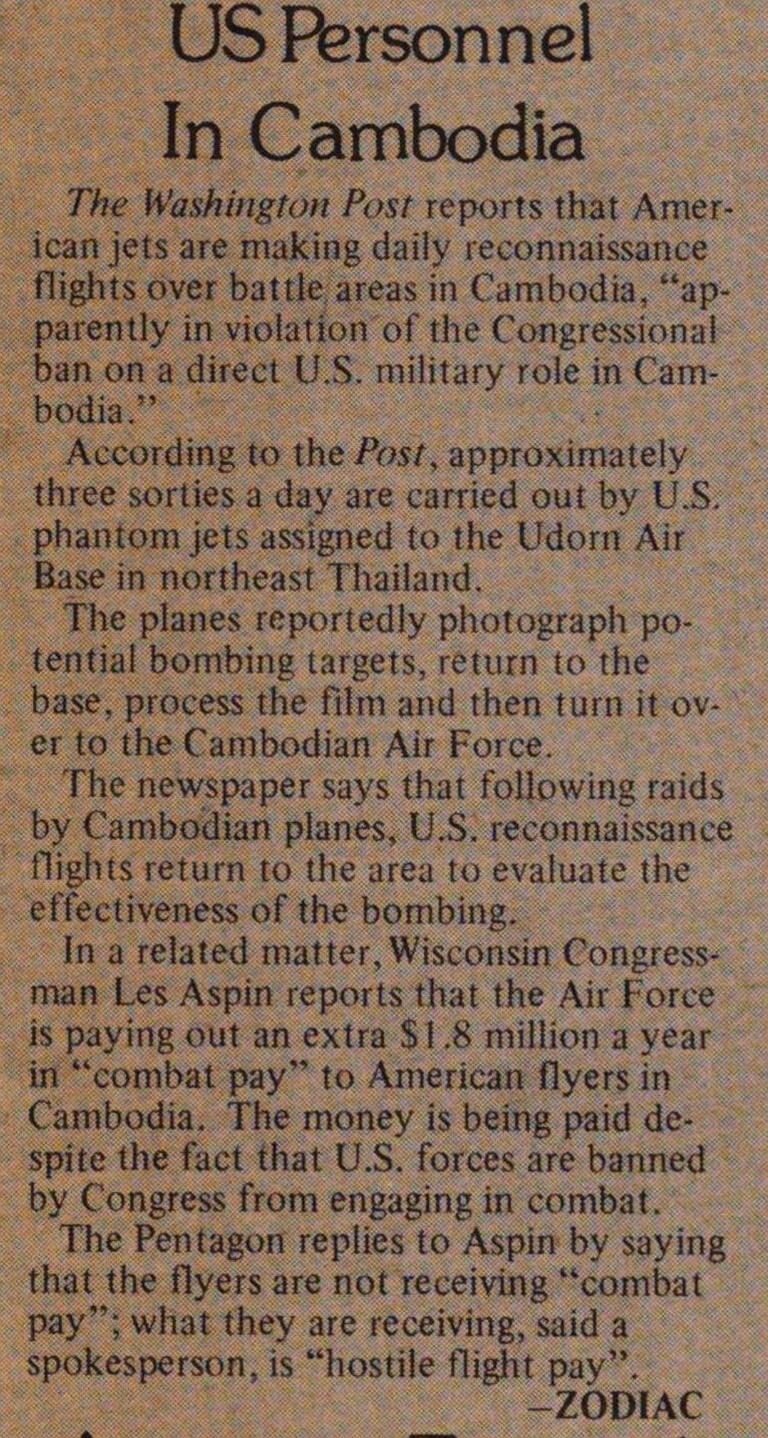 The Washington Post reports that American jets are making daiiy reconnaissance flights over battleareas in Cambodia, "apparently in violation of the Congressiona! ban on a direct U.S. military role in Cambodia." According to the Post, approximately three sorties a day are carried out by U.S. phantom jets assigned to the Udorn Air Base in northeast Thailand. The planes reportedly photograph potential bombing targets, return to the base, process the film and then turn it over to the Cambodian Air Force. The newspaper says that following raids by Cambodian planes, U.S. reconnaissance flights return to the área to evalúate the effectiveness of the bombing. In a related matter, Wisconsin Congressman Les Aspin reports that the Air Force ís paying out an extra SI .8 million a year in "combat pay" to American flyers in Cambodia. The money is being paid despite the fact that U.S. forces are banned by Congress f rom engaging in combat. The Pentagon replies to Aspin by saying that the flyers are not receiving "combat pay"; what they are receiving, said a spokesperson, is "hostiie flight pay".