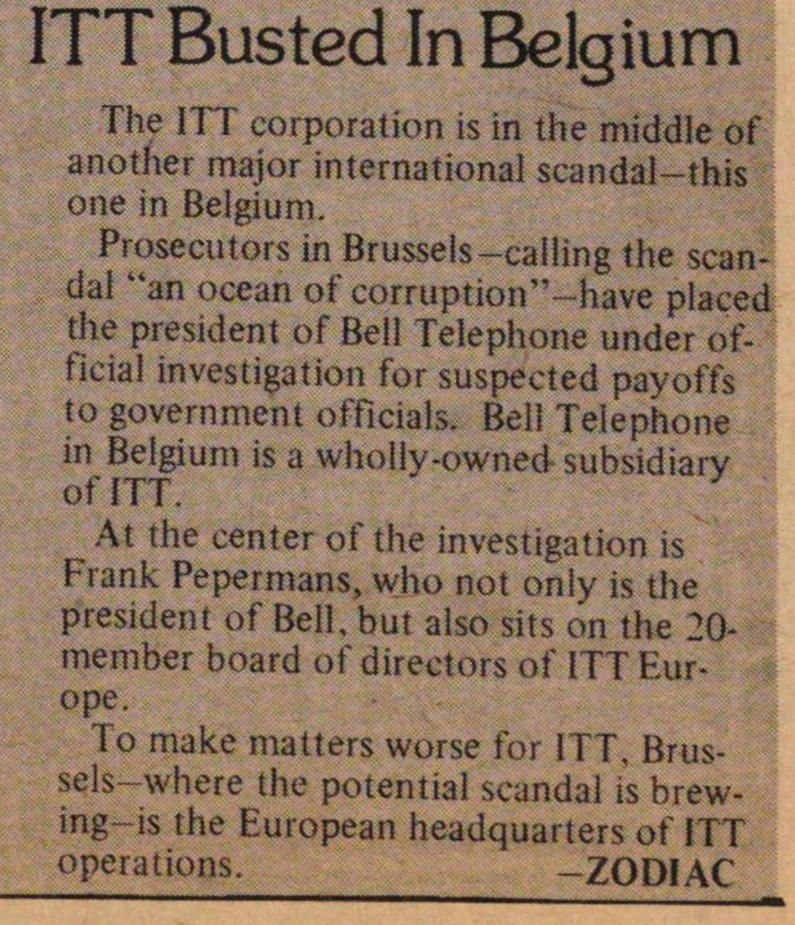 The ITT corporation is in the middle of another major international scandal-this one in Belgium. Prosecutors in Brussels-calling the scandal "an ocean ot' corruption"-have placed the president of Bell Telephone under official investigation for suspected payoffs to government officials. Bell Telephone in Belgium is a wholly-owned subsidiary of iTT. At the center of the investigation is Frank Pepermans, who not only is the president of Bell, but also sits on the 20member board of directors of ITT Europe. To make matters worse for ITT, Brussels-where the potential scandal is brewing-is the European headquarters of ITT opera tions.