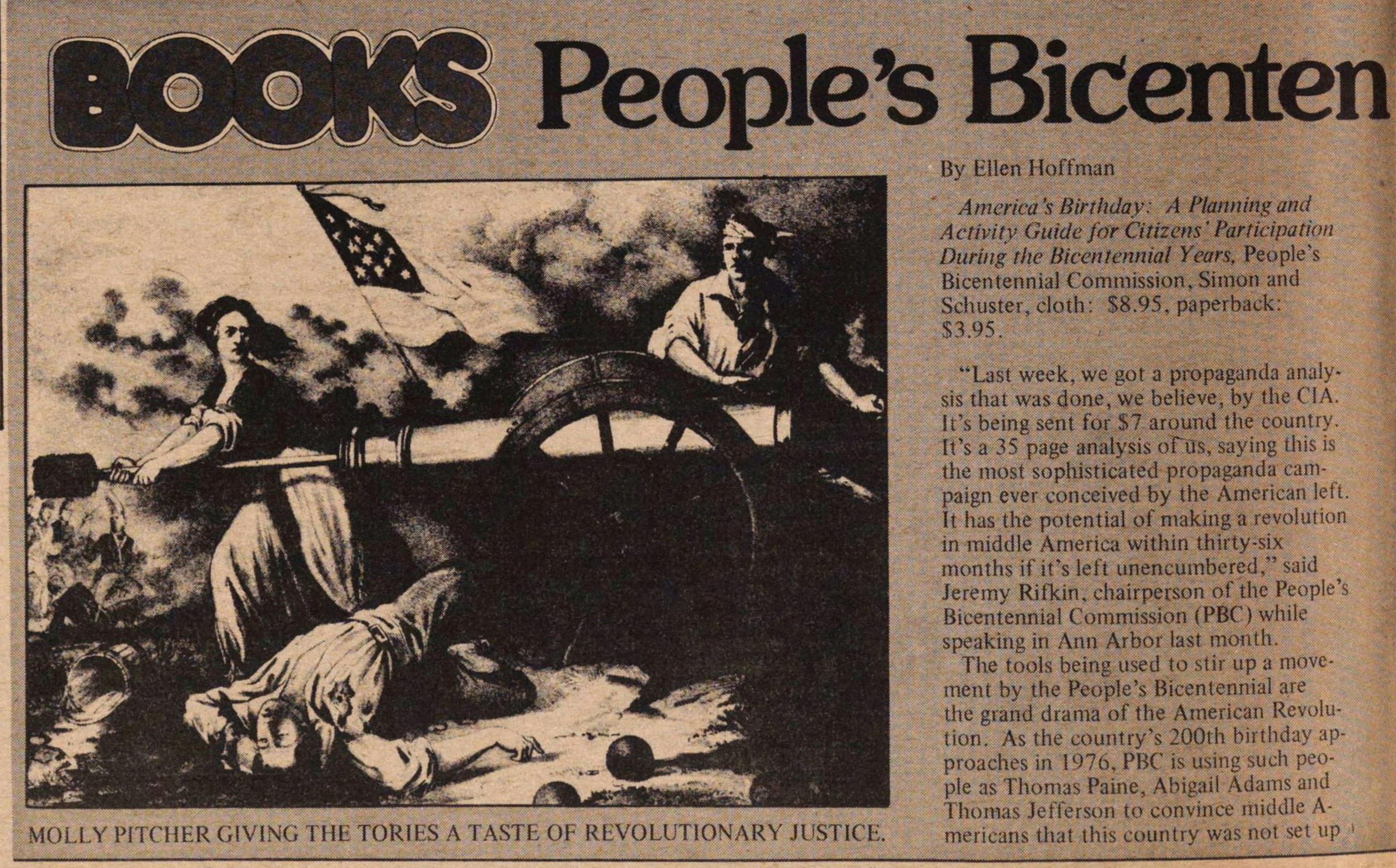 America 's Birtliday: A Planning and Activity Guide Jbr Citizens ' Participarían During the Bicentennial Ycars, People's Bicentennial Commission, Simon and Schuster, cloth: S8.95, paperback: $3.95. "Last week, we got a propaganda analysis that was done, we beiteve, by the CIA. It's being sent íbr $7 around the country. It's a 35 page analysis ofus, saying tliis is the most sophisticated propaganda campaign ever conceived by the American lett. It has the potential of making a revolution in middle America within thirty-six months if it's Ie ft unencumbered," said Jeremy Rifkin, chairperson of the People's Bicentennial Commission (PBC) while speaking in Anti Arbor last monlh. The tools being used to stir up a movement by the People's Bicenlennial are the grand drama of the American Revolution. As the country 's 2OOth birtliday approaches in 1976, PBC is using such people as Thomas Paine, Abigail Adams and Thomas Jefferson to convince middle Americans that this country was not set up