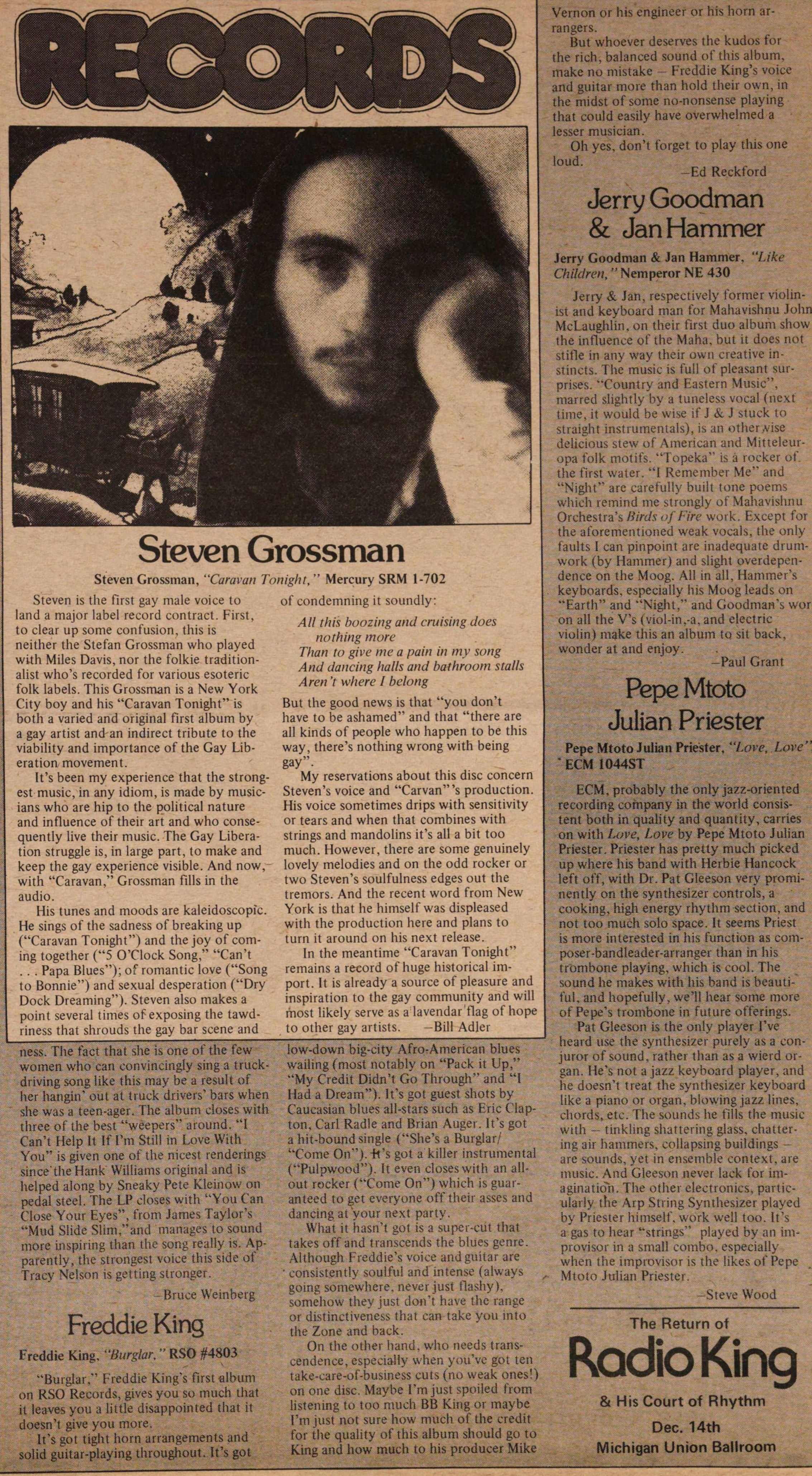 Freddie King. "Surgiar. " RSO #4803 "Burglar." Freddie King's first album on RSO Records, gives you so much that it leaves you a Hule disappointed that it doesn't give you more. It's got tigiit horn arrangements and solid guitar-playing throughout. It's got iow-down big-city Afro-American blues wailing (most notably on "Pack it Up," "My Credit Didn't Go Through" and 'i Had a Dream"). U's got guest shots by Caucasian blues all-stars such as Eric Clapton. Cari Radie and Brian Augei . It's got a hit-bound single ("She's a Burglar "Come On").it's got a killer instrumental ("Pulpwood"). It even closeswith an allout rocker ("Come On") which is guaranteed to get everyone off their asses and dancing at 'your next party. What it ïiasn't gol is a supcr-cut that takes off and transcends the blues genre. Although Freddie's voice and guilar are ' consistently soulful and intense (always going somewhere. never just flashy), somehow ihey just clon't have the range or distinctiveness that can take yoii into the Zone and back. On the other hand. who needs transcendence,espedally when you've got ten take-care-of -business cuts (no weak ones!) on one disc. Maybe l'm just spoiled trom listening to too much BB King or maybe l'm just not sure how much of the credit for the quality of this album should go to King and how much to his producer Mike Vernon or his engineer or his horn arrangers. But whoever deserves the kudos for the rich, balanced sound of this album, make no mistake lïeddie King's voice and guitar more than hold their own, in the midst of some no-nonsense playing that could easily have overwhelmed a lesser musician. Oh yes, don 't forget to play this one loud.