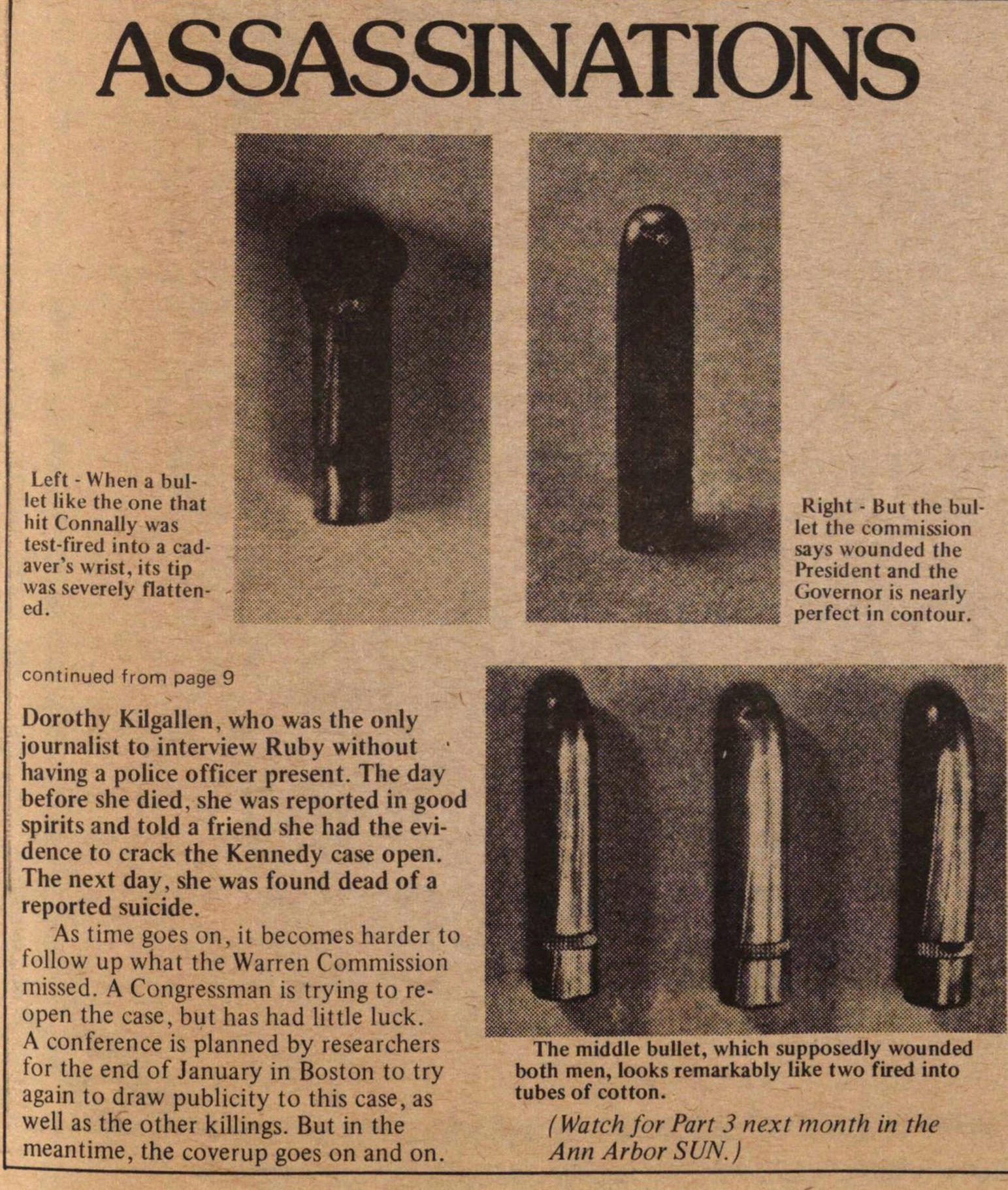 ASSASSINATIONS continued from page 9 Dorothy Kilgallen, who was the only journalist to interview Ruby without ■ having a pólice officer present. The day before she died, she was reported in good spirits and told a friend she had the evidence to crack the Kennedy case open. The next day, she was found dead of a reported suicide. As time goes on, it becomes harder to tollow up what the Warren Commission missed. A Congressman is trying to reopen the case, but has had linie luck. A conference is planned by researchers tor the end of January in Boston to try again to draw publicity to this case, as well as the other killings. But in the meantime, the coverup goes on and on. (Watch for Part 3 next month in the AnnArborSUN.)