And Elsewhere In City Hall... 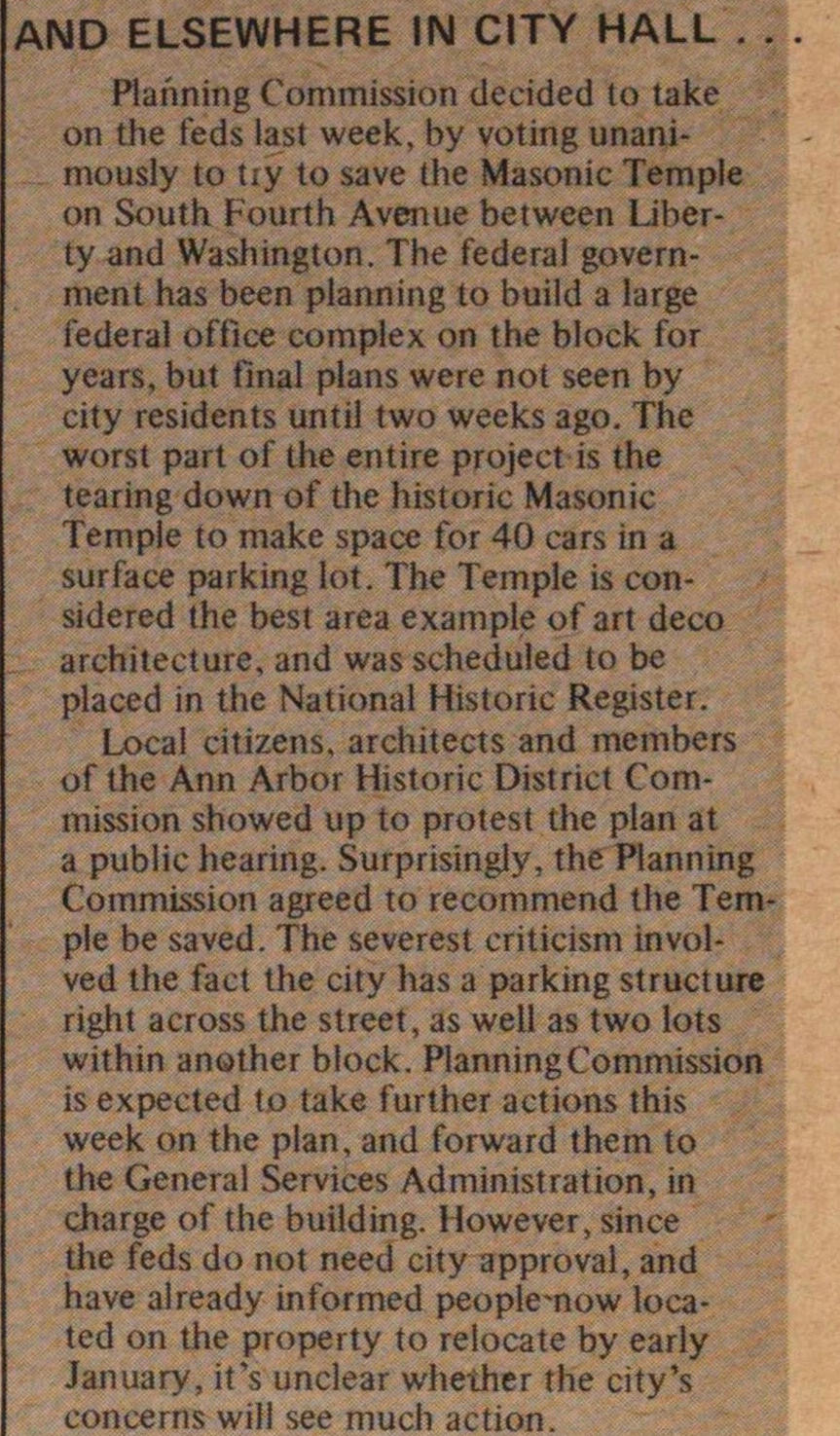 Planning Commission decided to take on the feds last week, by voting unanimously to ty to save the Masonic Temple on South Fourth Avenue between Liberty and Washington. The federal government has been planning to build a large federal office complex on the block for years, but final plans were not seen by city residents until two weeks ago. The worst part of the entire project is the tearing down of the historie Masonic Temple to make space for 40 cars in a surface parking lot. The Temple is considered the best area example of art deco architecture, and wasscheduled to be placed in the National Historie Register. Local citizens, architects and members of the Ann Arbor Historie District Commission showed up to protest the plan at a public hearing. Surprisingly, the Planning Commission agreed to recommend the Temple be saved. The severest criticism involved the faet the city has a parking structure right across the street, as well as two lots within another block. Planning Commission isexpected to take further actions this week on the plan, and forward them to the General Services Administration, in charge of the building. However, since the feds do not need city approval, and have already informed people-now located on the property to relocate by early January, it 's unclear whether the city's concerns will see much action.