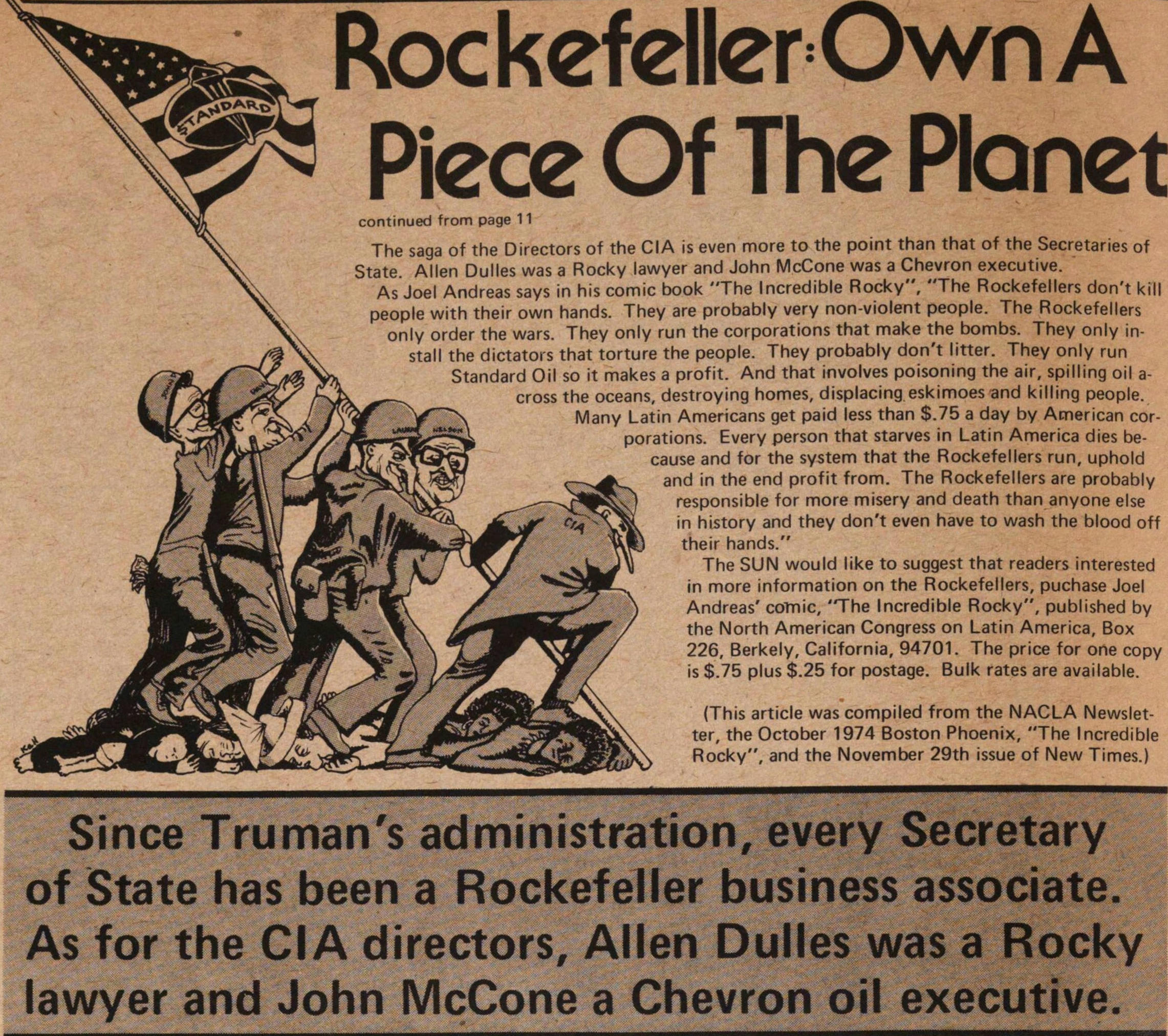 RockefellerOwnA Piece Of The Plonet continued from page 1 1 The saga of the D rectors of the CIA is even more to the point than that of the Secretarles of State. Allen Dulles was a Rocky lawyer and John McCone was a Chevron executive. As Joel Andreas says n his comic book "The Incredible Rocky", "The Rockefellers don't kill people with their own hands. They are probably very non-violent people. The Rockefellers only order the wars. They only run the corporations that make the bombs. They only nstall the dictators that torture the people. They probably don't litter. They only run Standard OM so it makes a profit. And that nvolves poisoning the air, sptlling oil across the oceans, destroying homes, displacing eskimoes and killing people. Many Latín Amencans get paid less than 3.b a aay by American cor porations. Every person that starves n Latín America dies cause and for the system that the Rockefellers run, uphold and n the end profit from. The Rockefellers are probably responsible for more misery and death than anyone else n history and they don't even have to wash the blood off their hands." The SUN would like to suggest that readers nterested in more information on the Rockefellers, puchase Joel Andreas' coTnic, 'The Incredible Rocky", published by the North American Congress on Latin America, Box 226, Berkely, California, 94701. The price for one copy s $.75 plus $.25 for postage. Bulk rates are available. (This article was compiled from the NACLA Newsletter, the October 1974 Boston Phoenix, "The Incredible Rocky", and the November 29th issue of New Times.) Since Tïuman's administration, every Secretary of State has been a Rockefeller business associate. As for the CIA directors, Allen Dulles was a Rocky lawyer and John McCone a Chevron oil executive.