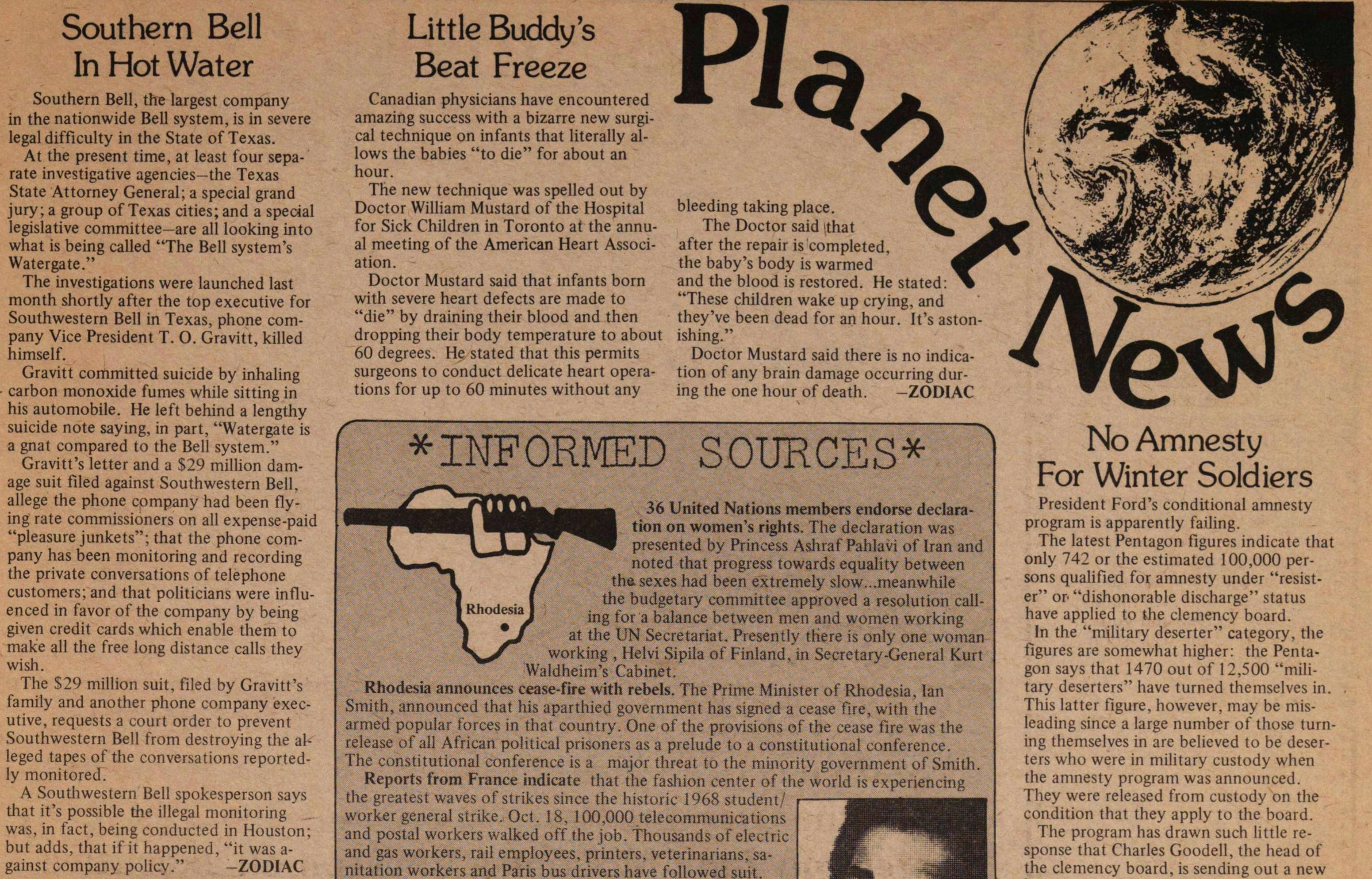 K A 'Ve Southern Bell, the largest company in the nationwide Bell system, is in severe legal difficulty in the State of Texas. At the present time, at least four separate investigative agencies-the Texas State Attorney General; a special grand jury; a group of Texas cities; and a special legislative committee-are all looking into what is being called "The Bell system's Watergate." The investigations were launched last month shortly after the top executive for Southwestern Bell in Texas, phone company Vice President T. O. Gravitt, killed himself. Gravitt committed suicide by inhaling carbon monoxide fumes while sitting in his automobile. He left behind a lengthy suicide note saying, in part, "Watergate is a gnat compared to the Bell system." Gravitt's letter and a $29 million damage suit filed against Southwestern Bell, allege the phone cpmpany had been flying rate commissioners on all expense-paid "pleasure junkets"; that the phone company has been monitoring and recording the private conversations of telephone customers;and that politicians were influenced in favor of the company by being given credit cards which enable them to make all the free long distance calis they wish. The S29 million suit, filed by Gravitt's family and another phone company executive, requests a court order to prevent Southwestern Bell from destroying the alleged tapes of the conversations reportedly monitored. A Southwestern Bell spokesperson says that it's possible the illegal monitoring was, in fact, being conducted in Houston; but adds, that if it happened, "it was gainst company policy."