No Amnesty For Winter Soldiers 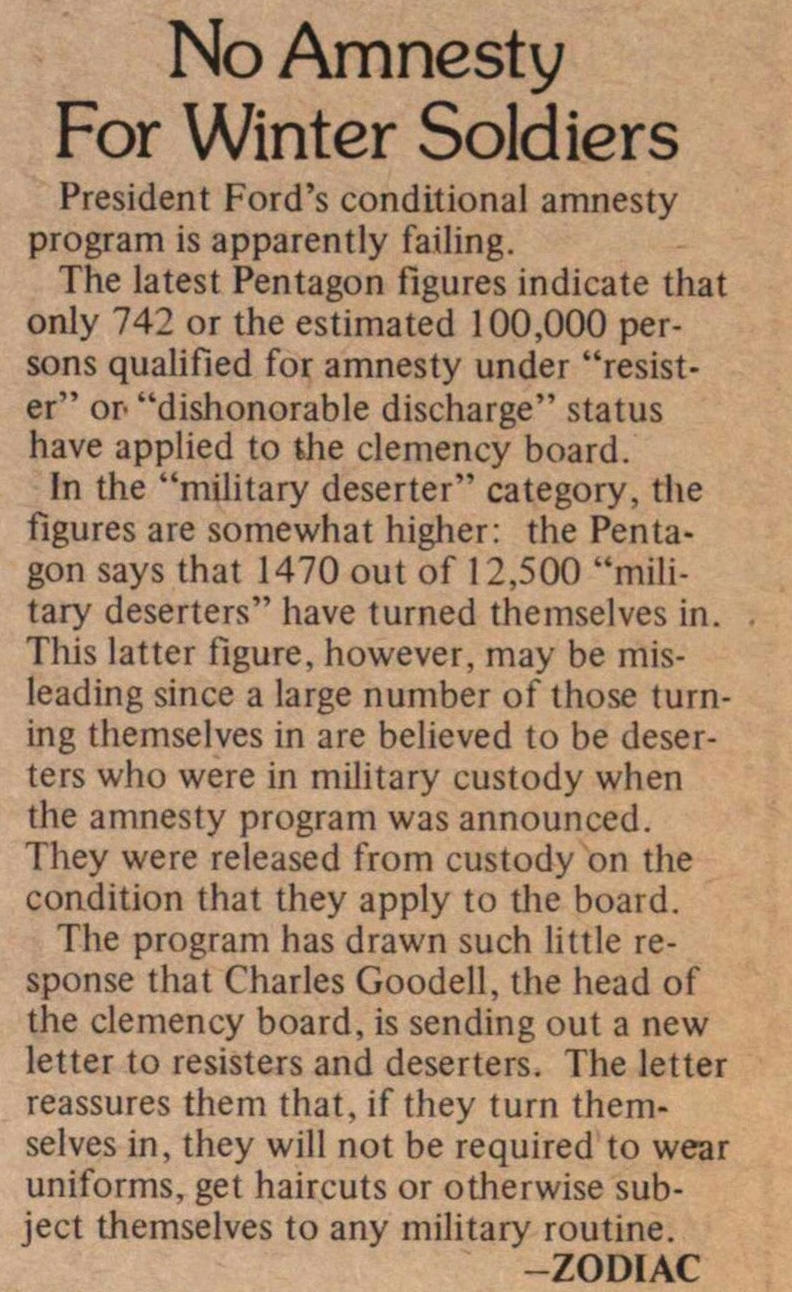 President Ford's conditional amnesty program is apparently failing. The latest Pentagon figures indícate that only 742 or the estimated 100,000 persons qualified for amnesty under "résister" op "dishonorable discharge" status have applied to the clemency board. In the "military deserter" category, the figures are somewhat higher: the Pentagon says that 1470 out of 12,500 "military deserters" have turned themselves in. Tliis latter figure, however, may be misleading since a large number of those turning themselves in are believed to be deserters who were in military custody when the amnesty program was announced. They were released from custody on the condition that they apply to the board. The program has drawn such little response that Charles Goodell, the head of the clemency board, is sending out a new letter to résisters and deserters. The letter reassures them that, if they turn themselves in, they will not be required to wear uniforms, get haircuts or otherwise subject themselves to anv military routine.