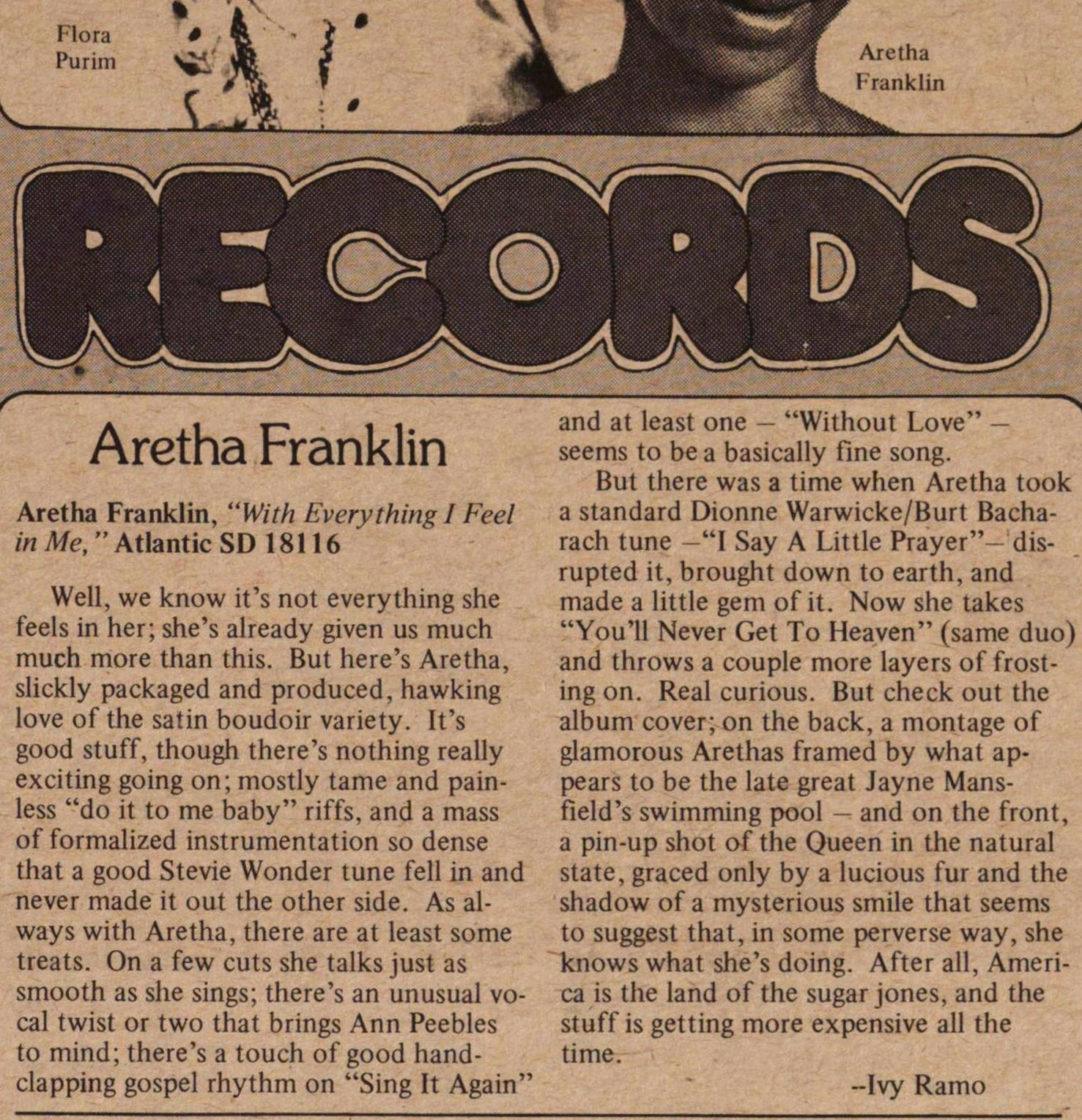 Aretha Franklin, "With Everything I Feel in Me," Atlantic SDI 81 16 Well, we know it's not everything she feels in her; she's already given us much much more than this. But here's Aretha, slickly packaged and produced, hawking love of the satin boudoir variety. It's good stuff, though there's nothing really exciting going on; mostly tame and painless "do it to me baby" riffs, and a mass of formalized instrumentation so dense that a good Stevie Wonder tune feil in and never made it out the other side. As always with Aretha, there are at least some treats. On a few cuts she talks just as smooth as she sings; there's an unusual vocal twist or two that brings Ann Peebles to mind; there's a touch of good handclapping gospel rhythm on "Sing It Again" and at least one - "Without Love" - seems to be a basically fine song. But there was a time when Aretha took a Standard Dionne WarwickeBurt Bacharach tune -"I Say A Little disrupted it, brought down to earth, and made a little gem of it. Now she takes "You'll Never Get To Heaven" (same duo) and throws a couple more layers of frosting on. Real curious. But check out the album cover; on the back, a montage of glamorous Arethas framed by what appears to be the late great Jayne Mansfïeld's swimming pool - and on the front, a pin-up shot of the Queen in the natural state, graced only by a lucious fur and the shadow of a mysterious smile that seems to suggest that, in some perverse way, she knows what she 's doing. After all, America is the land of the sugar jones, and the stuff is getting more expensive all the time.