The Unions Vs. The U: It's Only A Matter Of Money 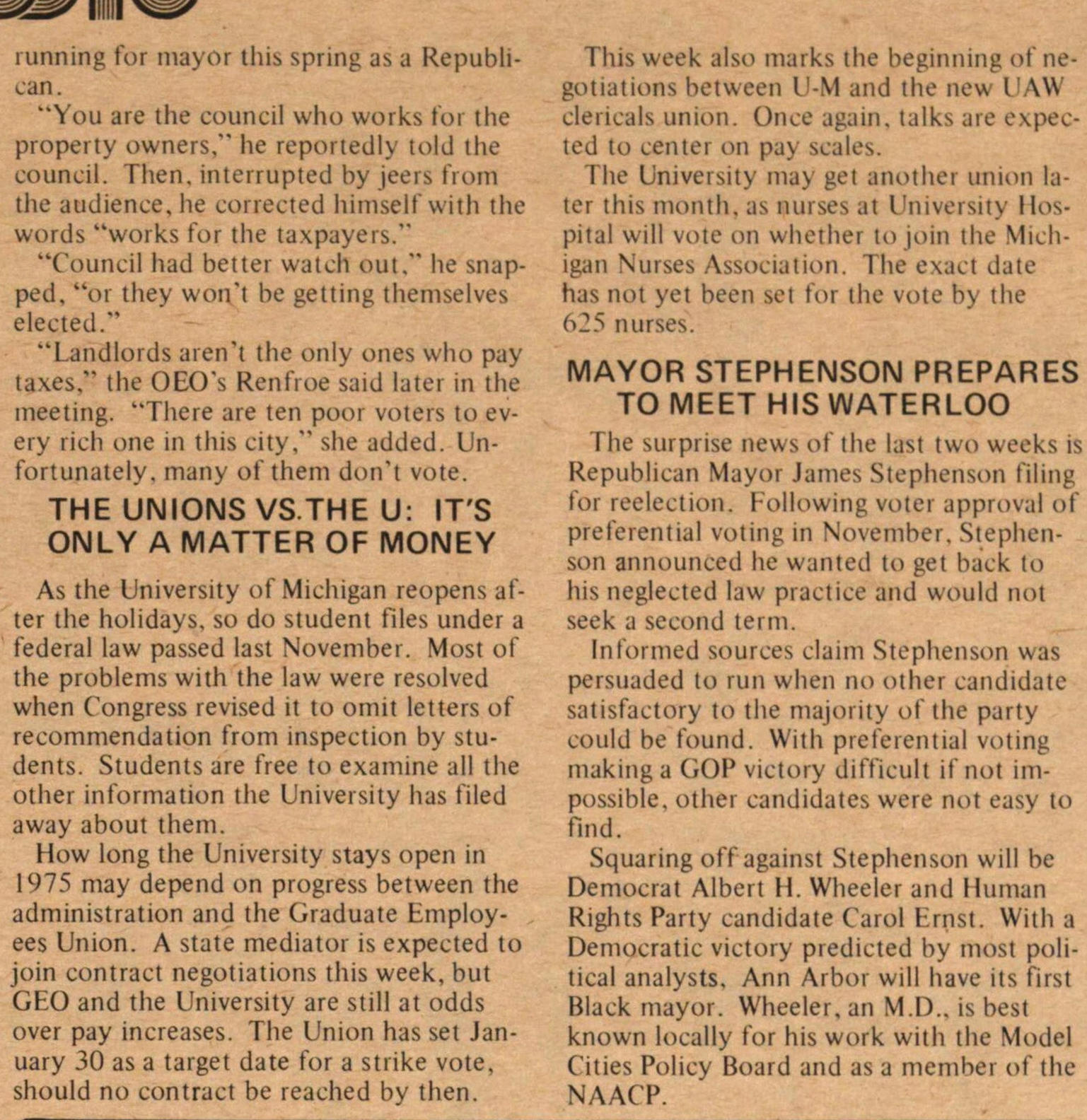 As the University of Michigan reopens after the holidays, so do student files under a federal law passed last November. Most of the problems with the law were resolved when Congress revised it to omit letters of recommendation from inspection by students. Students are free to examine all the other information the University has filed away about them.

How long the University stays open in 1975 may depend on progress between the administration and the Graduate Employees Union. A state mediator is expected to join contract negotiations this week, but GEO and the University are still at odds over pay increases. The Union has set January 30 as a target date for a strike vote, should no contract be reached by then.

This week also marks the beginning of negotiations between U-M and the new UAW clericals union. Once again, talks are expected to center on pay scales.

The University may get another union later this month, as nurses at University Hospital will vote on whether to join the Michigan Nurses Association. The exact date has not vet been set for the vote by the 625 nurses.