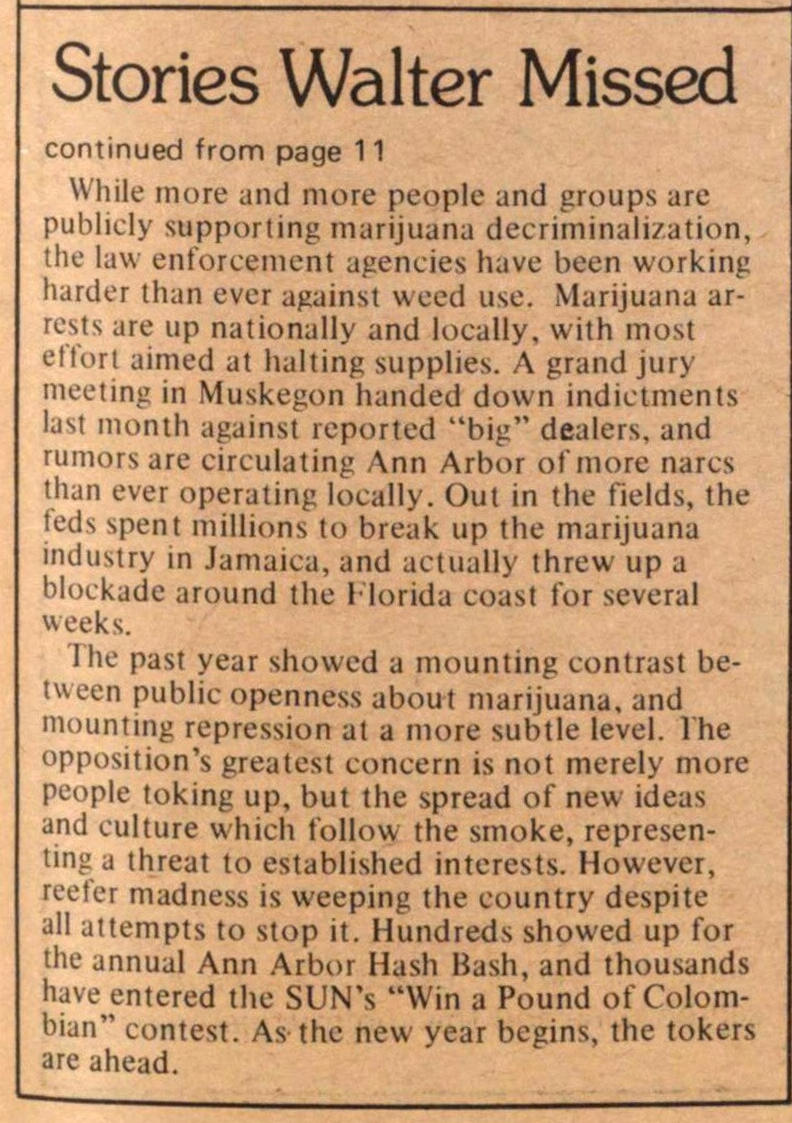 Stories Walter Missed continued from page 1 1 While more and more peqple and groups are publicly snpporting marijuana decriminalization, the law enforcement agencies have been working liarder than ever aguinst weed use. Marijuana arrcsts are up nalionally and locally, with most elfori aimed at halting supplies. A grand jury meeting in Muskegon handed down indictments last month against reported "big" dealers, and rumors are circulating Ann Arbor of more nares iban ever operating locally. Out in the fields, the feds spent millions (o break up the marijuana industry in Jamaica, and actually threw up a blockade around the llorida coast tor several weeks. The past year showed a mounting contrast between public openness about marijuana, and mounting repression al a more subtle level. The opposition's greatesi concern is not merely more people toking up, but the spread of new ideas and culture which follow the smoke, representing a threat to established interests. However, reefer madness is weeping the country despite all attempts to stop it. Hundreds showed up for the unnual Ann Arbor Hash Bash, and thousands haveentered the SUN's "Win a Pound of Colombian" contest. As the new year bcgins, the tokers are ahead.