John Prine At The Power Center 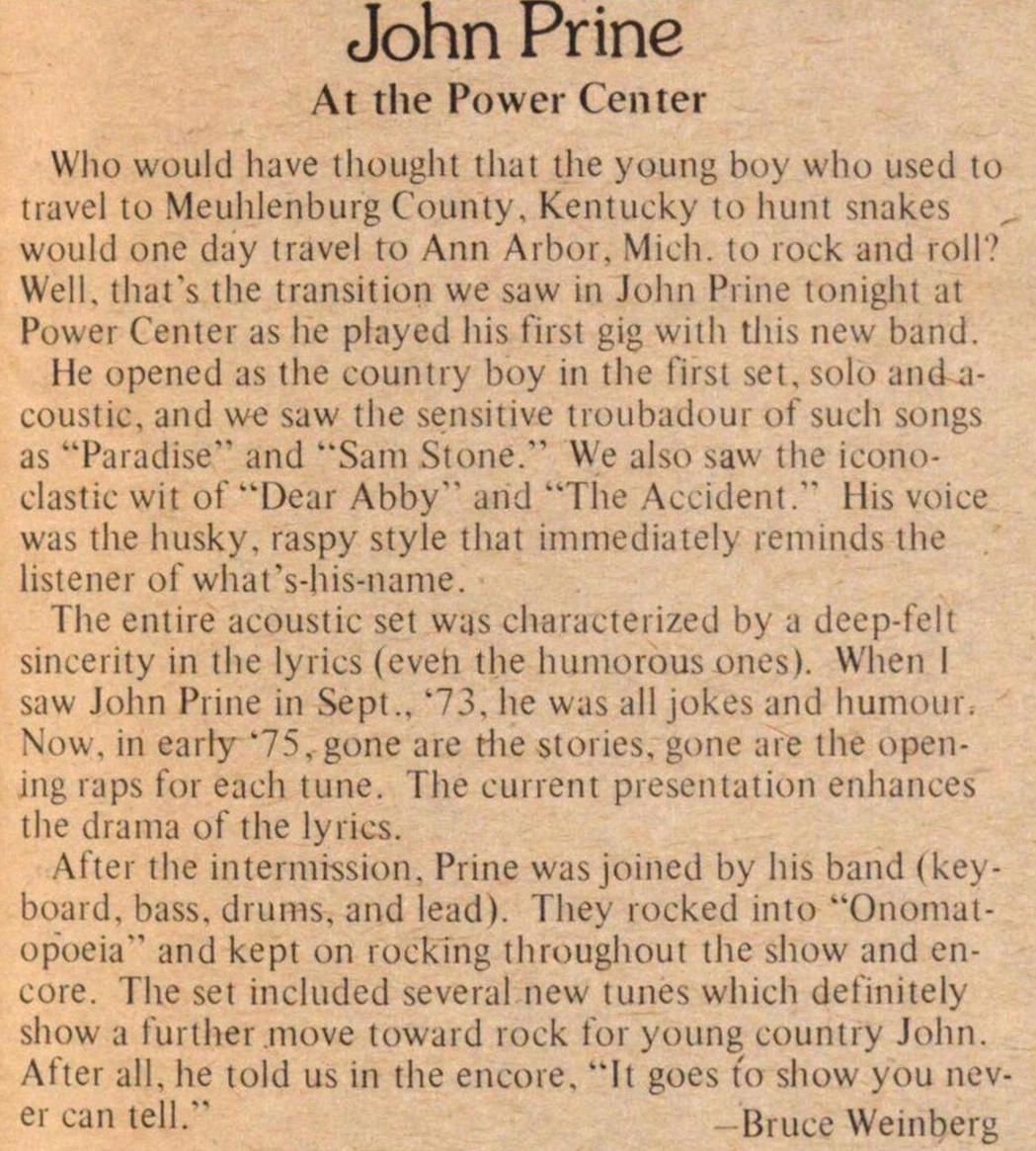 Wlio wuuld have thuught tliat the young boy who used to travel to Meuhlehburg County, Kentucky to lumi snakes would one dáy travel to Ann Arbor, Micli. to rock and roll? Wel!, tliat's the iransition we saw in John Prine tonight al Power Center as tóe pkyed his first gig with this new band. He opened as tlie country boy in the flrst set, solo and acoustic, and we saw the sensitive troubadour of suoh songs as "Paradise," and "Sam Stone." Ve also saw the iconoclastic wit of "'Dear Abby" and "The Accident." His voice was the husky, raspy style that inimediately reminds the listener of what Yhis-name. The ent ire acoustic set was cliaracterized by a deep-felt sincerity in the lyrics (even the humorous ones). When I saw John Prine in Sept., '73. he was all jokes and hunioui. Now, in early "75,gone are the stones. gone are the opening raps for each tune. The current presen tatiOn enhances the drama of the lyrics. Alter the intermissiiin. Prine was joined by his band (keyboard, bass. drums, and lead). They rocked into "Onomaiopoeia" and kept on rocking througliout the show and eneore. The set included severa! new tunes which det'initely show a further move toward rock for young country John. After all. he told us in the encoré. "It goes to show you er can teil."