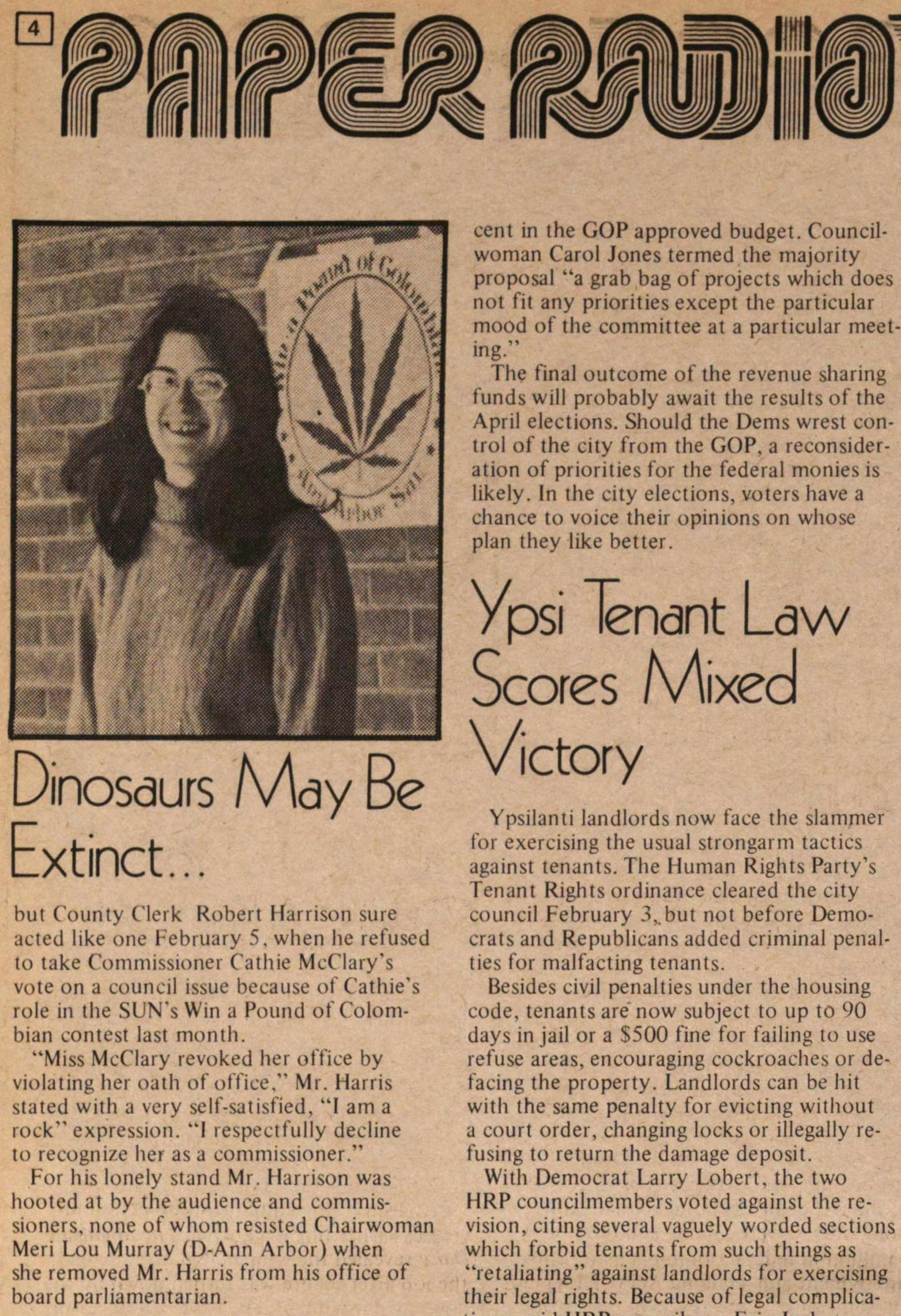 hut County Clerk Robert Harrison sure acted like one February 5. when he refused to take Commissioner Cathie McClary's vote on a counci] issue bocause of Cathie's role in the SUN"s Win a Pound of Colombian contest last month. "Miss McClary revoked her office by viola t ing lier oath of office." Mr. Harris stated with a vcry selt-suiisfied, "I am a rock" expression. "I respectfully decline to recognie her as a commissioner." For his lonely stand Mr. Harrison was hooted at by the audience and commissioners, none of whom resisted Chairwoman Meri Lou Murray (D-Ann Arbor) when she removed Mr. Harris from his office of board parliamentarian.