Will The Regents Raise Tuition? 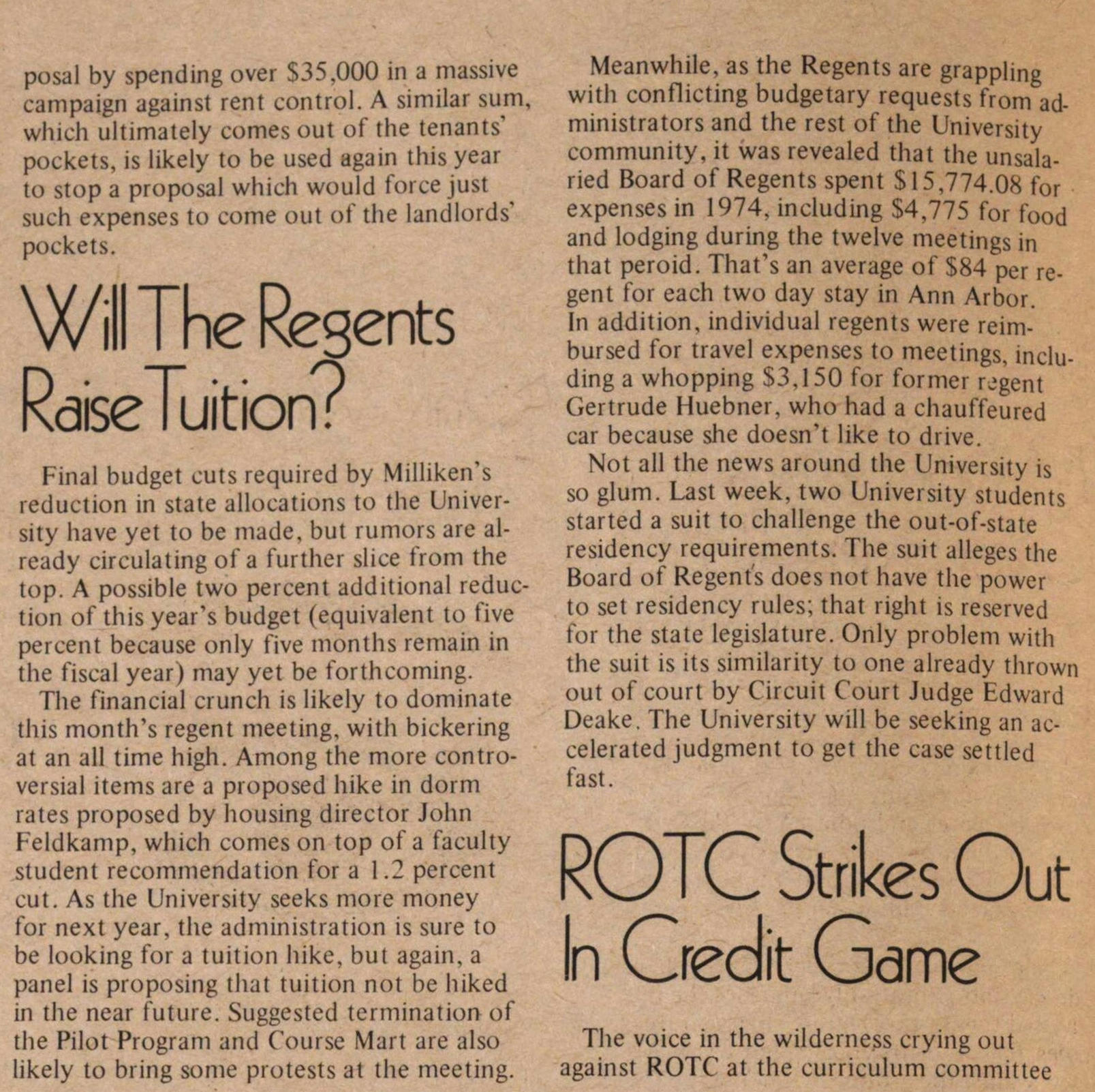 Final budget cuts required by Milliken's reduction ín state allocations to the University liave yet to be made, but rumors are already circulating of a further slice trom the top. A possible two percent additional reduction of this year's budget (equivalent to five percent because only five months remain in the fiscal year) may yet be fortheoming. The financia! crunch is likely to domínate this month's regent meeting, with bickering at an all time high. Among the more controversial items are a proposed hike in dorm rates proposed by housing director John Feldkamp, which comes on top of a faculty student recommendation for a 1.2 percent cut. As the University seeks more money for next year, the administraron is sure to be looking for a tuition hike, bul again, a panel is proposing that tuition not be hiked in the near future. Suggested termination of the Pilot Program and Course Mart are also likely to bring some protests al the meeting. Meanwhile, as the Regents are grappling with conflicting budgetary requests from administrators and the rest of the University community. it was revealed that the unsalaried Board of Regents spent Si 5,774.08 for expenses in 1974. including S4.775 for food and lodging during the twelve meetings in that peroid. That's an average of $84 per regent for each two day stay in Ann Arbor. In addition, individual regents were reimbursed for travel expenses to meetings, including a whopping $3,150 for former regent Gertrude Huebner, who had a chauffeured car because she doesn't like to drive. Not all the news around the University is so glum. Last week, two University students started a suit to challenge the out-of-state icsidency requirements. The suit alleges the Board of Regents does not have the power to set residency rules; that right is reserved lor the state legislature. Only problem with the suit is its similarity to one already thrown out of court by Circuit Court Judge Edward Deake. The University will be seeking an accelerated judgment to get the case settled fast.