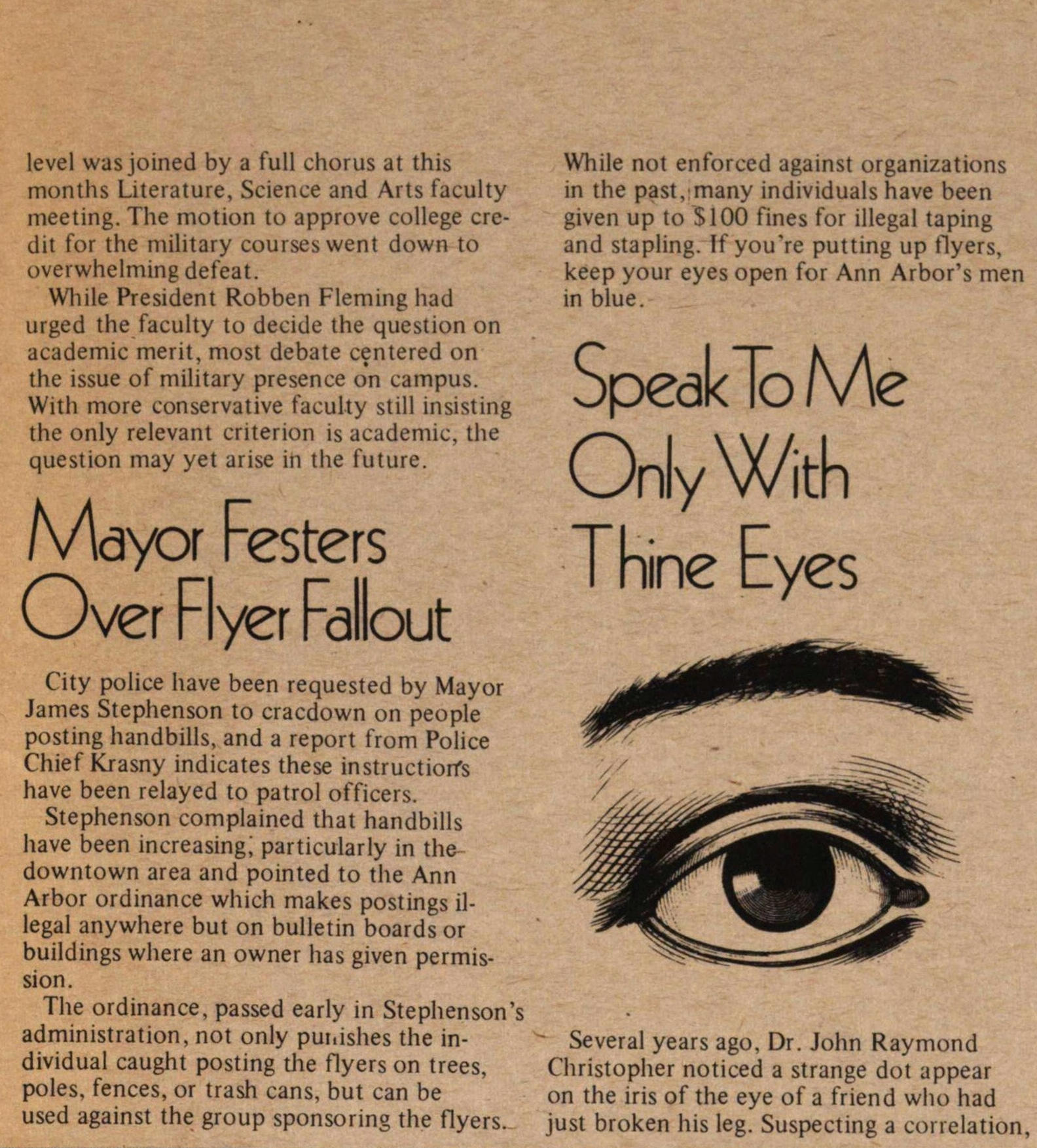 City police have been requested by Mayor James Stephenson to crack down on people posting handbills, and a report from Police Chief Krasny indicates these instructions have been relayed to patrol officers.

Stephenson complained that handbills have been increasing, particularly in the downtown area and pointed to the Ann Arbor ordinance which makes postings illegal anywhere but on bulletin boards or buildings where an owner has given permission.

The ordinance, passed early in Stephenson's administration, not only punishes the individual caught posting the flyers on trees, poles, fences, or trash cans, but can be used against the group sponsoring the flyers.

While not enforced against organizations in the past, many individuals have been given up to $100 fines for illegal taping and stapling. If you're putting up flyers, keep your eyes open for Ann Arbor's men in blue.