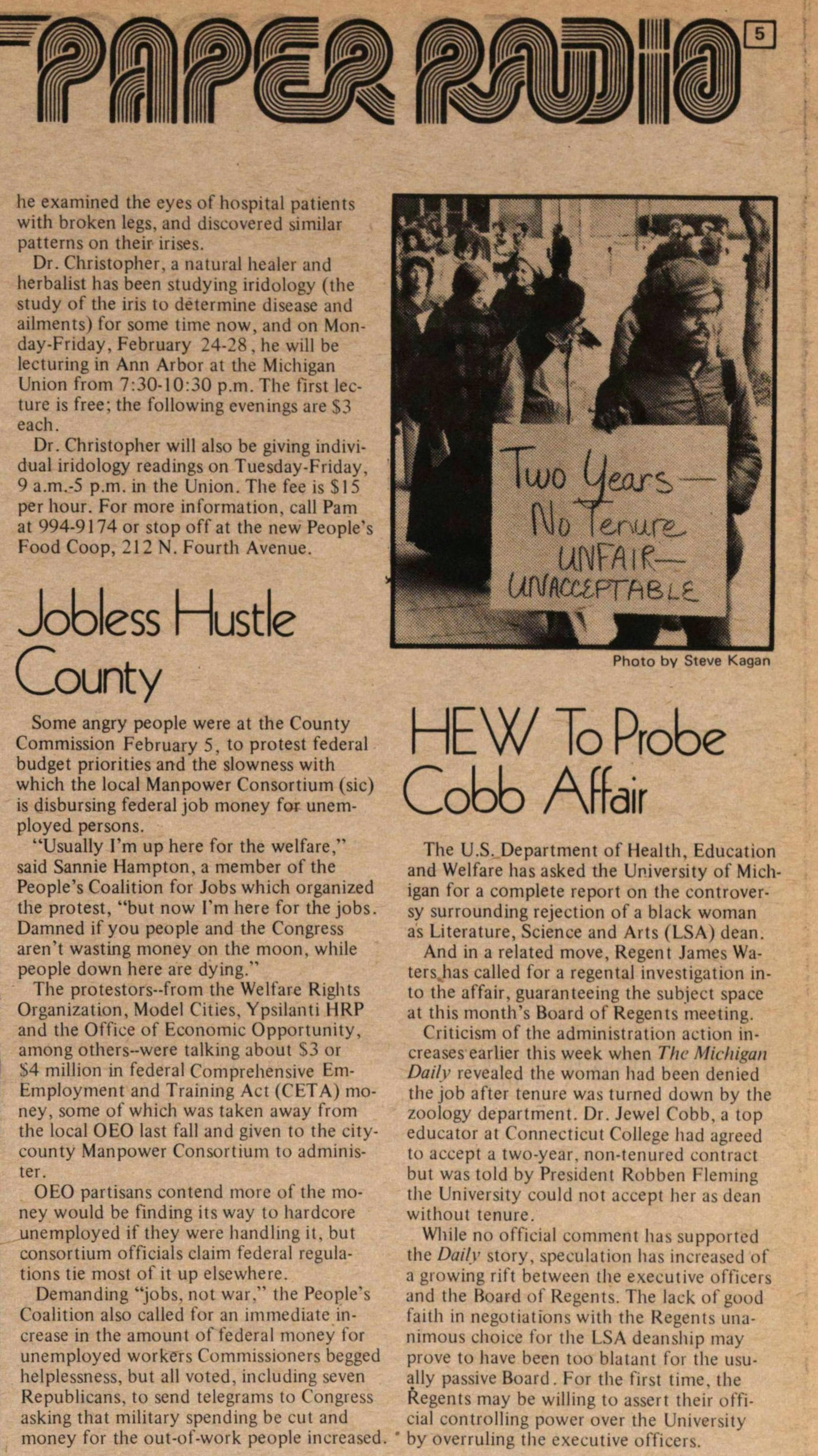 The U.S. Department of Health, Education and Welfare has asked the University of Michigan for a complete report on the controversy surrounding rejection of a black woman as Literature, Science and Arts (LSA) dean. And in a related move, Regent James Waters has called for a regental investigation into the affair, guaranteeing the subject space ut this month's Board of Regents meeting. Criticism of the administration action increases earlier this week when The Michigan Daily revealcd the woman had been denied the job after tenure was turned down by the zoology department. Dr. Jewel Cobb, a top educator at Connecticut College had agreed to accept a two-year. non-tenured contract but was told by President Robben Fleming the University could nol accept her ;is dean without tenure. While no official comment has supported the Daily story, speculation has increased of a growing rift between the executive officers and the Board of Regents. The lack of goud faith in negotiations with the Regents unanimous cfeoice for the LSA deanship may prove to have been too blatant for the usually passive Board. For the firsi time. the Regents may be willing to assert their official controlling power over the University by overruling the executive officers.