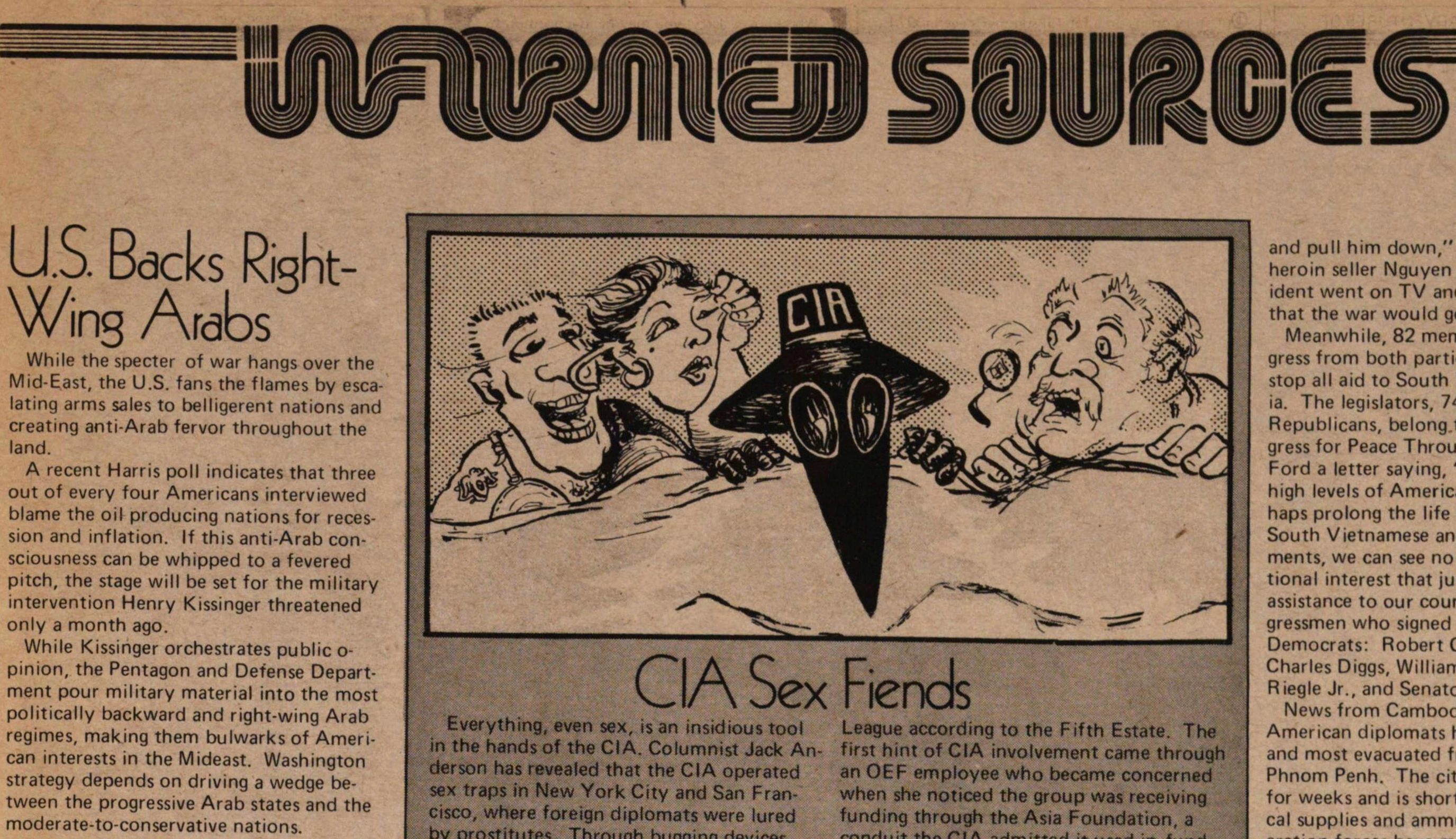 While the specter of war hangs over the Mid-East, the U.S. fans the flames by escalating arms sales to belligerent nations and creating anti-Arab fervor throughout the land. A recent Harris poll ndicates that three out of every four Americans nterviewed blame the oil producing nations for recession and inflation. If this anti-Arab consciousness can be whipped to a fevered pitch, the stage will be set for the military intervention Henry Kissinger threatened only a month ago. While Kissinger orchestrates public opinion, the Pentagon and Defense Department pour military material into the most politically backward and right-wing Arab regimes, making them bulwarks of American interests in the Mideast. Washington strategy depends on driving a wedge between the progressive Arab states and the moderate-toconservative nations.