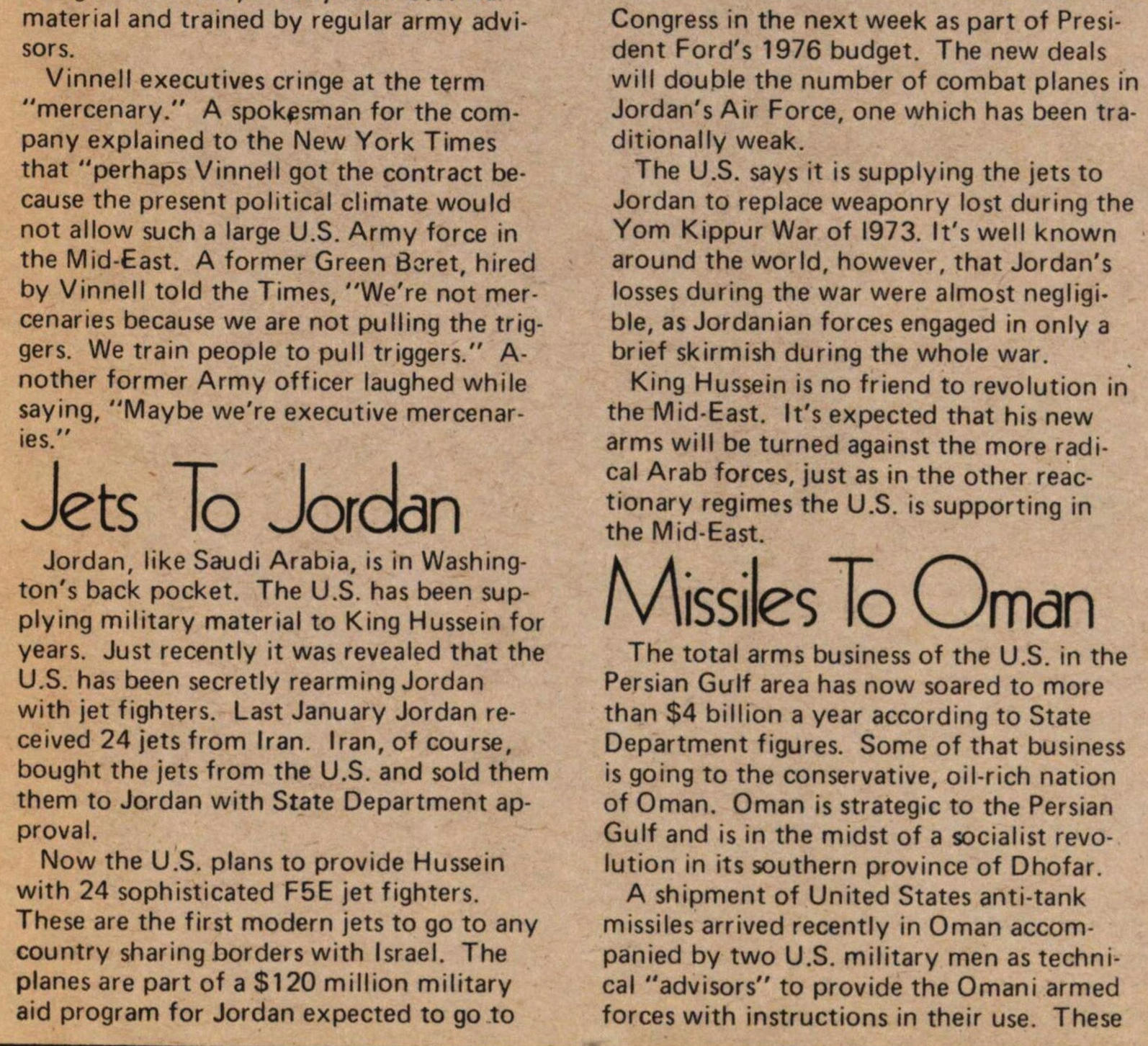 Jordán, like Saudi Arabia, is n Washington's back pocket. The U.S. has been supplying military material to King Hussein for years. Just recently it was revealed that the U.S. has been secretly rearming Jordán with jet f ighters. Last January Jordán received 24 jets f rom Iran. Iran, of course, bought the jets from the U.S. and sold them them to Jordán with State Department approval. Now the U.S. plans to provide Hussein with 24 sophisticated F5E jet fighters. These are the f irst modern jets to go to any country sharing borders with Israel. The planes are part of a $120 million military aid program for Jordán expected to go to Congress in the next week as part of President Ford's 1976 budget. The new deals will doublé the number of combat planes in Jordan's Air Forcé, one which has been traditionally weak. The U.S. says it is supplying the jets to Jordán to replace weaponry lost during the Yom Kippur War of I973. It's well known around the world, however, that Jordan's losses during the war were almost negligible, as Jordanian forces engaged in only a brief skirmish during the whole war. King Hussein is no friend to revolution in the Mid-East. It's expected that his new arms will be turned against the more radical Arab forces, just as in the other reactionary regimes the U.S. is supporting in the Mid-East.