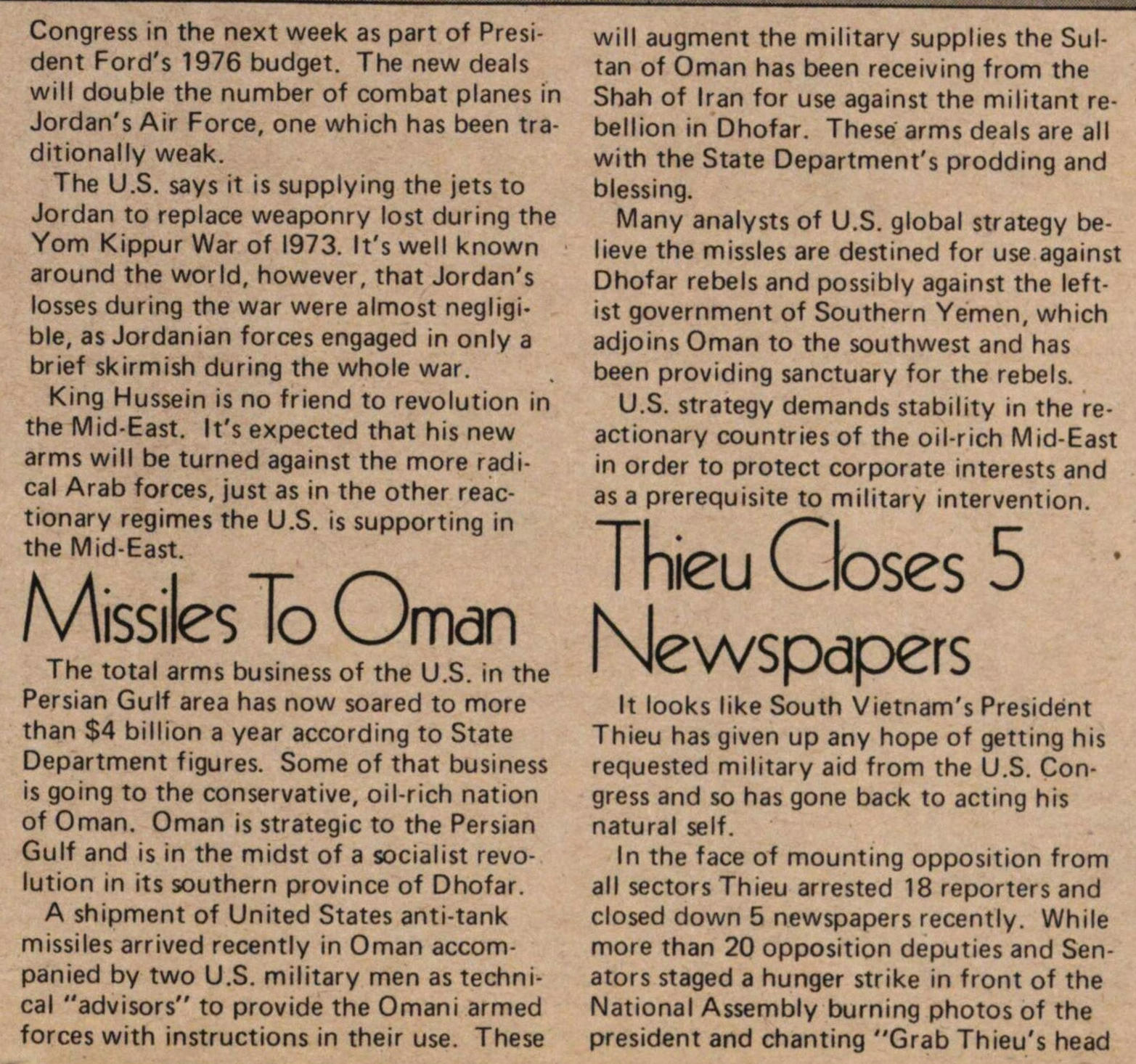 The total arms business of the U.S. in the Persian Gulf área has now soared to more than $4 billion a year according to State Department figures. Some of that business is going to the conservative, oil-rich nation of Oman. Oman is strategie to the Persian Gulf and is in the midst of a socialist revolution in its southern province of Dhofar. A shipment of United States anti-tank missiles arrived recently in Oman accompanied by two U.S. military men as technical "advisors" to provide the Omani armed forces with instructions in their use. These will augment the military supplies the Sultan of Oman has been receiving from the Shah of Iran for use against the militant rebellion in Dhofar. These arms deals are all with the State Department's prodding and blessing. Many analysts of U.S. global strategy believe the missies are destined for use against Dhofar rebels and possibly against the lef tist government of Southern Yemen, which adjoins Oman to the southwest and has been providing sanctuary for the rebels. U.S. strategy demands stability in the reactionary countries of the oil-rich Mid-East in order to protect corporate interests and asa prerequisite to military intervention.