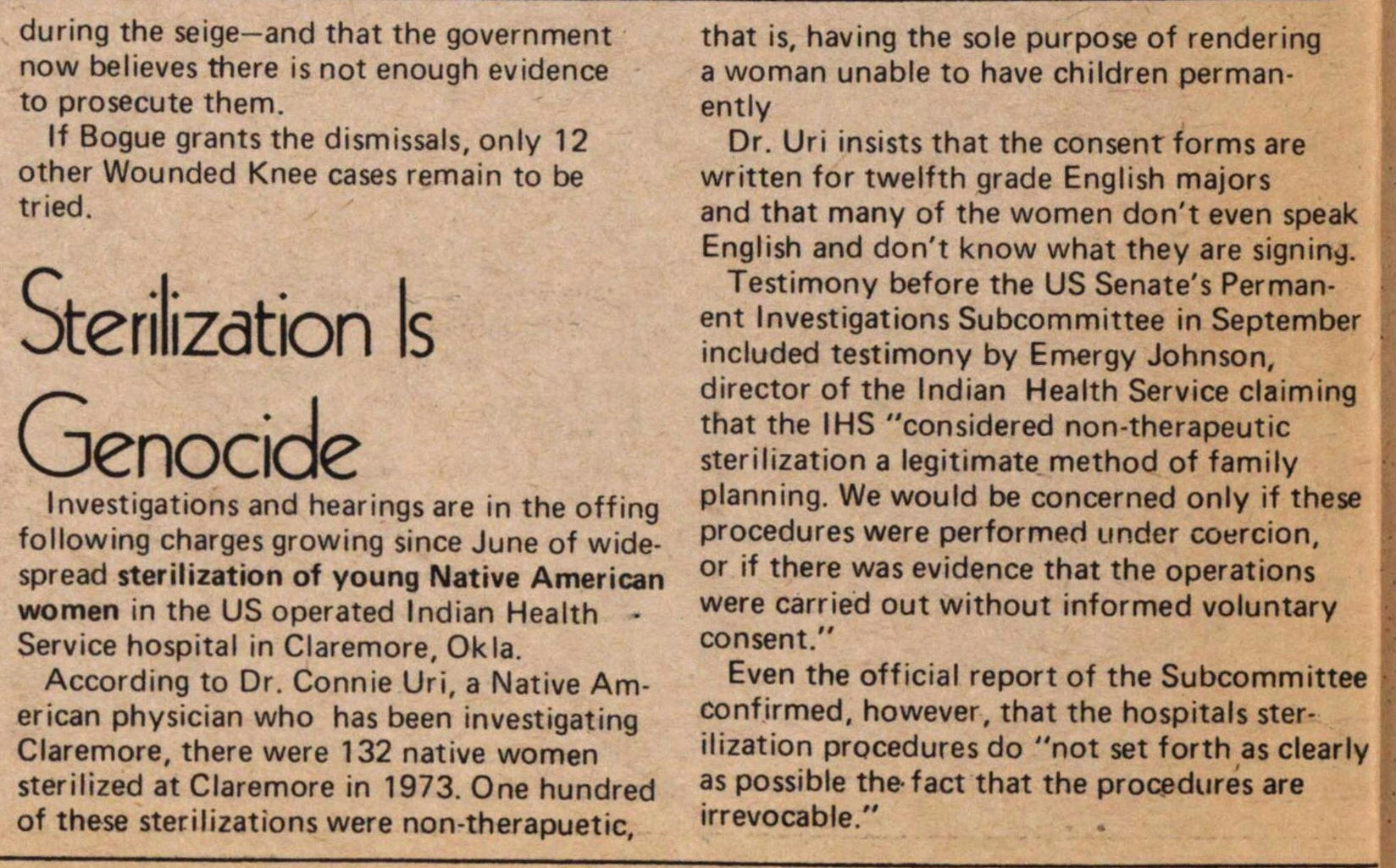 Investigations and hearings are n the off ing following charges growing since June of widespread sterilization of young Native American vromen in the US operated Indian Health Service hospital in Claremore, Okla. According to Dr. Connie Uri, a Native American physician who has been investigating Claremore, there were 132 native women sterilized at Claremore in 1973. One hundred of these steriiizations were non-therapuetic, that s, having the sole purpose of rendering a woman unable to have children permanently Dr. Uri insists that the consent forms are written for twelfth grade English majors and that many of the women don't even speak English and don't know what they are signing. Testimony before the US Senate's Permanent Investigations Subcommittee in September included testimony by Emergy Johnson, director of the Indian Health Service claiming that the IHS "considered non-therapeutic sterilization a legitímate method of family planning. We would be concerned only if these procedures were performed under coerción, or if there was evidence that the operations were carried out without informed voluntary consent." Even the official report of the Subcommittee conf irmed, however, that the hospitals sterilization procedures do "not set forth as clearly as possible the f act that the procedures are irrevocable."