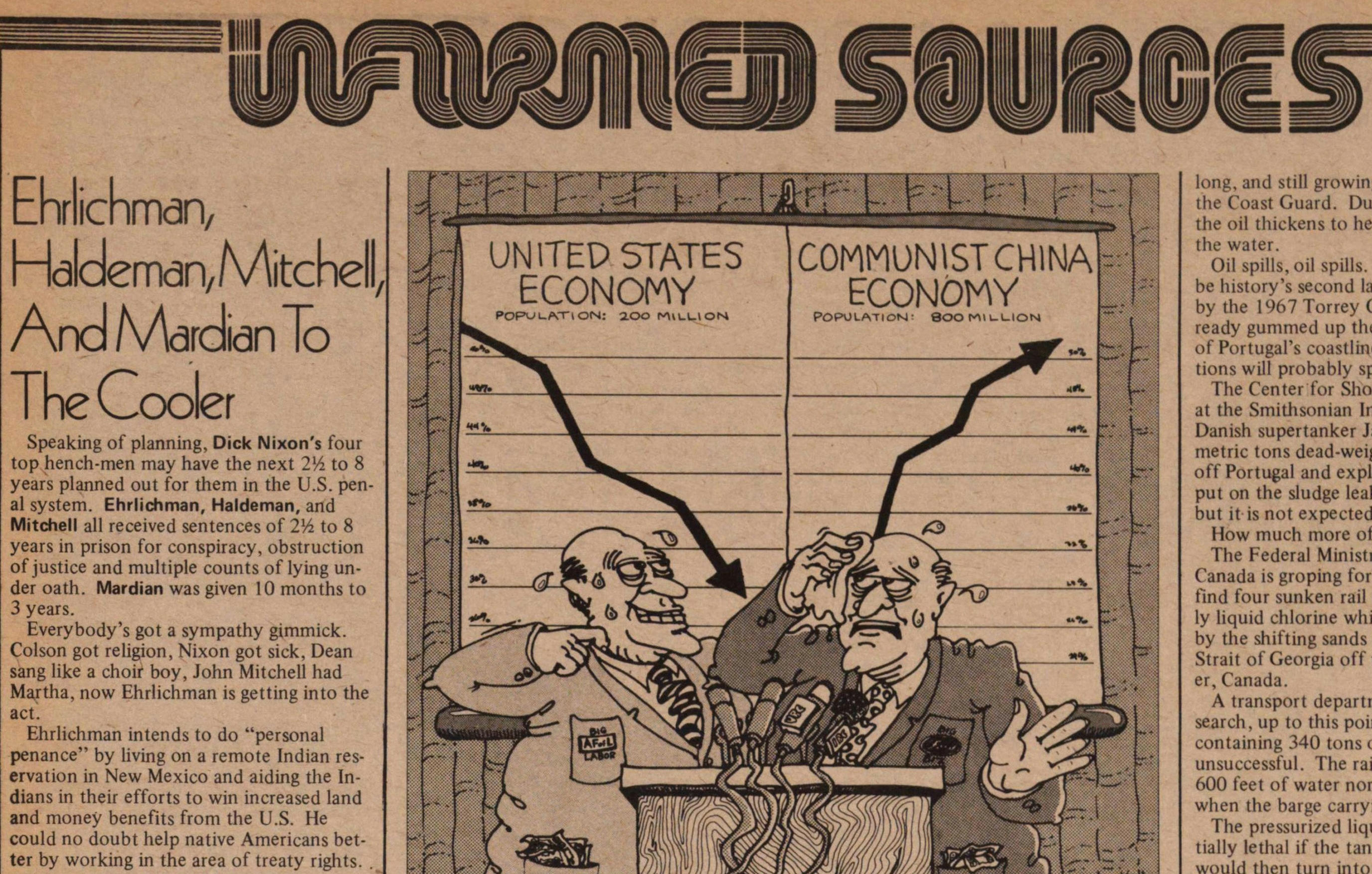 Speaking of planning, Dick Nixon's four top hench-men may have the next 2 1/2 to 8 years planned out for them in the U.S. penal system. Ehrlichman, Haldeman, and Mitchell all received sentences of 2 1/2 to 8 years in prison for conspiracy, obstruction of justice and multiple counts of lying under oath. Mardian was given 10 months to 3 years.

Everybody's got a sympathy gimmick. Colson got religion, Nixon got sick, Dean sang like a choir boy, John Mitchell had Martha, now Ehrlichman is getting into the act.

Ehrlichman intends to do "personal penance" by living on a remote Indian reservation in New Mexico and aiding the Indians in their efforts to win increased land and money benefits from the U.S. He could no doubt help native Americans better by working in the area of treaty rights.