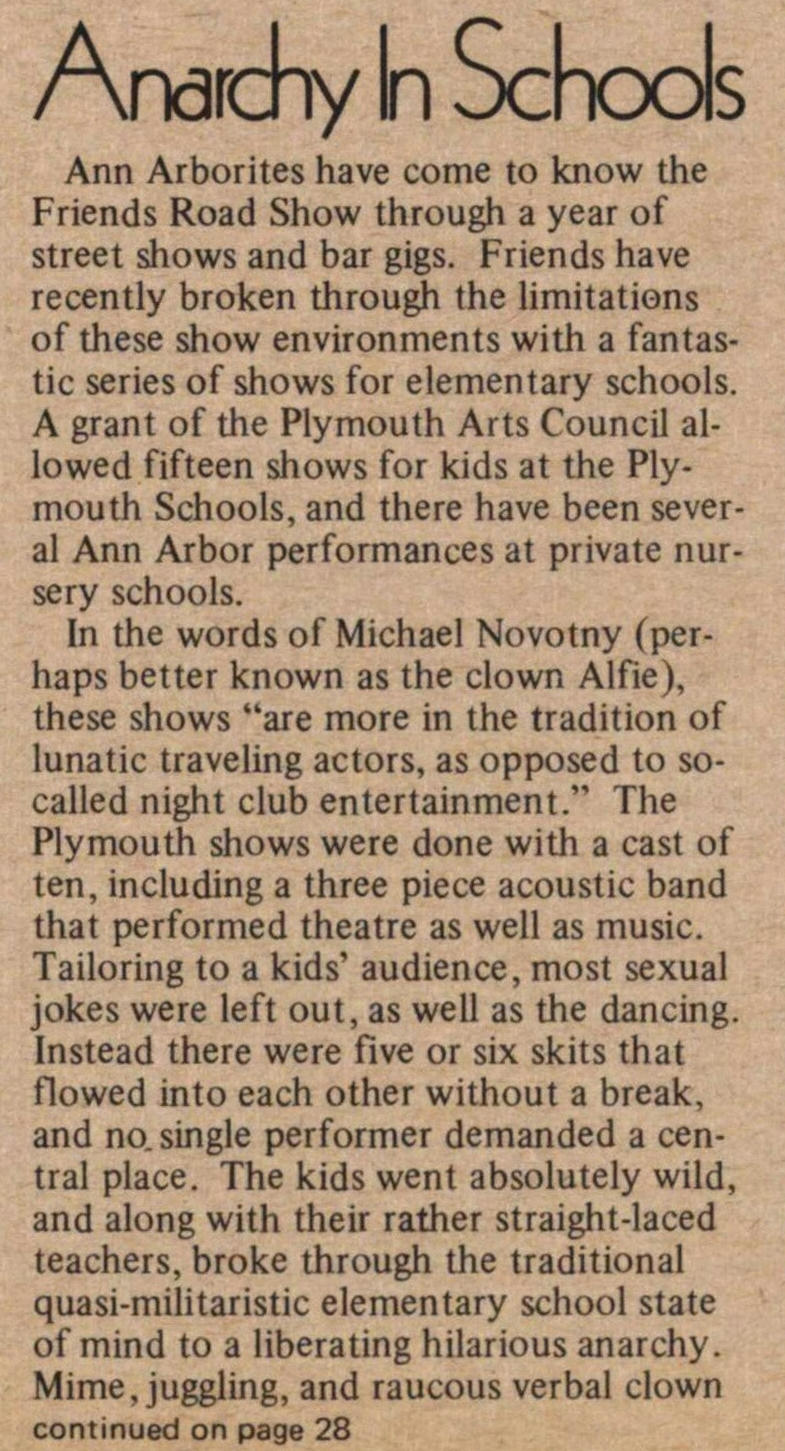 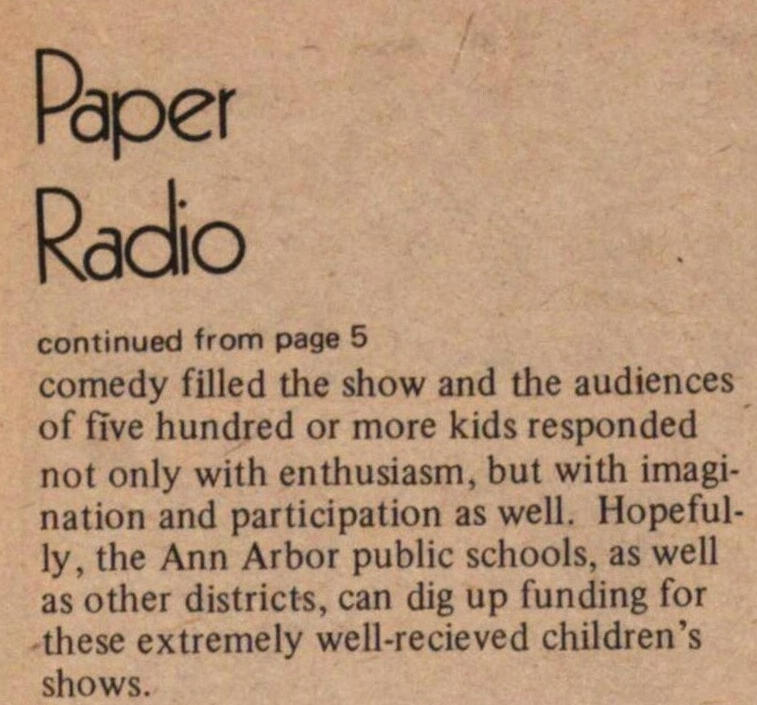 Ann Arborites have come to know the Friends Road Show through a year of street shows and bar gigs. Friends have recently broken through the limitations of these show environments with a fantastic series of shows for elementary schools. A grant of the Plymouth Arts Council allowed fifteen shows for kids at the Plymouth Schools, and there have been several Ann Arbor performances at private nursery schools.

In the words of Michael Novotny (perhaps better known as the clown Alfie), these shows "are more in the tradition of lunatic traveling actors, as opposed to so called night club entertainment." The Plymouth shows were done with a cast of ten, including a three piece acoustic band that performed theatre as well as music. Tailoring to a kids' audience, most sexual jokes were left out, as well as the dancing. Instead there were five or six skits that flowed into each other without a break, and no single performer demanded a central place. The kids went absolutely wild, and along with their rather straight-laced teachers, broke through the traditional quasi-militaristic elementary school state of mind to a liberating hilarious anarchy. Mime, juggling, and raucous verbal clown comedy filled the show and the audiences of fíve hundred or more kids responded not only with enthusiasm, but with imagination and participation as well. Hopefully, the Ann Arbor public schools, as well as other districts, can dig up funding for these extremely well-recieved children's shows.