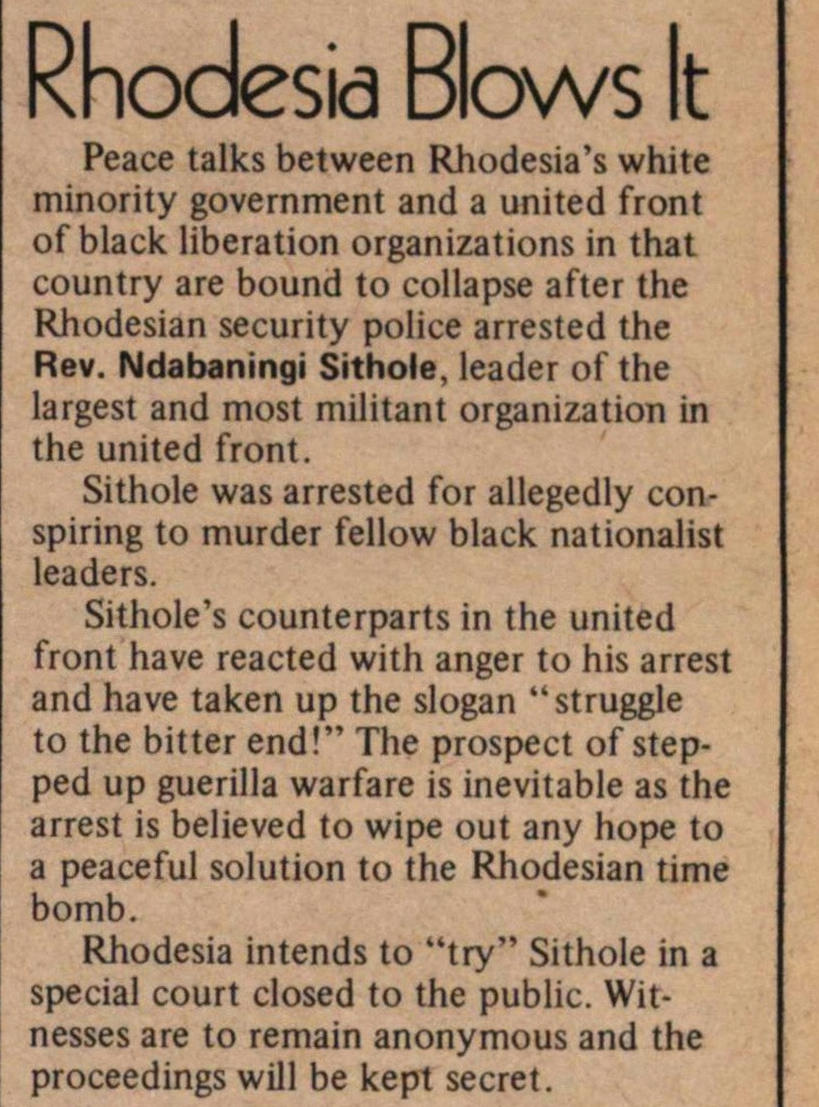 Peace talks between Rhodesia's white minority government and a united front of black liberation organizations in that country are bound to collapse after the Rhodesian security police arrested the Rev. Ndabaningi Sithole, leader of the largest and most militant organization in the united front.

Sithole's counterparts in the united front have reacted with anger to his arrest and have taken up the slogan "struggle to the bitter end!" The prospect of stepped up guerilla warfare is inevitable as the arrest is believed to wipe out any hope to a peaceful solution to the Rhodesian time bomb.

Rhodesia intends to "try" Sithole in a special court closed to the public. Witnesses are to remain anonymous and the proceedings will be kept secret.