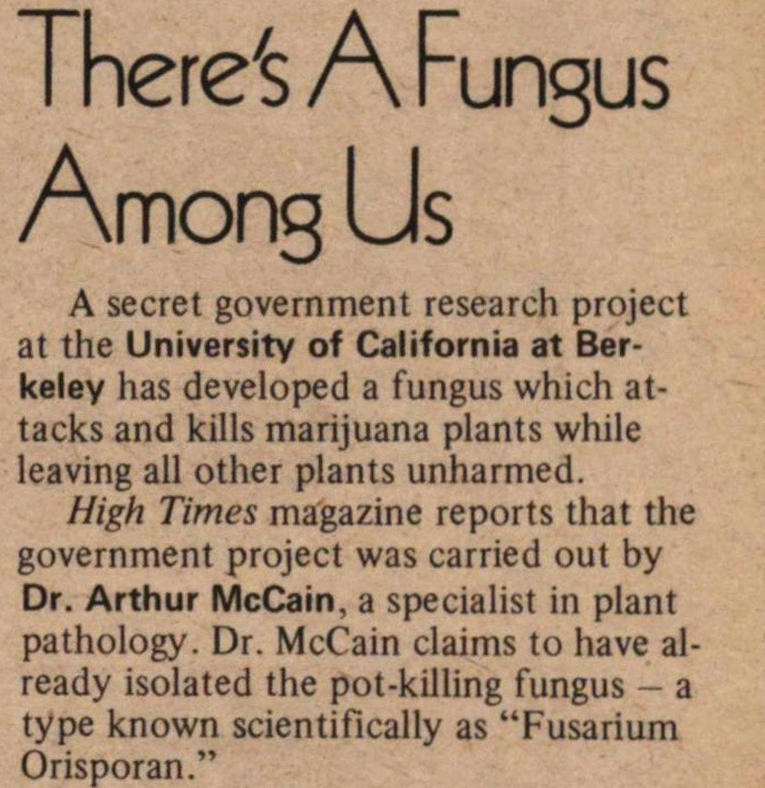 A secret government research project at the University of California at Berkeley has developed a fungus which attacks and kills marijuana plants while leaving all other plants unharmed.

High Times magazine reports that the government project was carried out by Dr. Arthur McCain, a specialist in plant pathology. Dr. McCain claims to have already isolated the pot-killing fungus - a type known scientifically as "Fusarium Orisporan."