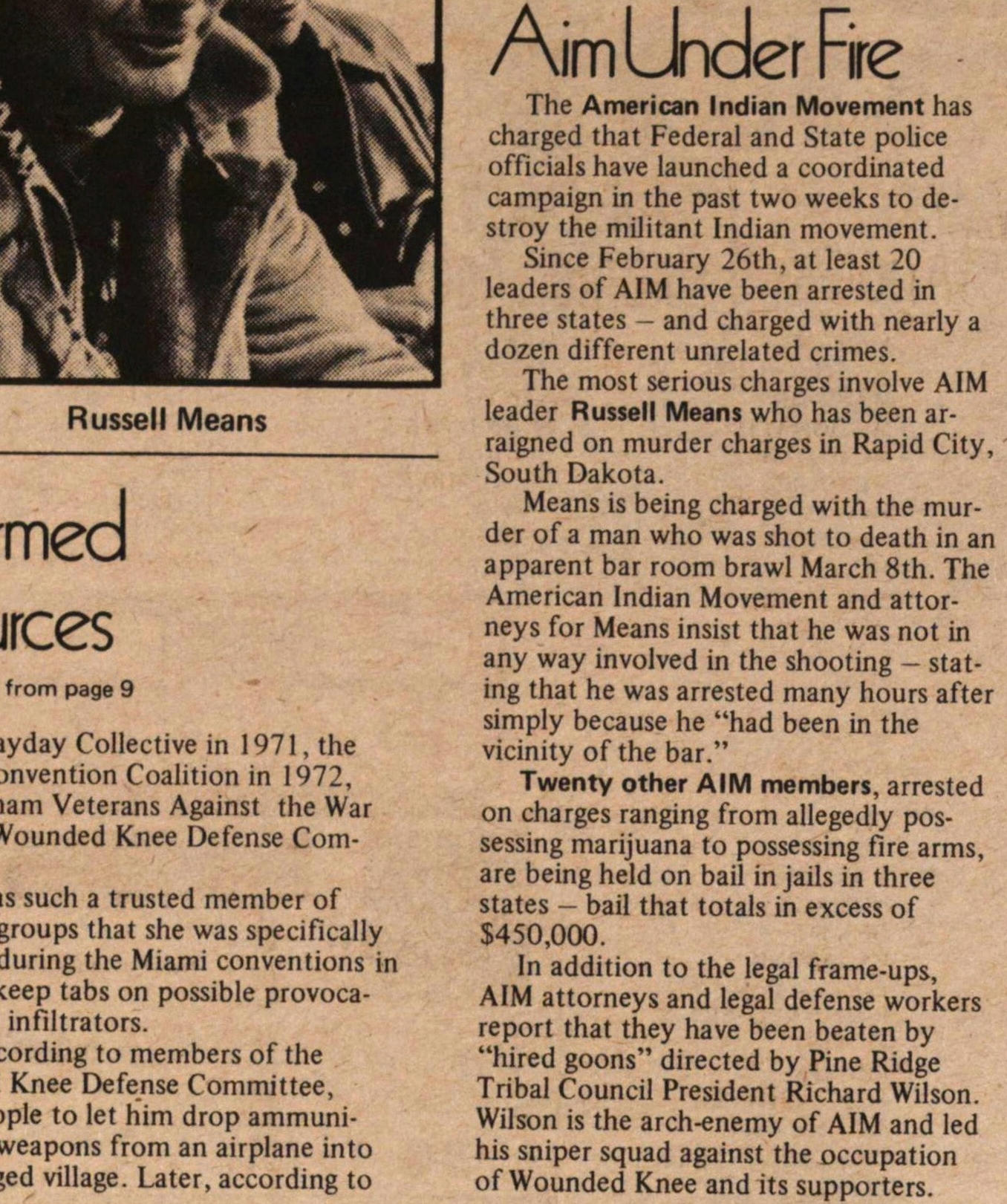 The American Indian Movement has charged that Federal and State police officials have launched a coordinated campaign in the past two weeks to destroy the militant Indian movement.

Since February 26th, at least 20 leaders of AIM have been arrested in three states - and charged with nearly a dozen different unrelated crimes.

The most serious charges involve AIM leader Russell Means who has been arraigned on murder charges in Rapid City, South Dakota.

Means is being charged with the murder of a man who was shot to death in an apparent bar room brawl March 8th. The American Indian Movement and attorneys for Means insist that he was not in any way involved in the shooting - stating that he was arrested many hours after simply because he "had been in the vicinity of the bar."

Twenty other AIM members, arrested on charges ranging from allegedly possessing marijuana to possessing fïre arms, are being held on bail in jails in three states - bail that totals in excess of $450,000.

In addition to the legal frame-ups, AIM attomeys and legal defense workers report that they have been beaten by "hired goons" directed by Pine Ridge Tribal Council President Richard Wilson. Wilson is the arch-enemy of AIM and led his sniper squad against the occupation of Wounded Knee and its supporters.