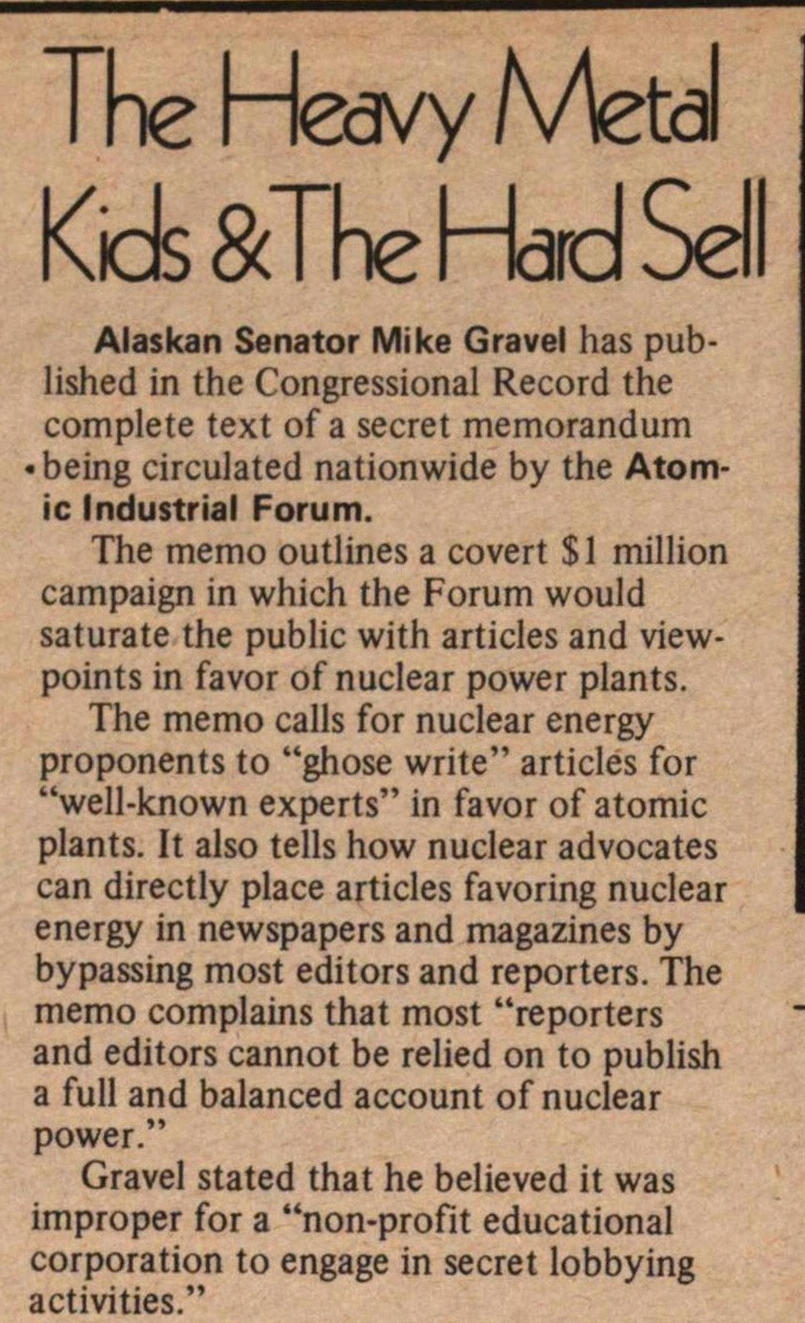 Alaskan Senator Mike Gravel has published in the Congressional Record the complete text of a secret memorandum being circulated nationwide by the Atomic Industrial Forum.

The memo outlines a covert $1 million campaign in which the Forum would saturate the public with articles and viewpoints in favor of nuclear power plants.

The memo calls for nuclear energy proponents to "ghose write" articles for "well-known experts" in favor of atomic plants. It also tells how nuclear advocates can directly place articles favoring nuclear energy in newspapers and magazines by bypassing most editors and reporters. The memo complains that most "reporters and editors cannot be relied on to publish a full and balanced account of nuclear power."

Gravel stated that he believed it was improper for a "non-profit educational Corporation to engage in secret lobbying activities."