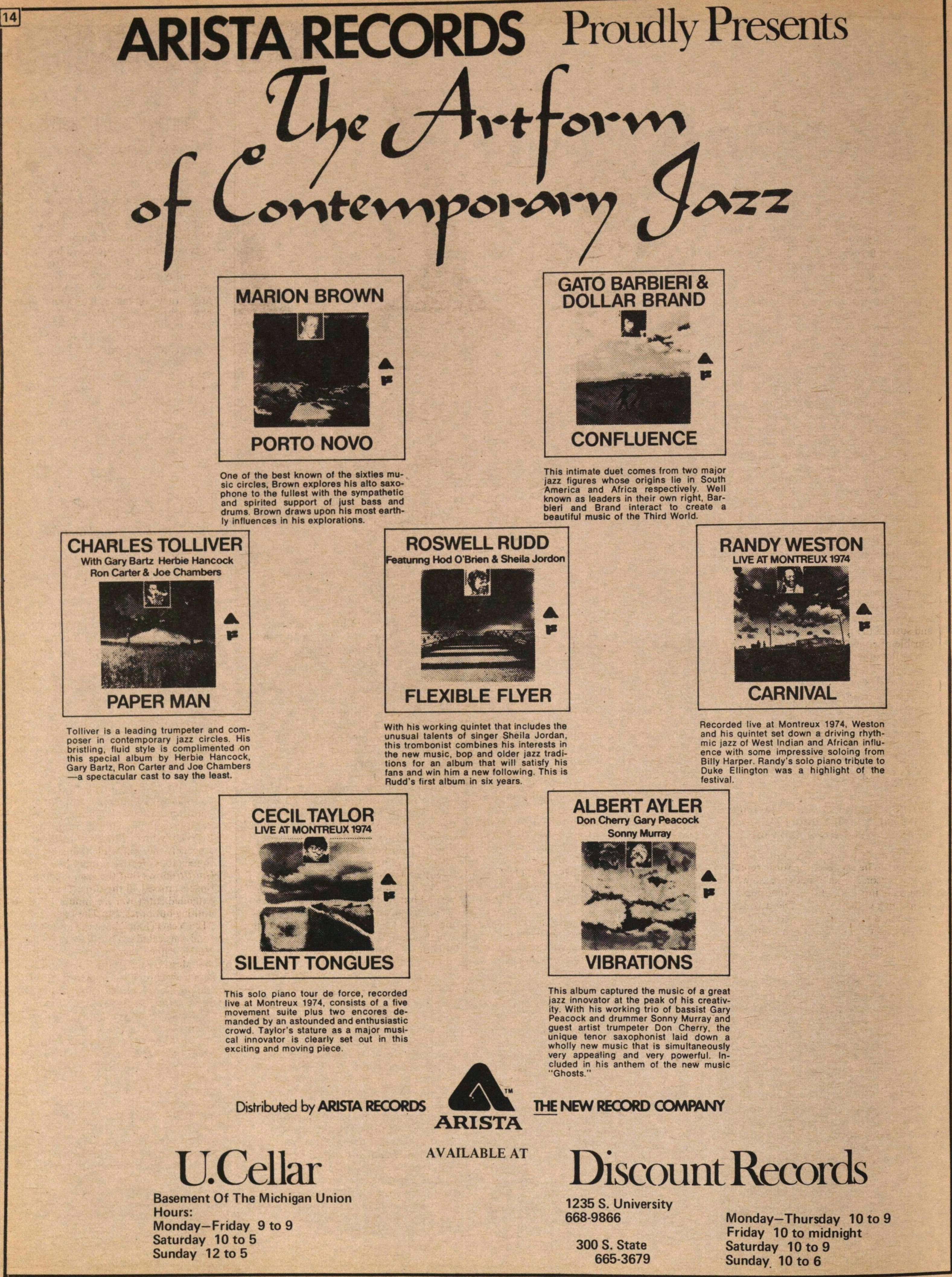 The Artform of Contemporary Jazz

One of the best known of the sixties music circles, Brown explores his alto saxophone to the fullest with the sympathetic and spirited support of just bass and drums. Brown draws upon his most earthly influences in his explorations

This intimate duet comes from two major jazz figures whose origins lie in South America and Africa respectively. Well known as leaders in their own right, Barbieri and Brand interact to create a beautiful music of the Third World.

Tolliver is a leading trumpeter and composer in contemporary jazz circles. His bristling, fluid style is complimented on this special album by Herbie Hancock, Gary Bartz, Ron Carter and Joe Chambers- a spectacular cast to say the least.

With his working quintet that includes the unusual talents of singer Sheila Jordan, this trombonist combines his interests in the new music, bop and older jazz traditions for an album that will satisfy his fans and win him a new following. This is Rudd's first album in six years.

Recorded live at Montreux 1974, Weston and his quintet set down a driving rhythmic jazz of West Indian and African influence with some impressive soloing from Billy Harper. Randy's solo piano tribute to Duke Ellington was a highlight of the festival.

This solo piano tour de force, recorded live at Montreux 1974, consists of a five movement suite plus two encores demanded by an astounded and enthusiastic crowd. Taylor's stature as a major musical innovator is clearly set out in this exciting and moving piece.

This album captured the music of a great jazz innovator at the peak of his creativity. With his working trio of bassist Gary Peacock and drummer Sonny Murray and guest artist trumpeter Don Cherry, the unique tenor saxophonist laid down a wholly new music that is simultaneously very appealing and very powerful. Included in his anthem of the new music "Ghosts"

Basement of the Michigan Union