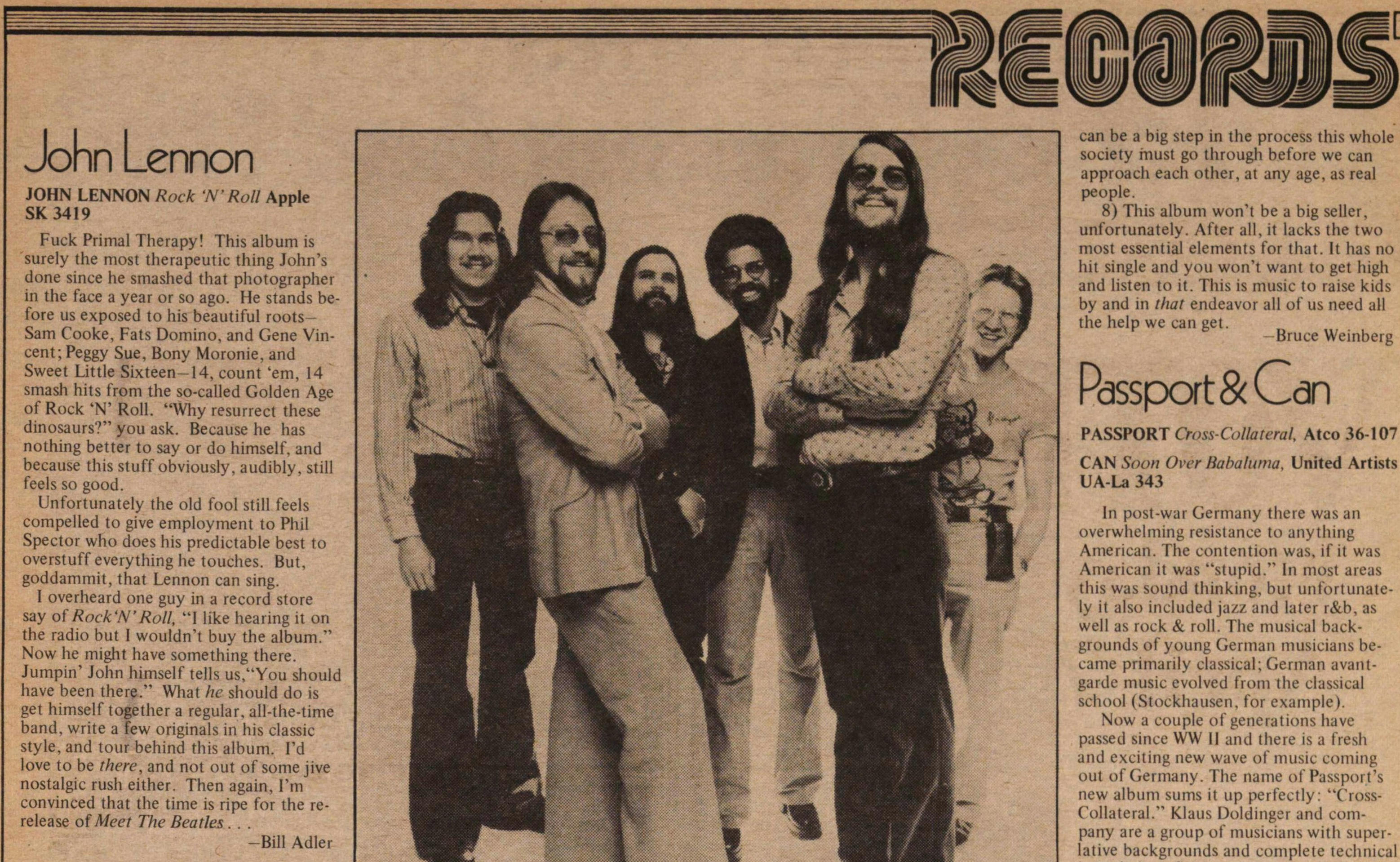 Fuck Primal Therapy! This album is surely the most therapeutic thing John's done since he smashed that photographer in the face a year or so ago. He stands before us exposed to his beautiful roots--Sam Cooke, Fats Domino, and Gene Vincent; Peggy Sue, Bony Moronie, and Sweet Little Sixteen-14, count 'em, 14 smash hits from the so-called Golden Age of Rock 'N' Roll. "Why resurrect these dinosaurs?" you ask. Because he has nothing better to say or do himself, and because this stuff obviously, audibly, still feels so good.

Unfortunately the old fool still feels compelled to give employment to Phil Spector who does his predictable best to overstuff every thing he touches. But, goddammit, that Lennon can sing.

I overheard one guy in a record store say of Rock 'N' Roll, "I like hearing it on the radio but I wouldn't buy the album." Now he might have something there. Jumpin' John himself tells us, "You should have been there." What he should do is get himself together a regular, all-the-time band, write a few originals in his classic style, and tour behind this album. I'd love to be there, and not out of some jive nostalgic rush either. Then again, I'm convinced that the time is ripe for the rerelease of Meet The Beatles...