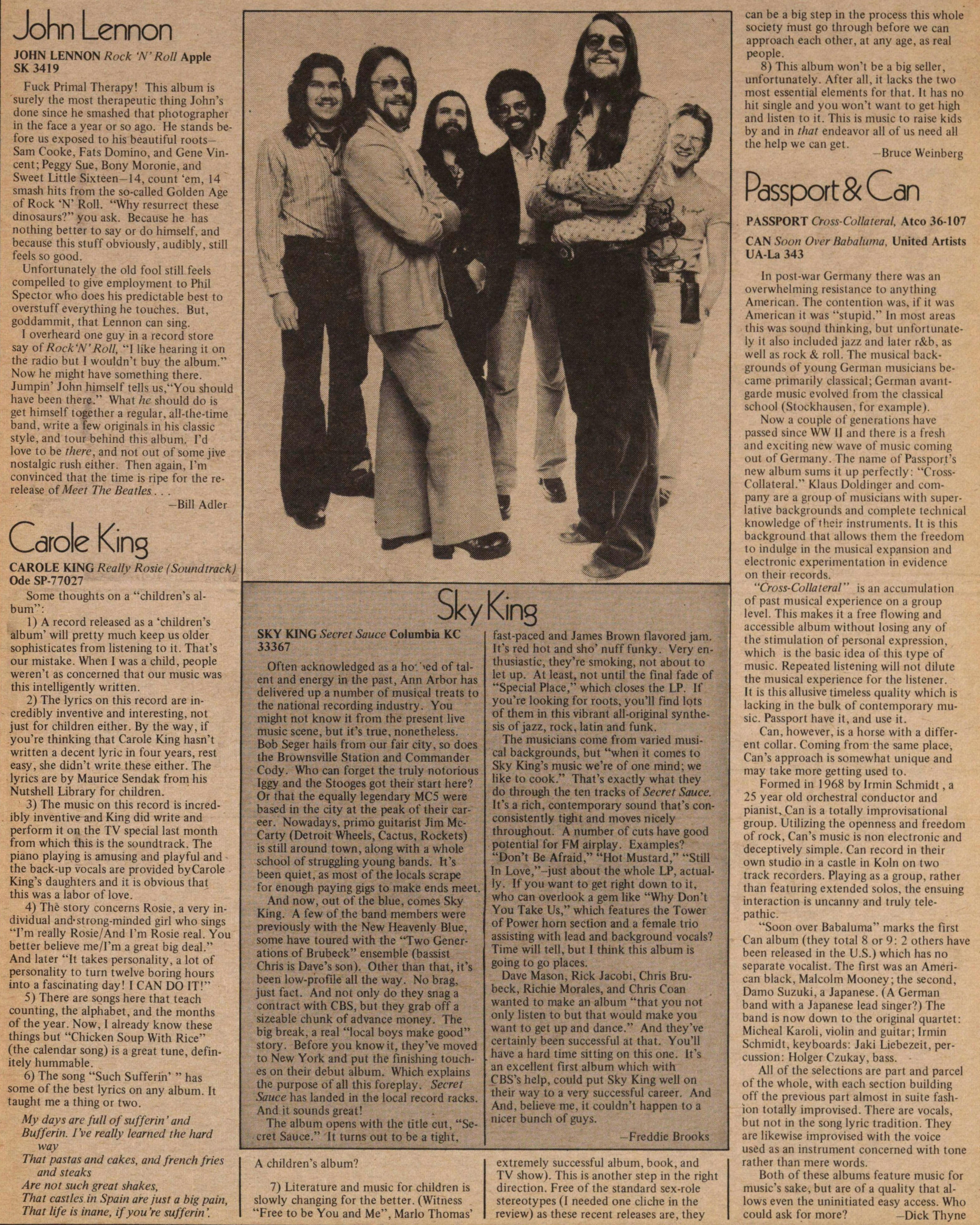 CAROLE KING Reallv Rasie (Soundtrack) Ode SP-77O27 Some thoughts on a "children's album": 1) A record released as a 'children's album' will pretty much keep us older sophisticates from listening to it. That's our mistake. Wlien 1 was a child, people weren't as concerned that our music was this intelligently written. 2) The lyrics on this record are incredibly inventive and interesting, not just for children either. By the way, if you're thinking that Carole King hasn't written a decent lyric in four years, rest easy, she didn't write these either. The lyrics are by Maurice Sendak from his Nutshell Library for children. 3) The music on this record is incredibly inventive and King did write and perform it on the TV special last month from which this is the soundtrack. The piano playing is amusing and playful and the back-up vocals are provided byCarole King's daughters and it is obvious that this was a labor of love. 4) The story concerns Rosie, a very individual and-strong-minded girl who sings 'i'm really RosieAnd I'ni Rosie real. You better believe mel'm a great big deal." And later "It takes personality, a lot of personality to turn twelve boring hours into a fascinating day! I CAN DO IT!" 5) There are songs here that teach counting, the alphabet, and the months of the year. Now, 1 already know these things but "Chicken Soup With Rice" (the calendar song) is a great tune, definitely hummable. 6) The song "Such Sufferin' " has some of the best lyrics on any album. It taught me a thing or two. My days are full of sufferin ' and Bufferin. I've really léarned the hard way That pastas and cakes, and french fries and steaks Are not such great shakes, That castles in Spain are just a big pain, That life is inane, if you 're sufferin '. A children's album? 7) Literature and music for children is slowly changing for the better. (Witness "Free to be You and Me", Mario Thomas' extremely successful album, book, and TV show). This is another step in the right direction. Free of the standard sex-role stereotypes (I needed one cliché in the review) as these recent releases are, they can be a big step in the process this whole society must go through before we can approach each otlier, at any age, as real people. 8) This album won't be a big seller, unfortunately. At'ter all, it lacks the two most essential elements for that. It has no hit single and you won't want to get high and listen to it. This is music to raise kids by and in that endeavor all of us need all the help we can get.