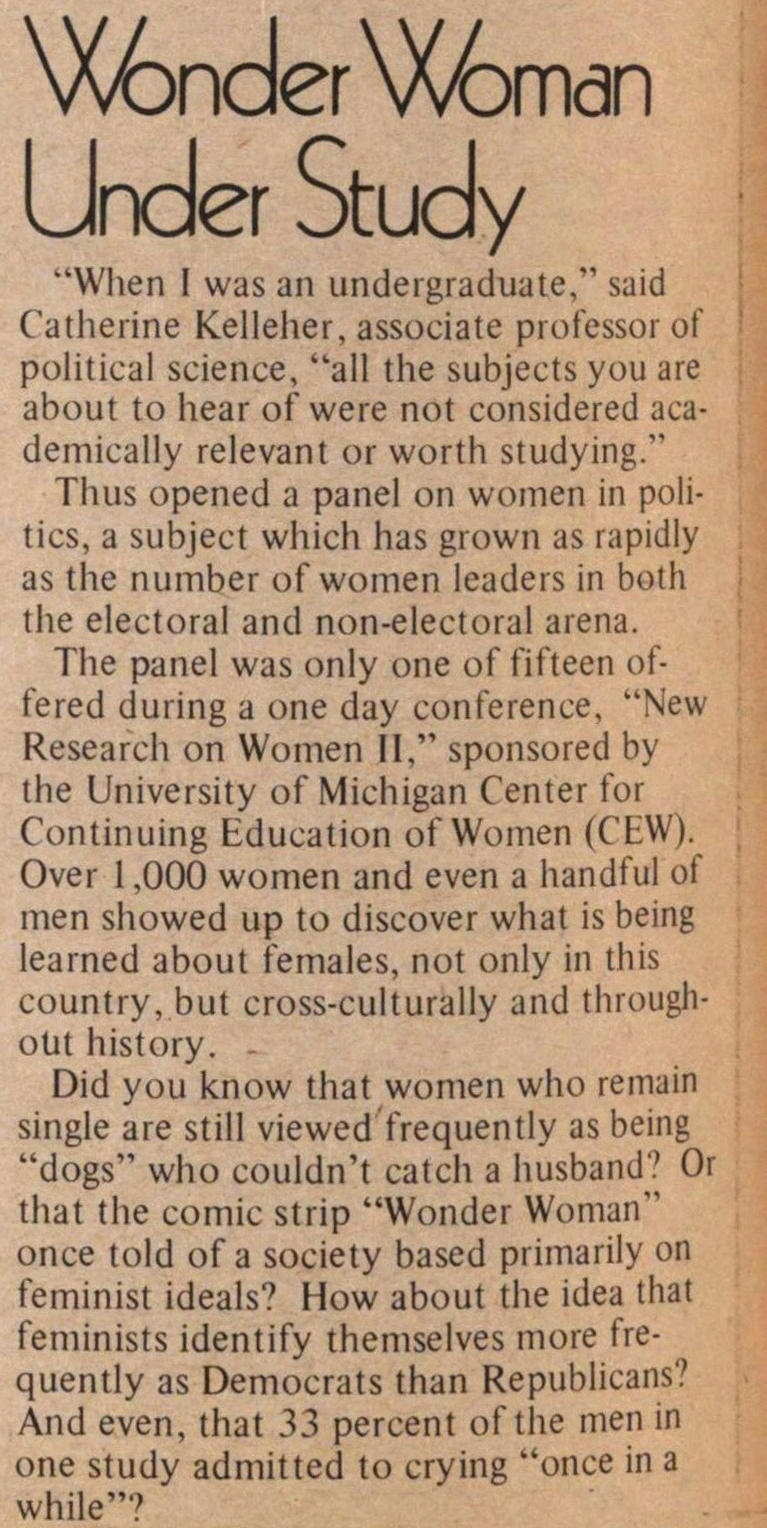 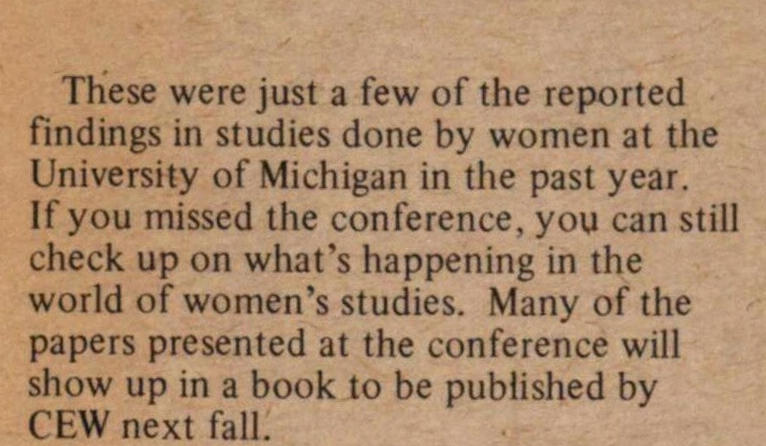 Wonder Woman Under Study / "When I was an undergraduate," said Catherine Kelleher, associate professor of political science, "all the subjects you are about to hear of were not considered academically relevant or worth studying." Thus opened a panel on women in politics, a subject which has grown as rapidly as the number of women leaders in both the electoral and non-electoral arena. / The panel was only one of fifteen offered during a one day conference, "New Research on Women II," sponsored by the University of Michigan Center for Continuing Education of Women (CEW). Over 1 ,000 women and even a handful of men showed up to discover what is being learned about females, not only in this country, but cross-culturally and throughout history. / Did you know that women who remain single are still viewed frequently as being "dogs" who couldn't catch a husband? Or that the comic strip "Wonder Woman" once told of a society based primarily on feminist ideals? How about the idea that feminists identify themselves more frequently as Democrats than Republicans? And even, that 33 percent of the men in one study admitted to crying "once in a while"? / These were just a few of the reported findings in studies done by women at the University of Michigan in the past year. If you missed the conference, you can still check up on what's happening in the world of women's studies. Many of the papers presented at the conference will show up in a book to be published by CEW next fall.