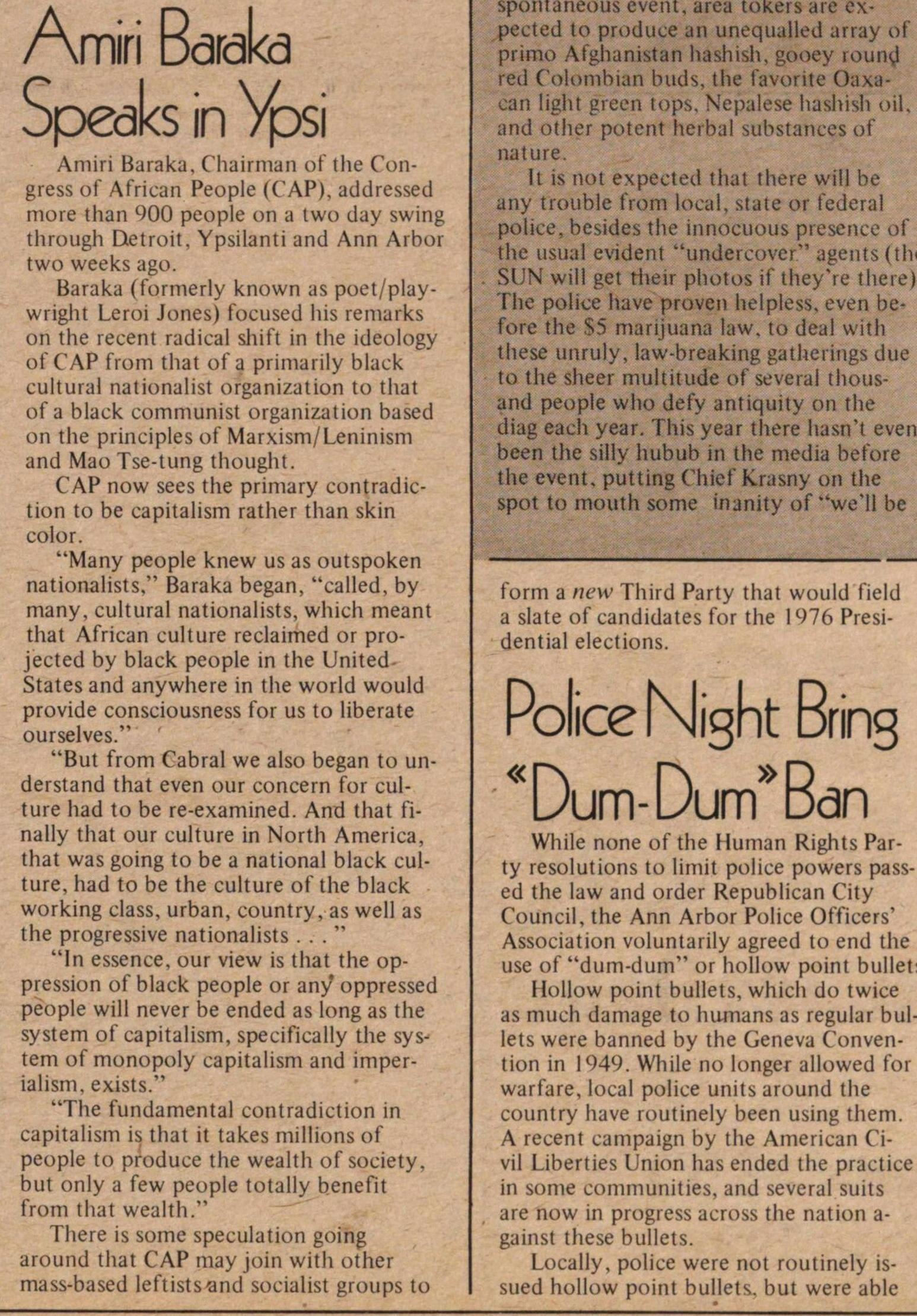 Amiri Baraka, Chairman of the Congress of African People (CAP), addressed more than 900 people on a two day swing through Detroit, Ypsilanti and Ann Arbor two weeks ago.

Baraka (formerly known as poet/playwright Leroi Jones) focused his remarks on the recent radical shift in the ideology of CAP from that of a primarily black cultural nationalist organization to that of a black communist organization based on the principles of Marxism/Leninism and Mao Tse-tung thought.

CAP now sees the primary contradiction to be capitalism rather than skin color.

"Many people knew us as outspoken nationalists." Baraka began, "called, by many, cultural nationalists, which meant that African culture reclaimed or projected by black people in the United States and anywhere in the world would provide consciousness for us to liberate ourselves."

"But from Cabral we also began to understand that even our concern for culture had to be re-examined. And that finally that our culture in North America, that was going to be a national black culture, had to be the culture of the black working class, urban, country, as well as the progressive nationalists ..."

"In essence, our view is that the oppression of black people or any oppressed people will never be ended as long as the system of capitalism, specifically the system of monopoly capitalism and imperialism, exists."

"The fundamental contradiction in capitalism is that it takes millions of people to produce the wealth of society, but only a few people totally benefit from that wealth."

There is some speculation going around that CAP may join with other mass-based leftists and socialist groups to form a new Third Party that would field a slate of candidates for the 1976 Presidential elections.