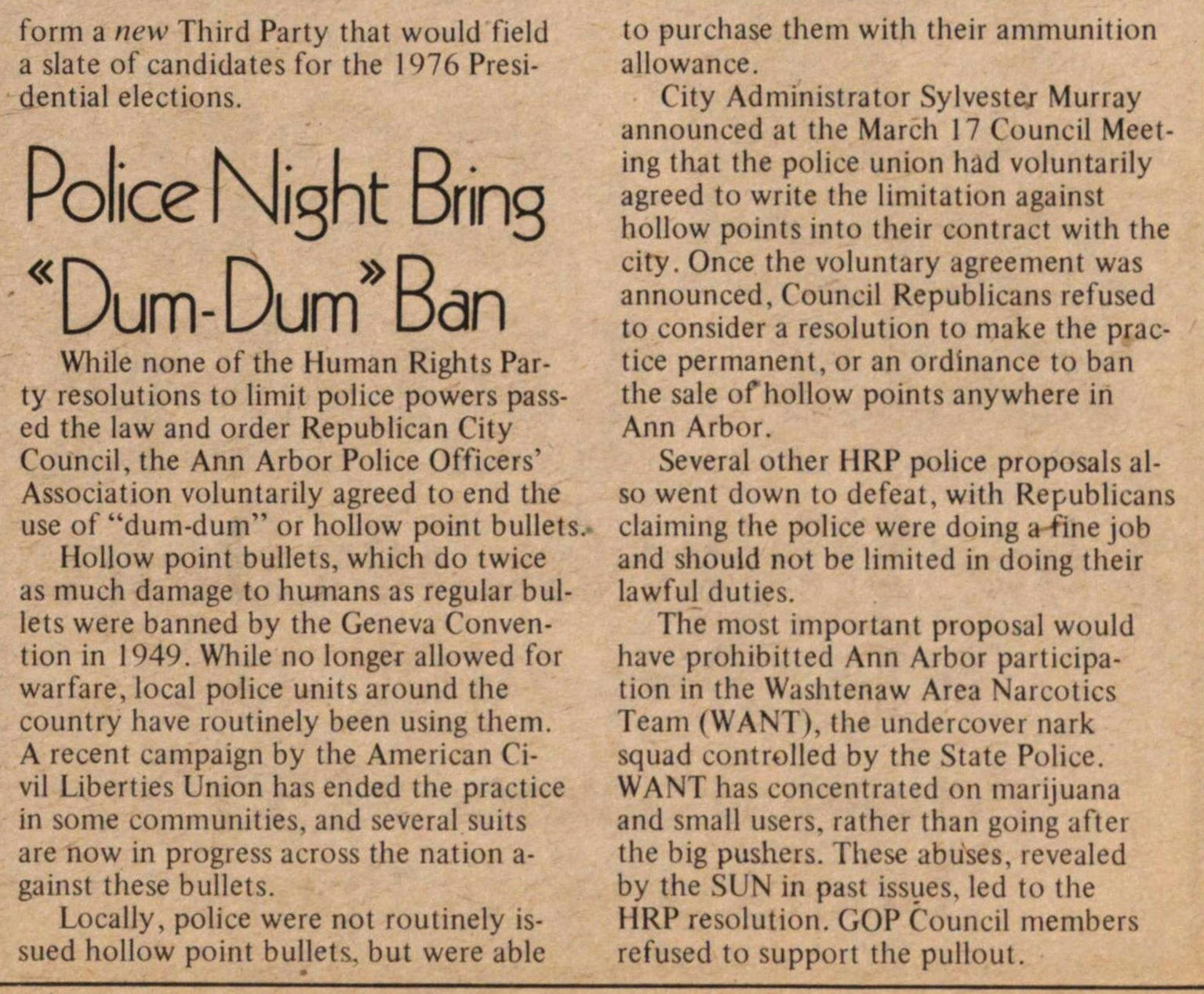 Police Night Bring "Dum-Dum" Ban / While none of the Human Rights Party resolutions to limit police powers passed the law and order Republican City Council, the Ann Arbor Police Officers' Association voluntarily agreed to end the use of "dum-dum" or hollow point bullets. / Hollow point bullets, which do twice as much damage to humans as regular bullets were banned by the Geneva Convention in 1949. While no longer allowed for warfare, local police units around the country have routinely been using them. A recent campaign by the American Civil Liberties Union has ended the practice in some communities, and several suits are now in progress across the nation against these bullets. / Locally, police were not routinely issued hollow point bullets, but were able to purchase them with their ammunition allowance. / City Administrator Sylvester Murray announced at the March 17 Council Meeting that the police union had voluntarily agreed to write the limitation against hollow points into their contract with the city. Once the voluntary agreement was announced, Council Republicans refused to consider a resolution to make the practice permanent, or an ordinance to ban the sale of hollow points anywhere in Ann Arbor. / Several other HRP police proposals also went down to defeat, with Republicans claiming the police were doing a fine job and should not be limited in doing their lawful duties. / The most important proposal would have prohibit ted Ann Arbor participation in the Washtenaw Area Narcotics Team (WANT), the undercover nark squad controlled by the State Police. WANT has concentrated on marijuana and small users, rather than going after the big pushers. These abuses, revealed by the SUN in past issues, led to the HRP resolution. GOP Council members refused to support the pullout.