Get Hashed At The Bash 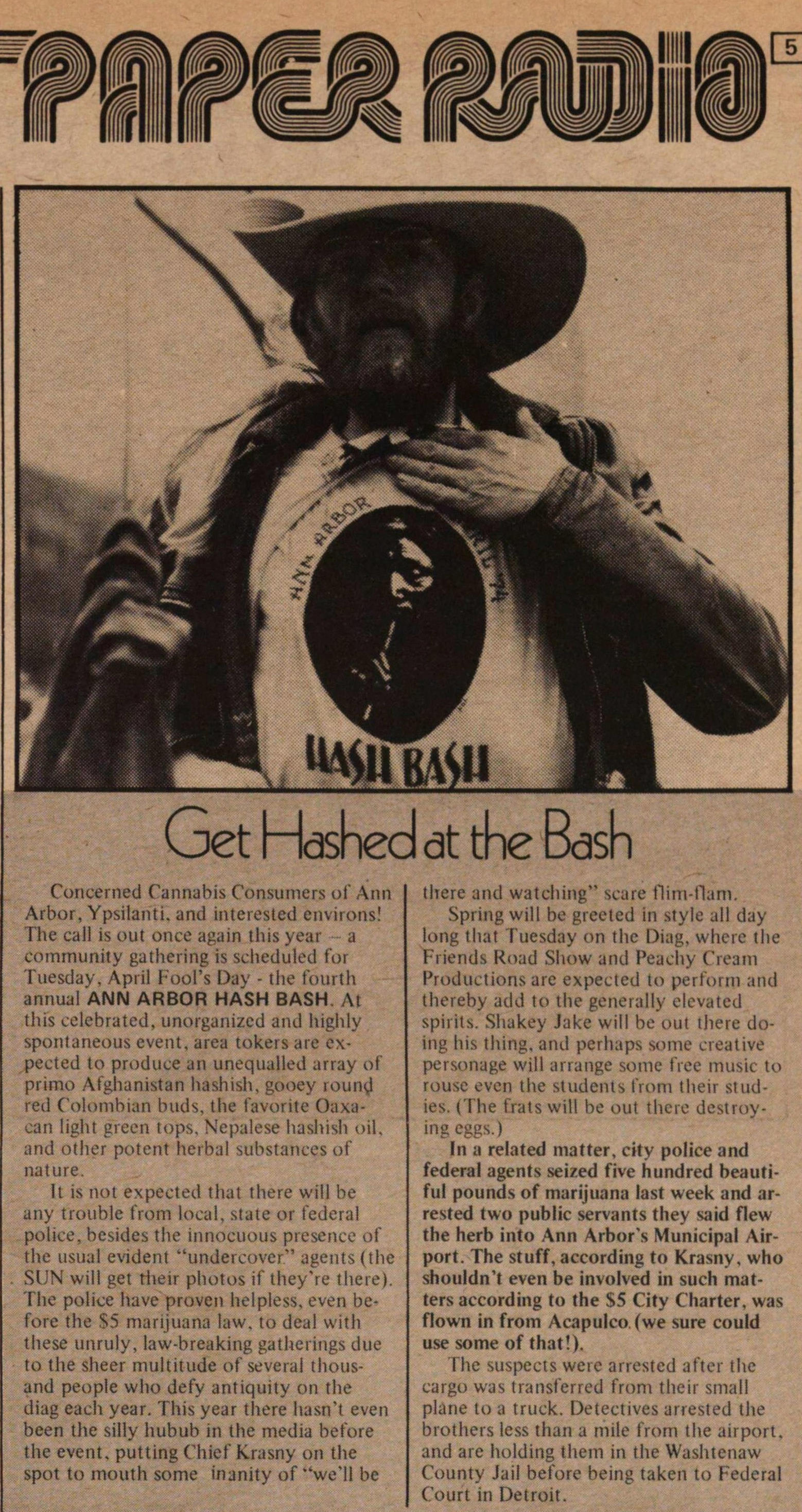 It is not expected that there will be any trouble from local, state or federal police, besides the innocuous presence of the usual evident "undercover" agents (the SUN will get their photos if they're there). The police have proven helpless, even before the $5 marijuana law, to deal with these unruly, law-breaking gatherings due to the sheer multitude of several thousand people who defy antiquity on the diag each year. This year there hasn't even been the silly hubub in the media before the event, putting Chief Krasny on the spot to mouth some inanity of "well be there and watching" scare flim-flam.

Spring will be greeted in style all day long that Tuesday on the Diag, where the Friends Road Show and Peachy Cream Productions are expected to perform and thereby add to the generally elevated spirits. Shakey Jake will be out there doing his thing, and perhaps some creative personage will arrange some free music to rouse even the students from their studies. (The frats will be out there destroying eggs.)

In a related matter, city police and federal agents seized five hundred beautiful pounds of marijuana last week and arrested two public servants they said flew the herb into Ann Arbor's Municipal Airport. The stuff, according to Krasny, who shouldn't even be involved in such matters according to the $5 City Charter, was flown in from Acapulco (we sure could use some of that!).

The suspects were arrested after the cargo was transferred from their small plane to a truck. Detectives arrested the brothers less than a mile from the airport, and are holding them in the Washtenaw County Jail before being taken to Federal Court in Detroit.