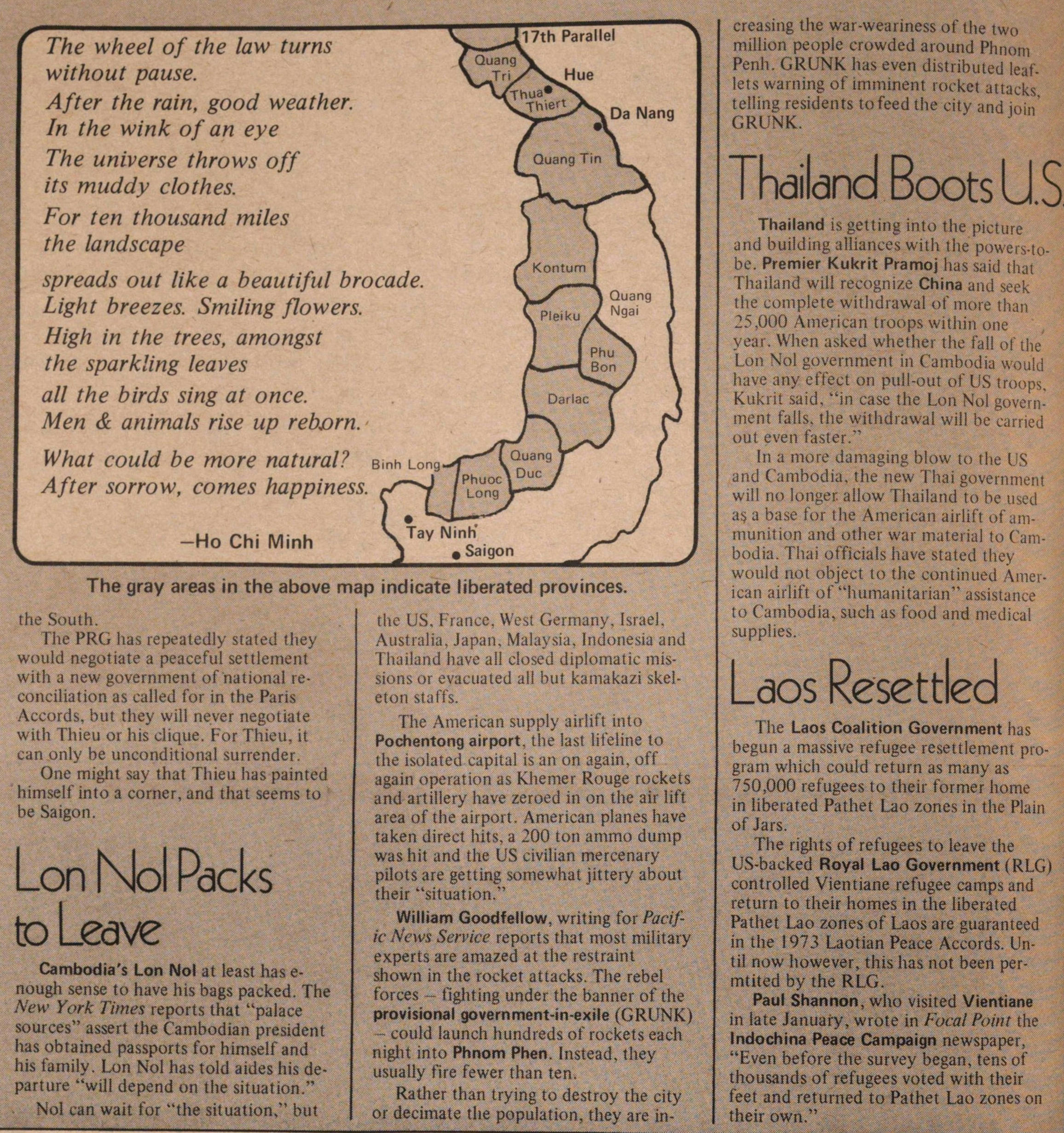 Cambodia's Lon Nol at least has enough sense to have his bags packed. The New York Times reports that "palace sources" assert the Cambodian president has obtained passports for himself and his family. Lon Nol has told aides his departure "will depend on the situation."

Nol can wait for "the situation," but the US, France, West Germany, Israel, Australia, Japan, Malaysia, Indonesia and Thailand have all closed diplomatic missions or evacuated all but kamakazi skeleton staffs.

The American supply airlift into Pochentong airport, the last lifeline to the isolated capital is an on again, off again operation as Khemer Rouge rockets and artillery have zeroed in on the air lift area of the airport. American planes have taken direct hits, a 200 ton ammo dump was hit and the US civilian mercenary pilots are getting somewhat jittery about their "situation."

Wiliiam Goodfellow, writing for Pacific News Service reports that most military experts are amazed at the restraint shown in the rocket attacks. The rebel forces-fighting under the banner of the provisional government-in-exile (GRUNK)-could launch hundreds of rockets each night into Phnom Phen. Instead, they usually fire fewer than ten.

Rather than trying to destroy the city or decimate the population, they are creasing the war-weariness of the two million people crowded around Phnom Penh. GRUNK has even distributed leafIets warning of imminent rocket attacks telling residents to feed the city and join GRUNK.