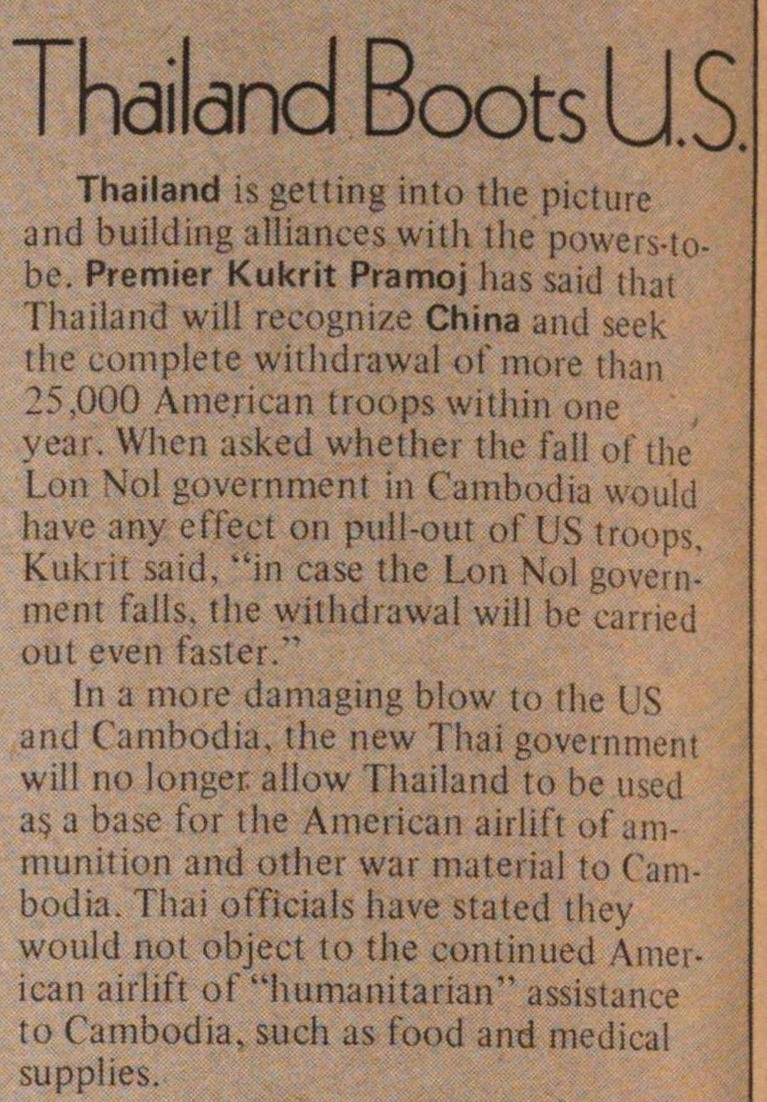 Thailand is getting into the picture and building alliances with the powers-to be. Premier Kukrit Pramoj has said that Thailand will recognize China and seek the complete withdrawal of more than 25,000 American troops within one year. When asked whether the fall of the Lon Nol government in Cambodia would have any effect on pull-out of US troops. Kukrit said, "in case the Lon Nol government falls, the withdrawal will be carried out even taster.

In a more damaging blow to the US and Cambodia, the new Thai government will no longer allow Thailand to be used as a base tor the American airlift ammunition and other war material to Cambodia. Thai officials have stated they would not object to the continued American airlift of "humanitarian" assistance to Cambodia, such as food and medical supplies.