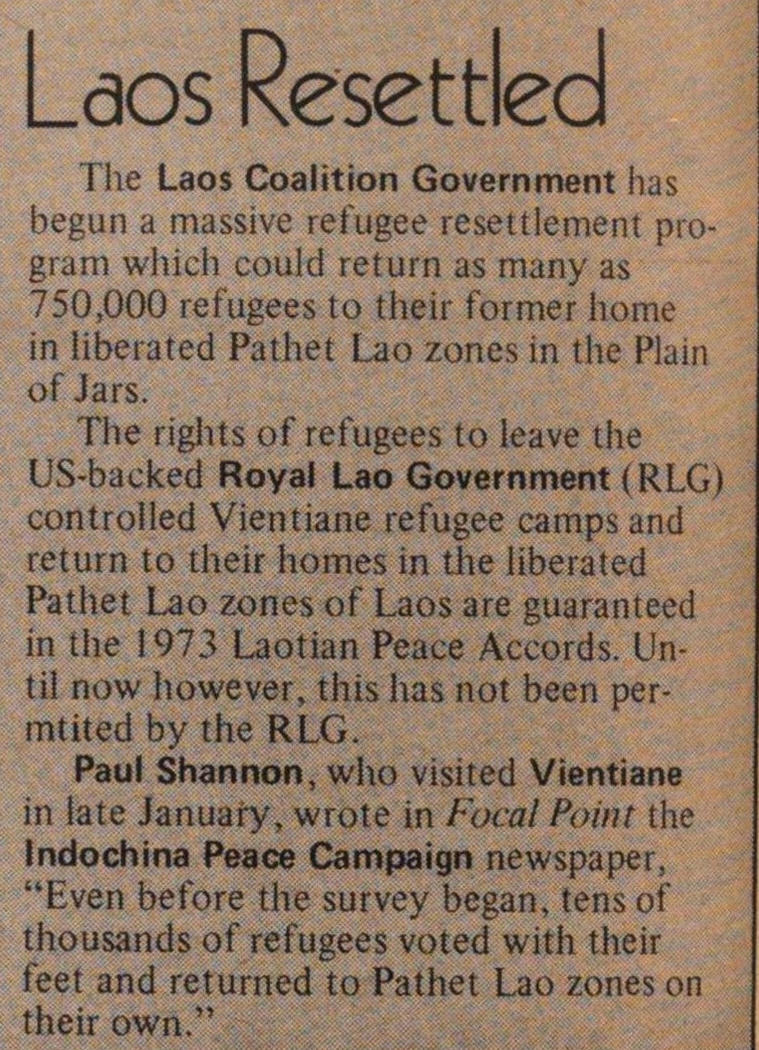 The Laos Coalition Government has begun a massive refugee resettlement program which could return as many as 750,000 refugees to their former home in liberated Pathet Lao zones in the Plain of Jars.

The rights of refugees to leave the US-backed Royal Lao Government ( RLG) controlled Vientiane refugee camps and return to their homes in the Iiberated Pathet Lao zones of Laos are guaranteed in the 1973 Laotian Peace Accords. Until now however, this lias not been permitted by the RLG.

Paul Shannon, who visited Vientiane in late January, wrote in Focal Point the Indochina Peace Campaign newspaper, "Even before the survey began, tens of thousands of refugees voted with their feet and returned to Pathet Lao zones on their own."