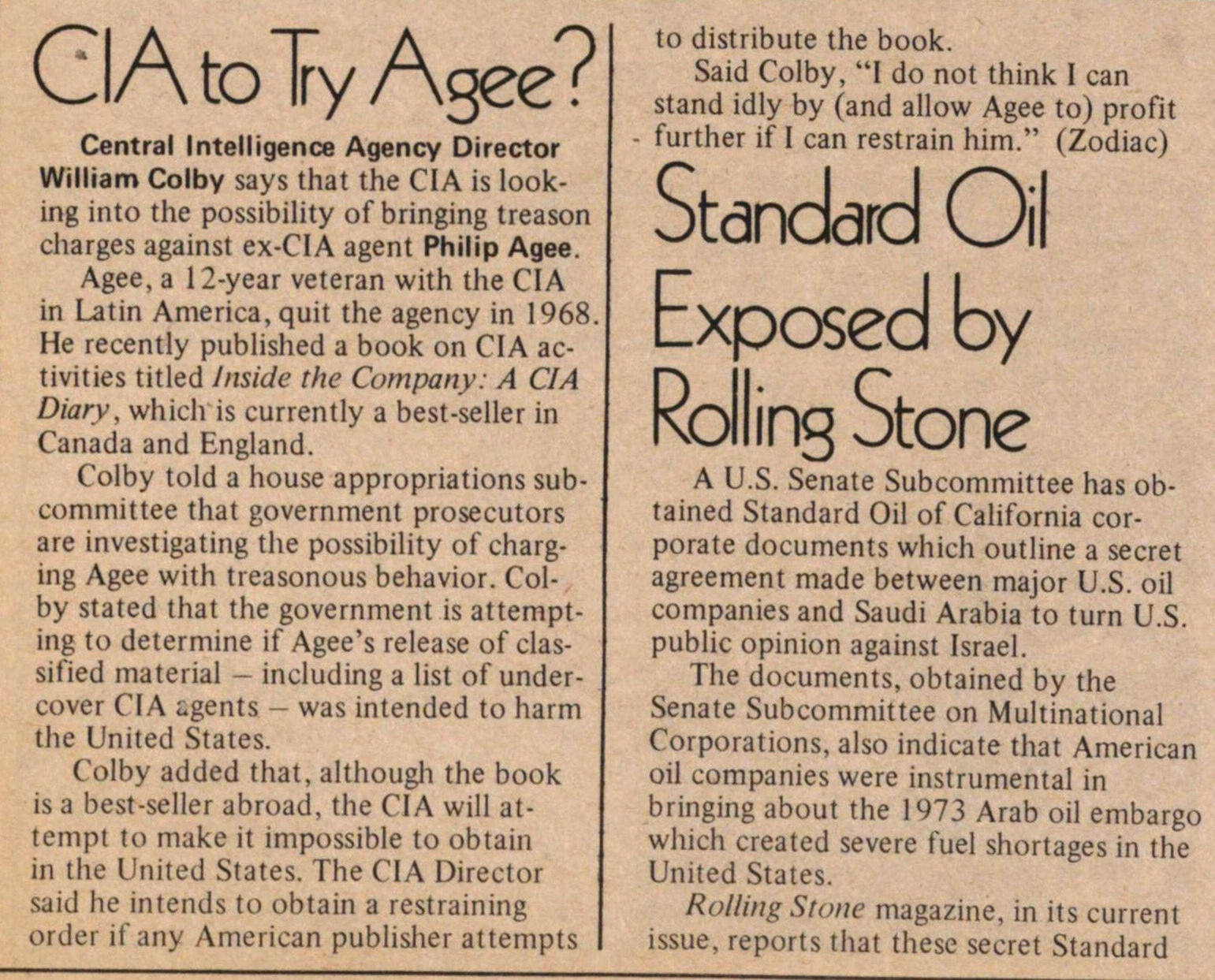 Central Intelligence Agency Director William Colby says that the CIA is looking into the possibility of bringing treason charges against ex-CIA agent Philip Agee.    Agee, a 12-year veteran with the CIA in Latin America, quit the agency in 1968. He recently published a book on CIA activities titled Inside the Company: A CIA Diary, which is currently a best-seller in Canada and England.

Colby told a house appropriations subcommittee that government prosecutors are investigating the possibility of charging Agee with treasonous behavior. Colby stated that the government is attempting to determine if Agee's release of classified material - including a list of undercover CIA agents - was intended to harm the United States.

Colby added that, although the book is a best-seller abroad, the CIA will attempt to make it impossible to obtain in the United States. The CIA Director said he intends to obtain a restraining order it'any American publisher attempts to distribute the book. Said Colby, 'I do not think I can stand idly by (and allow Agee to) profït - further if I can restrain him." (Zodiac)