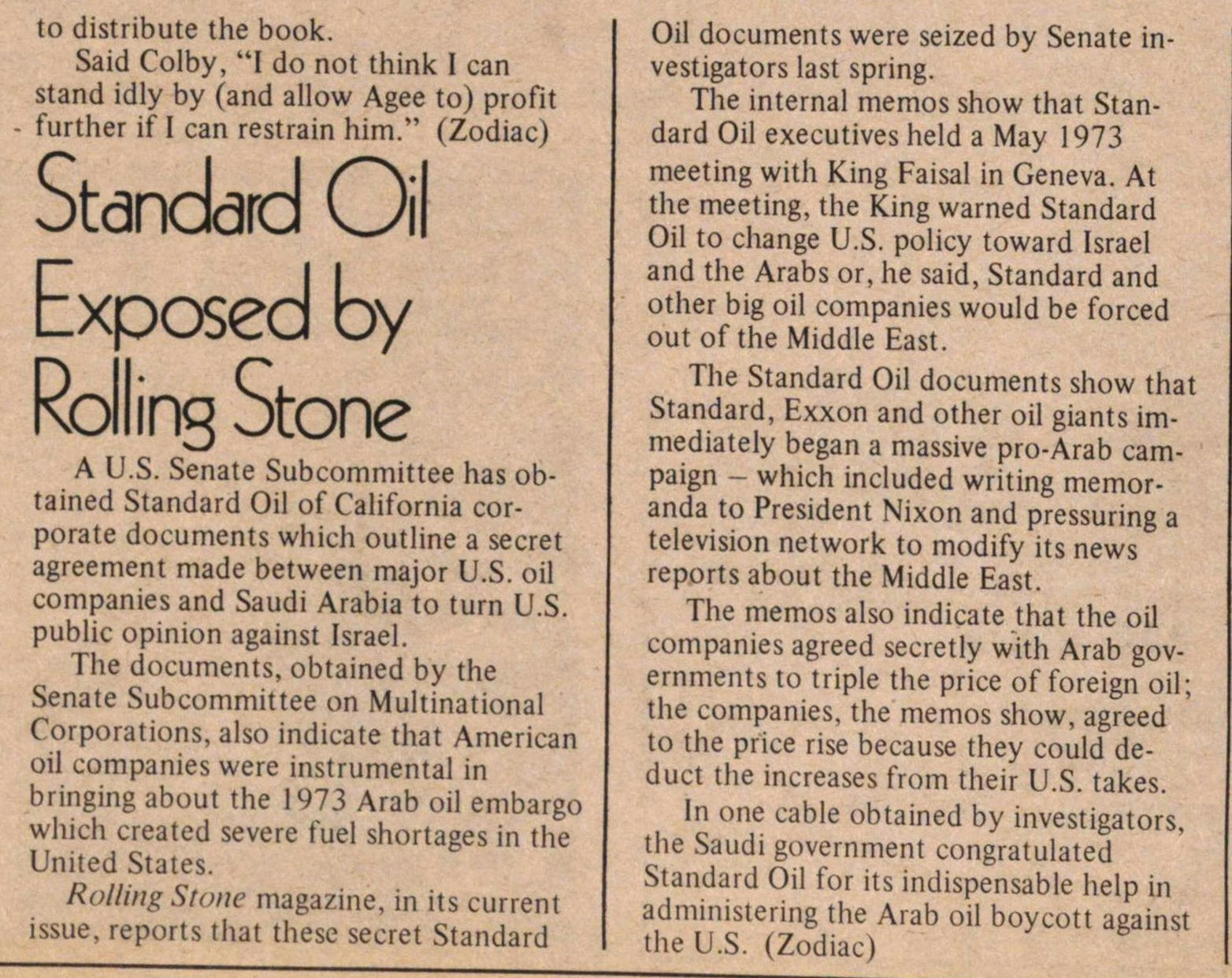 A U.S. Senate Subcommittee has obtained Standard Oil of California corporate documents which outline a secret agreement made between major U.S. oil companies and Saudi Arabia to turn U.S. public opinion against Israel.

The documents, obtained by the Senate Subcommittee on Multinational Corporations, also indicate that American oil companies were instrumental in bringing about the 1973 Arab oil embargo which created severe fuel shortages in the United States.    Rolling Stone magazine, in its current issue, reports that these secret Standard Oil documents were seized by Senate investigators last spring.

The internal memos show that Standard Oil executives held a May 1973 meeting with King Faisal in Geneva. At the meeting, the King warned Standard Oil to change U.S. policy toward Israel and the Arabs or, he said, Standard and other big oil companies would be forced out of the Middle East.

The Standard Oil documents show that Standard, Exxon and other oil giants immediately began a massive pro-Arab campaign - which included writing memoranda to President Nixon and pressuring a television network to modify its news reports about the Middle East.

The memos also indicate that the oil companies agreed secretly with Arab governments to triple the price of foreign oil; the companies, the memos show, agreed to the price rise because they could deduct the increases from their U.S. takes.

In one cable obtained by investigators, the Saudi government congratulated Standard Oil for its indispensable help in administering the Arab oil boycott against the U.S. (Zodiac)