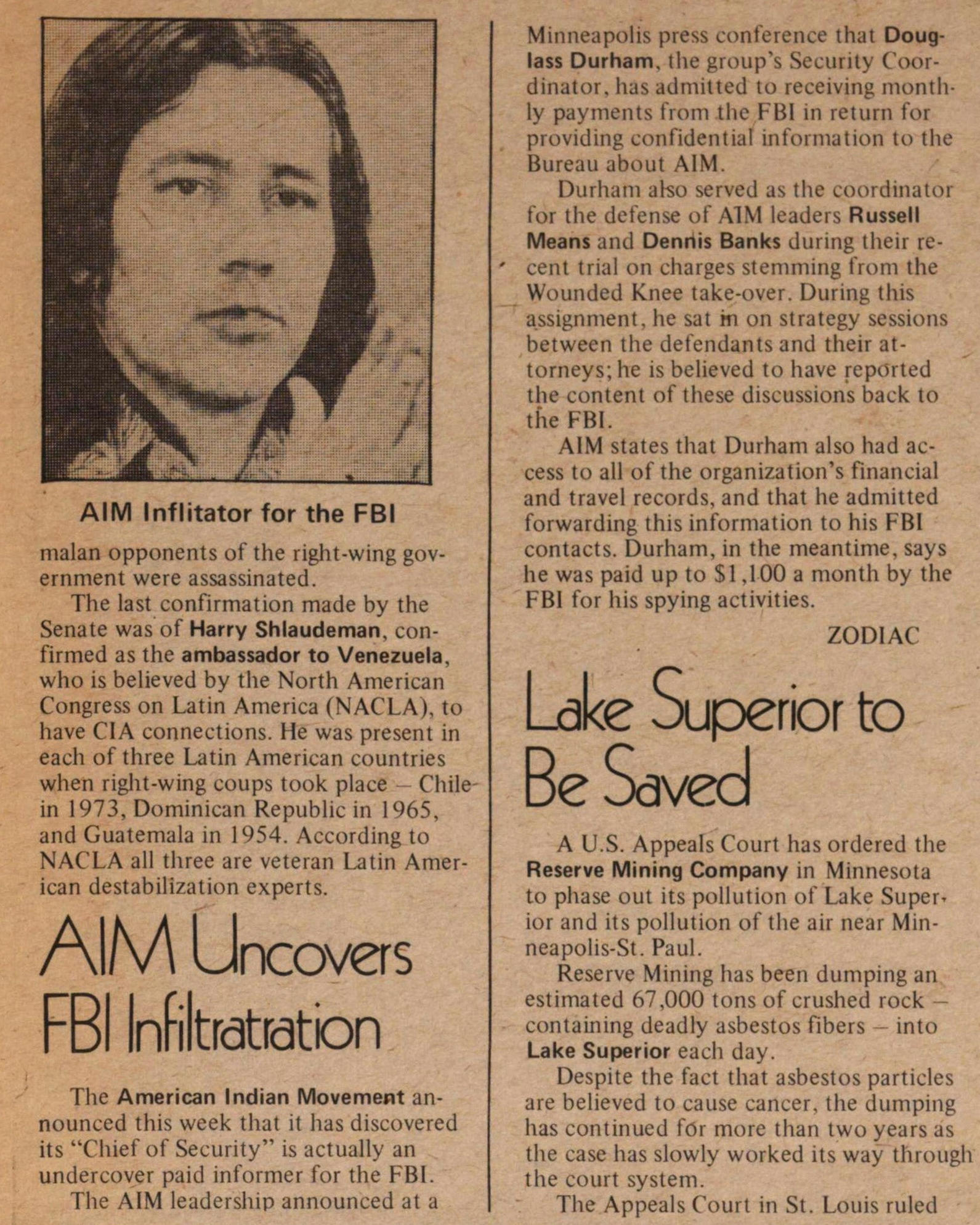 The American Indian Movement announced this week that it has discovered its "Chief of Security" is actually an undercover paid informer for the FBI.

The AIM leadership announced at a Minneapolis press conference that Douglass Durham. the group's Security Coordinator, has admitted to receiving monthly payments from the FBI in return for providing confidential information to the Bureau about AIM.

Durham also served as the coordinator tor the defense of AIM leaders Russell Means and Dennis Banks during their recent trial on charges stemming from the Wounded Knee take-over. During this assignment. he sat m on strategy sessions between the defendants and their attorneys; he is believed to have reported the content of these discussions back to the FBI.

AIM states that Durham also had access to all of the organization's financial and travel records, and that he admitted forwarding this information to his FBI contacts. Durham, in the meantime, says he was paid up to $1 ,100 a month by the FBI for his spying activities.